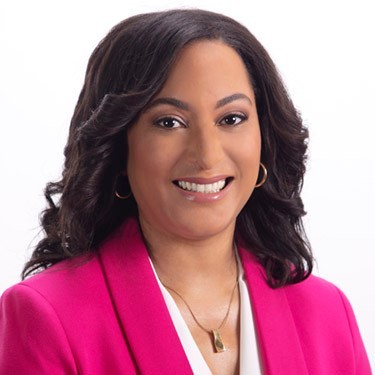 With the election less than a week away, Pennsylvania’s Supreme Court ruled Tuesday in favor of a Republican bid to keep improperly cast ballots from being counted.

The Republican National Committee (RNC), the state Republican Party and the National Republican Congressional Committee filed a lawsuit last month asking the high court to require ballots without the correct date and any date not be counted. The move was in response to acting Secretary of State Leigh Chapman’s guidance to county election departments to count those flawed ballots, despite an order from the U.S. Supreme Court prohibiting it.

Chapman sent a directive to county election officials saying the high court’s order was “not based on the merits of the issue.”

“It provides no justification for counties to exclude ballots based on a minor omission, and we expect that counties will continue to comply with their obligation to count all legal votes,” Chapman wrote in that directive.

“This ruling is a massive victory for Pennsylvania voters and the rule of law,” said Ronna McDaniel, RNC chairwoman. “Following an RNC, NRCC, and PAGOP lawsuit, Pennsylvania’s Supreme Court has made clear that incorrectly dated and undated mail ballots cannot be counted. Republicans went to court, and now Democrats and all counties have to follow the law: this is a milestone in Republicans’ ongoing efforts to make it easier to vote and harder to cheat in Pennsylvania and nationwide.”

According to state law, voters who use mail-in ballots are required to follow rules that say those ballots must be signed and dated on the envelopes. However, the court’s brief ruling said it was divided on the question of whether throwing out the ballots violates federal law. The court ordered Pennsylvania county boards of elections to “segregate and preserve any ballots contained in undated or incorrectly dated outer envelopes.”

“Dates matter, and the dating of important documents has been a critical tool in officiating the legality of documents for centuries. We thank the Pennsylvania Supreme Court for re-confirming what we have said all along: Pennsylvania’s election law is undeniably clear that mail-in ballots and absentee ballots must be correctly dated to be valid.

“We are also glad to see the Pennsylvania Supreme Court order that incorrectly dated or undated mail-in ballots and absentee ballots should be segregated, something we requested the Pennsylvania Department of State advise counties to do weeks ago.

“Today’s decision is not only a win for the plain language of Pennsylvania law, but also for upholding the security and integrity of our elections,” Cutler and Benninghoff said.

Pennsylvania is one of the most-watched states, with the hotly contested race U.S. Senate race between Republican Dr. Mehmet Oz and Lt. Gov John Fetterman, a Democrat. It could determine control of the Senate. While Fetterman had been leading for several months, a Muhlenberg College/Morning Call poll released Tuesday showed the race is now tied.

The RNC is involved in 75 cases of election integrity litigation in 20 states this cycle. This latest victory follows other recent legal wins, including winning a lawsuit against Michigan’s Secretary of State Jocelyn Benson for restricting the rights of poll challengers.

And winning a lawsuit against the North Carolina State Board of Elections’ attempt to restrict the rights of poll watchers.

Chapman did not immediately respond to a request for comment.

However, she did publish an op-ed warning the results of the 2022 midterms might not be known for a few days after the election.

“While we would all like to go to bed on Election Night knowing who won in every race, it will likely take a few days for complete unofficial results,” Chapman wrote.

“An accurate count is paramount and cannot be rushed. County election workers must be given a reasonable amount of time to do their jobs and follow the law. That short interval of time will not be because anything nefarious is occurring; rather, it simply means that the careful, deliberative process and timeline prescribed by Pennsylvania’s Election Code is at work to achieve a thorough count of every eligible vote.

“It takes time to count more than 1.3 million mail ballots. And current election law does not permit counties to begin pre-canvassing these ballots until 7 a.m. Election Day,” Chapman said. 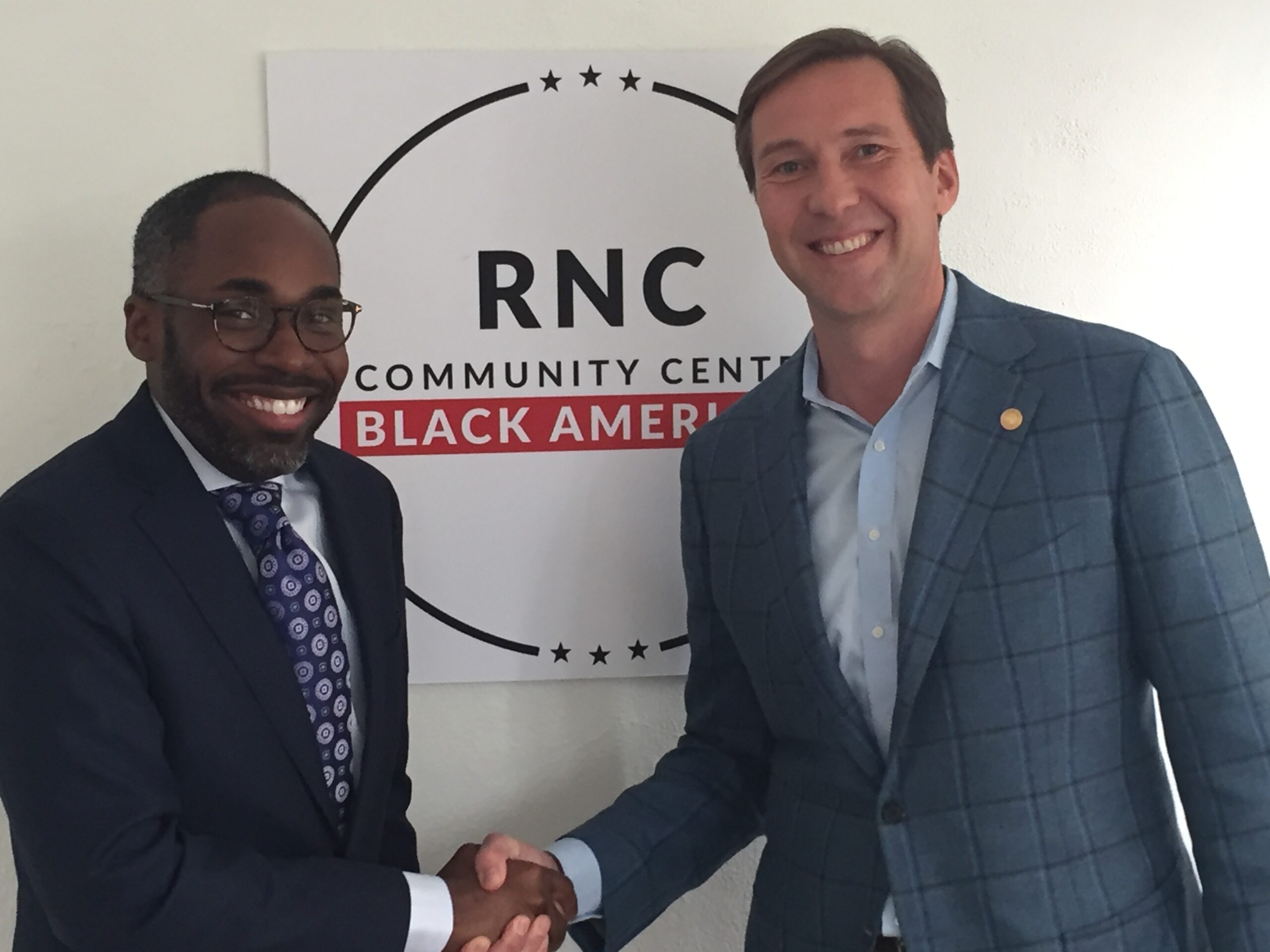 Paris Dennard was among the Republican luminaries who attended a rally to open a new Republican National Committee (RNC) Community Center in Philadelphia’s Germantown section.

The center, which opened last week, is one of three new RNC community centers around the country, part of the party’s outreach to minority community voters. It will house ward leader meetings, social events, community gatherings, and voter registration drives. At the opening, the late Daphne Gibbons, a Philadelphia ward leader, was recognized with a plaque presented to her sons and grandson.

Asked by the Delaware Valley Journal about Democrat politicians who seem to believe they can use the name “Trump” and claim Republicans are for voter suppression to win this fall, Dennard cited Republican wins last November in Virginia.

“In places like Georgia, they tried to lie about the laws, saying that you can’t get food and drink in lines,” Dennard said. “They said things that were just absolutely not true, which led to Georgia losing $100 million in revenue when they removed the (2021) All-Star game from there. I think the Black community is smart enough to understand what these laws are doing and differentiate between the tried and true liberal rhetoric of division and race-baiting versus the actuality of what Republicans are trying to do, which is to make it easier for people to vote and harder for people to cheat.”

“It was the great honor of a lifetime,” he said. “I was 24 years old and right out of college. And being there at so many historical moments in a Republican administration was truly humbling and something I’ll never forget.”

The Republican Party has welcomed him and is inclusive, he said.

“I’m living proof of the inclusivity of our party,” said Dennard. And he said more than 80 Black Republicans are running for Congress this election cycle.

“This office is just a first step. It is a step that will be critical and important,” said Pennsylvania GOP Chairman Lawrence Tabas.

All Republicans “need to begin a listening tour so that we can start to work together and build a partnership. And I don’t mean just when the cameras are rolling. I don’t mean just during an election cycle like this. I mean, all throughout the year…the ideas and the programs and policies that you can talk to us about so we can put them into action will be critical.”

Calvin Tucker, deputy chairman of the Pennsylvania GOP, said, “We’re standing here in the heart of Germantown. We are steeped with history and culture. I just want to go back to 1688 in our community, here in Germantown. The Germantown members of the Religious Society of Friends (Quakers), they were the first group in this nation to stand against slavery. That’s an investment they made at that point, in human nature. Today the RNC, the Pennsylvania GOP, and the Philly GOP are making an additional investment in who we are because it’s important.” 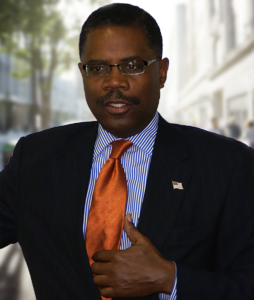 While we had record low unemployment for everyone, including African Americans, under President Trump, now there is ‘Bidenflation.’ We have invasions. We long for those days when we had strength.”

“We know what we’ve been through in these past 60 years of Democrat rule in the city of Philadelphia,” said White. “And while they may call it progress, I’ll tell you–” The crowd laughed. She told them it was important to talk to their friends and relatives about politics.

“Homicides are at historic highs in our city,” said White. “Criminals on our streets are stealing the lives of our youths and ripping away any comfort and safety for our families and business owners that they did at one time have in our neighborhoods. We believe in fully funding law enforcement so they can provide community policing. We want the district attorney to prosecute criminals who are breaking our laws and terrorizing our communities.”

She also touched on school choice so students can get a “quality education regardless of their Zip code,” saying Democrats are in the “pockets of the teachers’ unions.”

Dennard also spoke to the crowd, saying that besides the new community centers, the RNC made “a five-figure media buy” on Black news stations for Black History Month, honoring Black Republican elected officials.

“We’ve all got to do our part to make sure the 21st century is the American 21st century,” said Hicks. “And unfortunately that is not a given. It’s clear that our nation is suffering under the failed leadership of Joe Biden, Kamala Harris, Nancy Pelosi, Chuck Schumer, and the Squad who rules all of them.”

He added, “Inflation (at) 40-year highs, the price of everything from food, transportation to heating oil is going up. This is a hidden tax on the American people esp. affecting the middle class and lower-income Americans. You name it, it’s going up…And this sagging economy is a direct result of the Democrat Party, their failed policies are making life harder on all of us.”