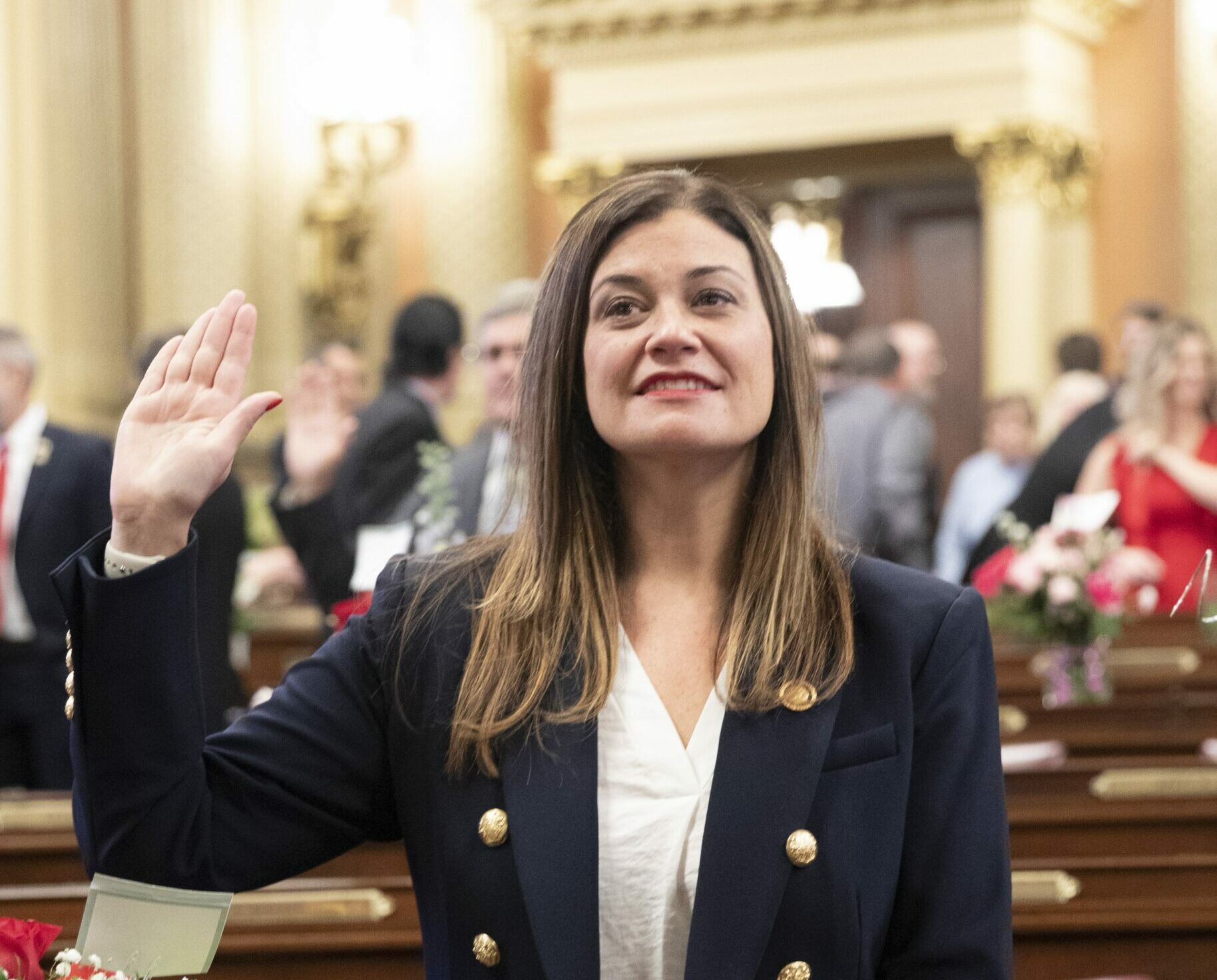 Freshman state Rep. Kristin Marcell (R-Richboro) is already making an impact in Harrisburg, releasing a statement calling on Speaker Mark Rozzi (D-Berks) to resign the speakership of the House of Representatives.

Like many of her fellow House Republicans, Marcell believes Rozzi has reneged on a pledge he made to leave the Democratic Party and become an independent once elected Speaker.

“Last week, I communicated my dissatisfaction with Speaker Rozzi and gave him an opportunity to keep his word, fulfill the promises he made to the citizens of Pennsylvania and members of the House, and call the House into session so we can begin the people’s business. Now that Mr. Rozzi has failed to take action on any of these items, I must ask for his immediate resignation as speaker of the House.

“With his announcement of a statewide tour as well as his failure to register as an Independent and build a bipartisan staff, it now clear that Mr. Rozzi has no intention of keeping his word,” said Marcell.

Marcell joins Rep. Jim Gregory (R-Blair), who nominated Rozzi for the Speaker post, in calling on him to resign, claiming that he has not fulfilled his promises.  Rozzi did not immediately respond when asked to comment on Marcell’s call for his resignation.

Rozzi has also declined to make a clear public statement about what he pledged to do regarding his party registration when he was negotiating with Republicans. Democrats say he merely pledge to be an independent Speaker — avoiding partisan stances and declining to caucus with the Democrats.  Republicans insist he promised to drop his Democratic registration and become a capital-I independent.

“It’s time for Mr. Rozzi to honor the commitments he made in accepting the role of speaker, especially his pledge to change his registration from Democrat to Independent as a symbol of unity,” editorialized the Pittsburgh Post-Gazette.

Rozzi has embarked on what he calls a “listening tour” around the state.  And with the House on pause, the Senate also took a two-week hiatus so the business of the legislature has halted.

Rozzi announced the first of several planned listening tour sessions at the Carnegie Mellon University Tepper School of Business in Pittsburgh on Jan 25. He will be joined by members of the bipartisan Speaker’s Workgroup to Move Pennsylvania Forward, a group of six House members convened to create bipartisan operating rules for the House. They are also tasked with breaking partisan gridlock in Harrisburg to swiftly address justice for survivors s of sexual assault, according to Rozzi.

The Speaker and House members will be joined by representatives from interested groups and survivors of childhood sexual assault to discuss how to improve House operations and the importance of providing the opportunity for survivors of childhood sexual assault to get the justice they deserve. The public is invited and can speak during a public comment period at the end of the session.

Marcell is not satisfied with Rozzi’s plans.

“The people of Pennsylvania expect us to act on the important issues of the day: fighting inflation, helping job creators to grow our economy, working to improve schools, and making our communities safer,” Marcell said. “I stand ready and able to work on these and other issues, but Speaker Rozzi’s actions have now paralyzed the House of Representatives when action is needed. He must resign the speakership so that we can begin to move our state forward.”