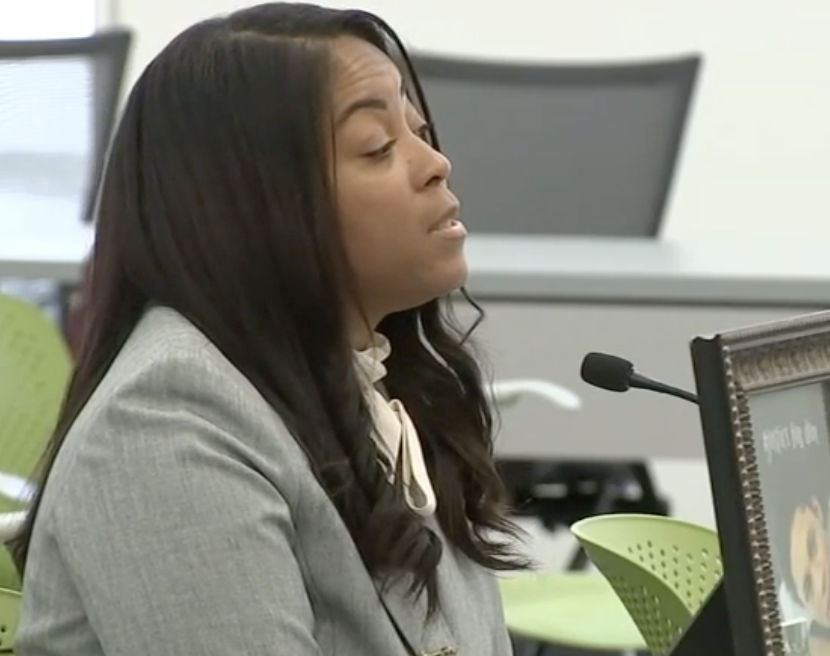 “Krasner’s office has failed us.”

That was the testimony of Karen McConnell on the first day of the House Select Committee on Restoring Law and Order hearing at the Philadelphia Navy Yard Thursday. While the topic was the crime crisis, the target was progressive District Attorney Larry Krasner.

McConnell lost her granddaughter, Jailene Holton, in June after a man fired 15 shots into the Philly Bar and Restaurant in Northeast Philadelphia. She blamed the district attorney for “pacifying these criminals” who, because of his policies, evaded punishment on prior charges. McConnell was one of several family members of homicide victims who shared their stories with state representatives conducting the hearing.

Krasner and his allies dismissed the bipartisan committee’s investigation as a political stunt. Krasner allies mocked the proceedings by staging a fake “circus” outside, complete with jugglers and clowns. Republicans were outraged.

“This is the kind of respect the supporters of DA Krasner believe victims of violent crime and their families testifying today deserve,” said House GOP spokesperson Jason Gottesman. “This is grotesque and shameful. As tears are shed in today’s hearing over loss of life, Krasner’s supporters are throwing a party. Sickening.” 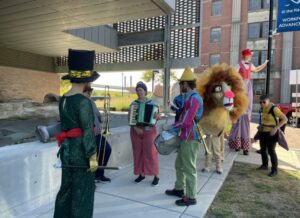 Supporters of Larry Krasner stage a mock “circus” to protest the House Select Committee Hearing on Restoring Law and Order.

And though the testimony was sometimes emotional, in the committee hearing there were few political fireworks. Rep. John Lawrence (R-West Grove) kept the hearing civil and focused on the testimony. “If you’re expecting simple-minded mudslinging, you will be disappointed.”

In his opening statement, Lawrence avoided rhetoric and instead told how his parents met in the city, attended Temple University, and eventually started a family.

“I would not be here without the story of Philadelphia,” he said. He added, “It would be a dereliction of duty if we did not take action,” and then laid an account of the rising crime and environment of lawlessness on the city’s streets.

“The increase in crime has led to a decline in the quality of life in the city, the regional impact to surrounding areas, and, of course, lifetimes of pain for those who have lost a family member to senseless criminal activity,” said Lawrence.

The four-member committee heard more than an hour of testimony from crime victims and family members of those who lost their lives to criminals. They testified about being discouraged by the slow pace of justice in their cases. Some claimed they did their own investigative work to find information overlooked by police. Others lamented poor communication from city prosecutors assigned to their cases. Longtime residents said their neighborhoods are overrun by emboldened criminals, pointing to suspects who either were arrested and released or had their charges dismissed. Either way, they said, the bad guys were back on the street.

And they blamed Krasner.

Nakisha Billa, who lost her son Domonic in March 2021 in a shooting at the Franklin Mills Mall, said the information provided by the CARES program was not helpful and she had to track down city victims’ services herself. Her testimony echoed a familiar refrain from victims’ families that the District Attorney’s office under Krasner has not put enough resources or attention to those families, she insisted that her testimony was without political motive or invective.

In an exchange with Rep. Amen Brown (D-Philadelphia), Billa said she wanted to leave the city, despite having lived here all her life and Philadelphia still being home to her family and support system.

A particularly poignant moment came when Brown shared a conversation he had with a 100-year-old constituent who wanted him to clean up her block in West Philadelphia. For years she spent part of her day sitting on her porch but said fear of crime had now driven her indoors. “She told me, ‘I want to do it one more time before I pass,'” Brown said.

Rep. Martina White (R-Philadelphia), the city’s former GOP chair, shared her frustration with the lack of results and her compassion for the city’s victims of crime.

“Larry Krasner has denied these victims a voice,” she said. “He has tipped those scales of justice in favor of the criminals. It’s out of control and we have to do more about it. I’m really grateful that Harrisburg and specifically the members of this committee have come to Philadelphia to learn about what is happening here, firsthand.”

Questioned by a reporter about why Krasner had not been called as a witness, White said, “That is up to the committee. The D.A. has already been extremely disrespectful to the process. He’s ignored subpoenas and was held in contempt out in Harrisburg by a bipartisan majority in the House. It is really time that he pays attention to what the people of Philadelphia want. They want criminals held accountable and they want it to start now. We’re tired of waiting. We need safety and security on our streets.”

As of Wednesday, the city has 401 homicides in 2022 while carjacking eclipsed 1,000 for the first time in history.  And though gun possession arrests have drastically increased recently, conviction rates — the share of cases prosecuted by the district attorney’s office that result in a conviction — for gun possession declined. Between 2015 and 2020, the share of illegal gun possession cases resulting in conviction fell from 65 percent to 42 percent, according to the city controller.

Billa compared the constant reporting on crime statistics to coverage of the score during a basketball game. “Only this is not a game, and I’m tired of losing.”