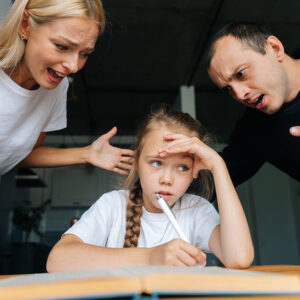 I have been a local school board member since my daughters, now 11th-graders, were in second grade. In that time, I have been involved in education policy discussions at the local, state and national levels on issues related to the rights of LGBTQ+ students, standardized testing and the privatization of public education. The rise of the so-called “parental rights” movement in public education has been one of the thorniest, most perplexing issues I have encountered.

There is no doubt that parents play a crucial role in the education of their children. Who would dare argue that they don’t? But in the face of the anti-Critical Race Theory, anti-LGBTQ+, anti-Social Emotional Learning, anti-Diversity Equity and Inclusion juggernaut unleashed by heavily funded, right-leaning astroturf parent groups such as Moms for Liberty, it has become imperative that we have an honest discussion about how much say parents should have in what is (or is not) taught in our public schools.

My district, unlike many, is racially, ethnically and socioeconomically diverse, with 31 languages spoken in the homes of our students. Educating such a diverse student body presents many challenges and requires a nuanced approach to policy and practice that ensures all students have equal opportunities to learn, thrive and grow. While it is easy for school leaders to say they embrace diversity, equity and inclusion, it’s far too challenging to implement policies promoting those principles.

I have spent my time on the school board helping to develop systems that ensure decisions are made collaboratively and with as many voices at the decision-making table as possible. This means making space not only for administrators, teachers, parents and students but also ensuring that historically marginalized groups are represented.

Decisions that affect students should never be based on the whims of those with the most privilege or power and indeed not on who has the loudest voice in the room.

However, the latter has become the hallmark of parental rights activists. They attend meeting after meeting, berating, shouting down, and even making death threats against school board members. During the pandemic, battles over masks erupted at podiums at far too many school board meetings across the country and quickly morphed into demands to ban books, censor curriculum and muzzle “woke” teachers that parents accused of “grooming” their children.

In the 2022 midterm elections, parental rights activists were on the ballot in numerous states. With the support and endorsement of Moms for Liberty, they ran campaigns to become school board members in districts in red, blue and purple states. Moms for Liberty operates county chapters that aim to serve as watchdogs “over all 13,000 school districts.” Chapters empower parents to “defend their parental rights” and “identify, recruit & train liberty-minded parents to run for school boards.”

The “anti-woke” agenda espoused by Moms for Liberty endorsed school board candidates had the greatest successes in Florida, where Gov. Ron DeSantis proudly declared the state of being “where woke goes to die.” But in many other parts of the country, parental rights candidates lost their elections, with even conservative political operatives acknowledging that many of their campaigns were “too hyperbolic.”

Chaos has already erupted in several districts where they succeeded and won board majorities, with newly formed, inexperienced boards firing superintendents or forcing them to resign. One board voted to ban the teaching of Critical Race Theory just hours after being sworn in.

After a decade of experience as a school board member, there’s one thing I can say for sure — the majority of parents, teachers and community members do not respond well to instability and disruption in their local public schools. When school boards run amok and rash decisions make headlines, communities work quickly to restore calm. If parental rights school board majorities continue to govern recklessly, they will undoubtedly face a backlash from voters.

Creating and implementing sound school policies and practices that respect and affirm all students requires collaboration. It does not allow for the divisive, polarizing rhetoric and impetuous, rash decision-making that have become the calling cards of the so-called parental rights movement.