Frustrated by High Gas Prices? It’s Not The Person at the Pump’s Fault 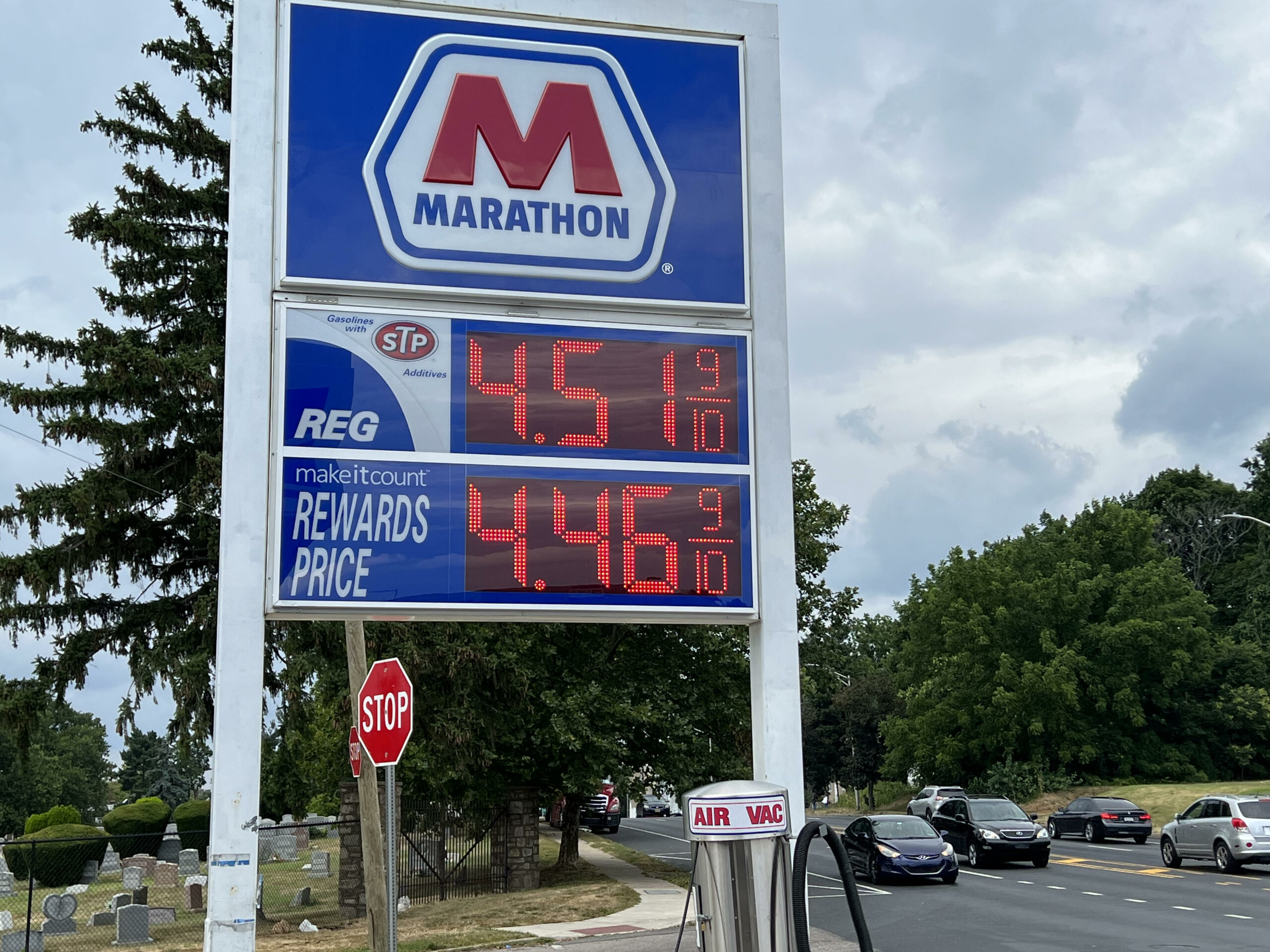 If you are like most American drivers, you are frustrated with the price of gasoline. Even though prices have come down in recent weeks, most of us are still paying $4.50-a-gallon or more.

President Joe Biden is selling that as good news for consumers. On July 22 he tweeted, “Gas prices have declined by an average of 60 cents per gallon over the past 38 days. Five straight weeks of gas prices coming down.”

He retweeted that message on Monday with an addition, “Make that 65 cents down over 40 days.”

Still, that leaves gas prices $2 per gallon higher than when he took office ($2.38 per gallon).

Biden is clearly hoping to get some goodwill out of lower-than-record gas prices. His supporters point to his release of one million barrels of oil a day from the nation’s Strategic Petroleum Reserve, while Biden has blamed the oil companies and gas stations for keeping prices “artificially high.”

Earlier this month Biden, who has taken heat over the high prices, called on gas stations to lower them saying, “Bring down the price you are charging at the pump to reflect the cost you’re paying for the product. And do it now.”

But gas station owners don’t have much control over gas prices. They are at the end of a chain that leaves them little wiggle room as to what they charge at the pump. That is if they wish to turn a profit, a profit that is perhaps two cents per gallon.

Like other owners, he deals with the fact that the price he pays for gasoline is constantly changing, based on the “rack price.” That is the price dealers pay at the distribution terminal where fuel is loaded onto trucks for delivery to service stations. That price is not subject to negotiation and continually fluctuates because of ongoing changes in market conditions, such as Russia increasing production.

“The rack price is set at 6 p.m. every day,” Coughlin explains. “It flows all over the place.”

As a result, the price a consumer pays at the pump fluctuates considerably as well, as seen in recent months.

But regardless of how much the price fluctuates, up or down, the service station owner’s profit margin remains unchanged: Likely around two or perhaps three cents a gallon.

“It’s a tough way to make a living,” Coughlin said.

Alex Baloga, president and CEO of the Pennsylvania Food Merchants Association, which represents convenience stores that often have gas pumps, said many things factor into the price of oil, such as the supply chain, labor shortages, the war in Ukraine, COVID, and increased travel causing demand to rise.

“The price is not set by the retailer,” Baloga said. “We’re here to serve the customer and provide the best price possible.” As for the cost increases, he said, “We take this very seriously.”

“I think it is challenging for both consumers and businesses alike,” he said. “These (prices) are out of your control. I can understand (customers’) frustration.”

Rich Booker is an attorney based in Wayne who formerly worked for the Sun Oil Company.

Booker agreed the price of gasoline is impacted by several factors, including what traders think the price of crude oil will be months or perhaps a year down the road, based on the principles of supply and demand.

The futures price impacts what refineries charge for fuel. That cost is then passed along to terminals that distribute fuel to individual service stations. By the time the owner or manager of your local gas station or convenience store receives their supply of fuel, they are absorbing all those costs and are also paying state and federal taxes.

“They have no pricing power,” Booker said. “They pay for it at the terminal tank. They’re getting one or two cents per gallon.

“They can’t cut (the price). “If they cut it three cents they would lose money on every gallon.”

And far from pushing higher prices, according to Jeff Lenard at the National Association of Convenience Stores (NACS), higher gas prices drive down local businesses’ profits. That is because stations cut into their profits in an attempt to soften the financial blow.

And gasoline has never been the primary profit center for those businesses.

“Convenience stores, which sell an estimated 80 percent of the fuel purchased in the U.S., rely on in-store sales, not fuel sales, to drive profits,” according to a statement from the NACS. “But high gas prices are hurting customer traffic in stores and ‘basket’ size: Nearly half of all retailers (49 percent) say that customers coming inside the store are buying less compared to three months ago when gas prices were $1.50 a gallon lower.”

Booker notes overall demand has gone down slightly in recent years as Americans drive cars that are more fuel efficient or are hybrid vehicles. But the surge in prices that started last spring was related to several factors including the pandemic.

“There was no demand (during the pandemic).” Booker points out. Refineries were operating very slowly (or) were shut down.

“Then they opened up again. Demand increases and there’s not enough refinery capacity to meet the demand,” he said. “There was a rise in the demand after the opening up and there was not enough gasoline that could be produced in the country anymore because of all those factors and the lockdown.”

Even after refineries were again operating at full capacity, they were unable to produce enough gasoline to meet the demand, he said.

Booker cites Biden’s decision to close the Keystone Pipeline on the first day of his presidency as a key factor in the price increases.

“When Biden shut down the Keystone Pipeline, immediately the target price of the next month’s next year’s crude oil went up 15 percent right there.”