KING: How I Came To Fall for Taylor Swift Big Time 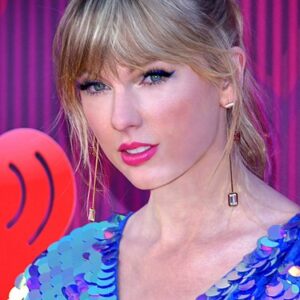 If Taylor Swift sat next to me on a bus – an unlikely confluence — I wouldn’t know that she was a famous singer, an idol to millions of young people (who call themselves Swifties), and especially to young women. But I have fallen for her big time.

Popular culture – with which I’ve never been very familiar, even when I wrote about movies and the theater — has given me a wider-and-wider berth as time has passed. Truth is that I am more familiar with the evolution of technology than I am with the history of pop music, more comfortable with Turner Classic Movies than I am with this year’s releases.

This from a man who was paid by the London Dispatch to follow Elizabeth Taylor and Richard Burton around London when they were making “Cleopatra” — and making whoopie — in 1962.

I might mention that when I did catch up with the most famous lovers of the day, they were lunching in a pub near where I lived in the leafy Dulwich area of South London. They were everything you would want of lovers: They glowed, held each other’s eyes, and were so clearly in the thralls of enchantment that I didn’t call for a photographer, or in any way fulfill my assignment for the newspaper. It was an active dereliction of duty, but they were so compelling.

The Romantic poet Lord Byron — who knew a thing or two about adulterous love — described an adulterous pair as “happy in the illicit indulgence of their innocent desires.” Taylor and Burton seemed to be lost in their affair, and then it was adultery — they were both married, although later they wed, twice.

So much as I have been aware of the couplings of the rich and famous since those days, I have thought of them as tawdry. If you had seen Taylor and Burton in love, you would have dined at the table of the gods: love, fame, wealth, and talent in one sublime package.

Enter Taylor Swift. I had gleaned indirectly — the way one picks up information about subjects that don’t really interest one — that she has had a string of lovers and almost ritually wrote songs about them. Self-indulgent, I thought. So many not very good modern singers seem to sing about themselves and their luckless love lives. Sing what you know, as it were.

So how come I’m head over heels for Swift? I have said I don’t know what she looks like, and I don’t believe I would recognize her music — that is until I listen to the lyrics.

I met Swift and fell for her on one of those websites that aggregate quotations. I tell you the woman is a poet, a remarkable poet of love and its turbulence.

“Who could ever leave me, darling/But who could stay?”

“You’re not my homeland anymore/So what am I defending now?”

“Cold was the steel of my axe to grind/For the boys who broke my heart/Now I send their babies presents.”

They are so elegant and so true that they belong up among the great lyrics of the great love songs of the musical theater, the world of Ira Gershwin, Cole Porter, Lorenz Hart, Oscar Hammerstein, and others from the golden age.

I don’t expect to meet her, nor do I have any special desire to. But if I did, I would say, “Keep writing, Taylor. You comfort young hearts and light up old ones.”