Republicans Distrust Everyone When it Comes to Elections; All Voters Distrust Gov. Wolf 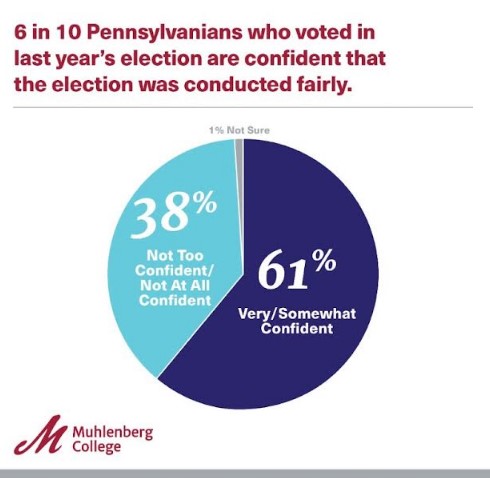 A new poll from Muhlenberg College found a striking level of distrust in the election process among Pennsylvania voters, especially Republicans, with the 2022 primaries less than four months away. 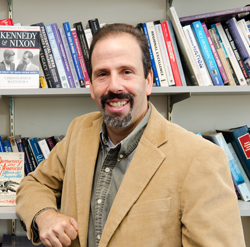 “The persistence of beliefs that there was widespread election fraud in 2020 among a significant portion of the Pennsylvania electorate, despite no evidence of that happening” was the poll’s most interesting conclusion, said Christopher Borick, director of Muhlenberg’s Institute of Public Opinion. “The high levels of distrust in almost all institutions and electoral processes among Republicans is also noteworthy.”

Republican voters voiced a higher level of distrust for every institution of state government than others. That distrust extended to the GOP-controlled legislature.

Only 49 percent of Republicans strongly or somewhat believe the legislature will provide a safe, secure, and accurate election, the poll found. 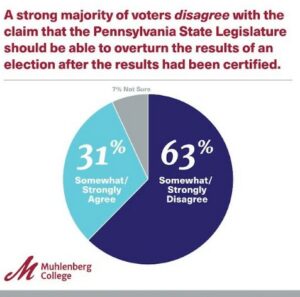 “I’m not sure how many voters know which party controls the state legislature, so maybe that partially explains the high levels of distrust Republican voters have for that institution,” Borick said. “However, I think there is a significant portion of the Republican electorate that simply distrusts all things related to government right now.”

“The lingering distrust we are seeing in the 2020 election is due to the ongoing parroting of Donald Trump’s lies,” Pennsylvania Senate Minority Leader Jay Costa said. “His loyal, but misguided, messengers continue to sow the seeds of doubt about our elections without a shred of evidence or proof. They are eroding faith in our process, which is ironic given that many of them were elected through the very same process and do not question the validity of their own races.”

In one of the seven press releases issued by Trump on Jan. 6, he attacked the House committee investigating the riot at the U.S. Capitol last year for not addressing the 2020 election.

“Why is it that the Unselect Committee of totally partisan political hacks, whose judgment has long ago been made, not discussing the rigged presidential election of 2020?” he asked. “It’s because they don’t have the answers or justifications for what happened. They got away with something, and it is leading to our country’s destruction.”

And in a recent  NPR interview, Trump reiterated his claim there was a “corrupt election” in Pennsylvania, among other swing states. In particular, he repeated a claim that there were more votes in Philadelphia than there were voters.

While the raw total number of voters who cast ballots in Philadelphia was high, the turnout rate compared to registered voters was 65.9 percent—meaning there was about 34 percent of registered voters who did not vote. Additionally, Trump pulled in a higher proportion of the vote in Philadelphia than he did in 2016, contradicting claims that Democrats ran up their own vote margin in the city. 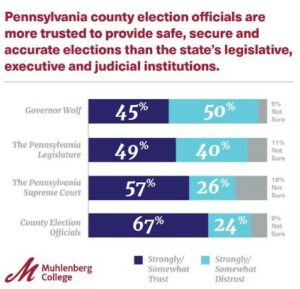 While distrust is high among Republicans, it is not absent among Democrats. A majority of Democrats—57 percent—believe voter suppression is the biggest threat to the upcoming 2022 midterm elections.

That common belief among Democrats has fueled their own version of stolen elections, including Beto O’Rourke’s losing Senate campaign in Texas, Andrew Gillumm’s losing gubernatorial run in Florida, and Stacey Abrams’ losing campaign for governor in Georgia. Democrats have also objected to the result of each presidential election they have lost since 2000.

Claims of widespread voter suppression are, however, belied by data. According to the census bureau, overall voter turnout is higher than at any time in the last century. Black turnout continued its trend upward, having only been higher during the 2008 and 2012 elections. And turnout among Hispanics hit a record in 2020.

Democrats’ concerns over voter suppression largely do not extend to efforts by the Republican-controlled legislature to reform state election laws, however.

Among all voters, county election officials are the most trusted to provide a safe, secure, and accurate election while Gov. Tom Wolf, a Democrat, is the least trusted.