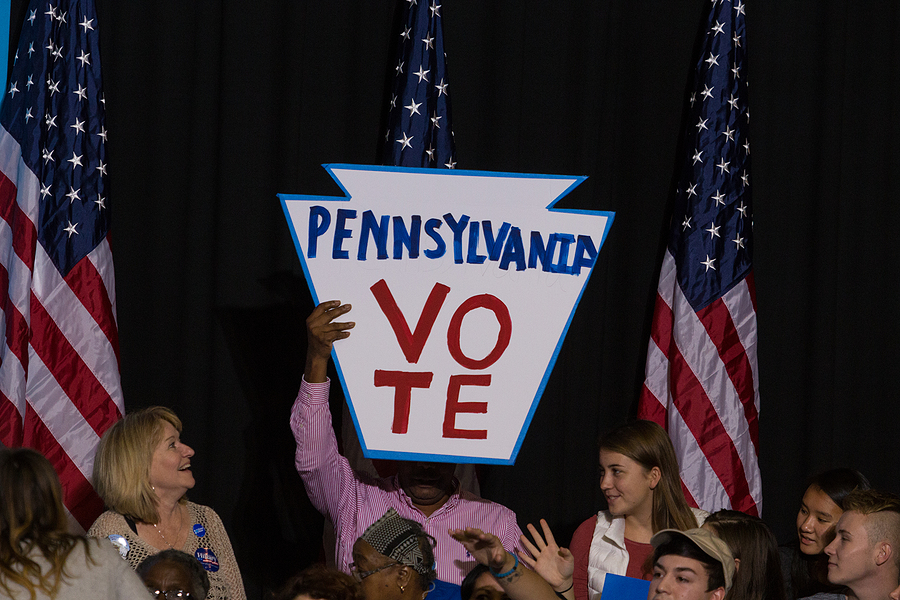 More often than not, voters tend to regard primary elections as an afterthought, unless a presidential race is involved. In 2018, the last set of midterm primary elections drew just 18 percent of Pennsylvania’s registered voters to the polls, partly because the number of competitive races tends to be relatively small; candidates endorsed by a major party are often unchallenged in that party’s primary.

On May 17, Pennsylvania voters will choose their party’s candidates for governor, lieutenant governor,  the U.S. Senate, as well as 18 seats in the U.S. House of Representatives.

There are also seats at stake in the Pennsylvania House and Senate. Here is an overview of the contested Statehouse races that will be decided next Tuesday.

Democratic Sen. Anthony Hardy Williams has been in office since December 1998. He is being challenged by Philadelphia school teacher Paul Prescod, who took a leave of absence to enter the race.

“The experience of teaching in the public schools was a motivator,” Prescod said. “Just seeing the drastic level of disinvestment and crisis within the schools and feeling like we’re heading toward a disaster when it comes to public education, like heading toward full-scale privatization if we don’t change direction.”

A longtime proponent of school choice, Williams points to the disparity in funding from one school district to another.

“People talk about fair funding,” he said. “I’ve been a supporter of that. In the meantime, there’s a generation that is receiving all that it can from certain schools. If that’s the case in regards to who you are, your income level, what you look like, that can restrict (a school district’s ability to provide a safe quality public school education.”

Sauer is calling for, among other things, reducing or eliminating property taxes for seniors, fully funding police departments, and responsible use of the state’s gasoline tax.

Spillane is campaigning on more stringent voter ID requirements and is pro-life. She also favors school choice and an expanded vouchers program.

Democratic Rep. Greg Vitali was first elected in 1992. Vitali is calling on the General Assembly to fully fund the state’s Department of Environmental Protection.

“As Democratic chairman of the House Environmental Committee my focus next term will be on Pennsylvania environmental policy–specifically, addressing climate change, promoting renewable energy and energy conservation, and stricter regulation of Pennsylvania’s oil and gas industry,” said Vitali. “I also will continue to be a strong supporter of  brick and mortar public schools, women’s reproductive rights. and sensible gun legislation.”

He is facing a primary challenge from David Brown a musician, community organizer, and self-described activist; as a high school student, he worked on John Kerry’s 2004 presidential campaign.

“When the (Republican) opposition right now is historically malevolent, especially where voting rights and the environment are concerned, our Democratic representation needs to be the absolute best, and brightest, and most proactive,” Brown said.

Republican John Lawrence has held this seat since 2011. He is currently the speaker pro tempore of the state House. Lawrence is facing a primary challenge from Carmela Ciliberti.

“The number one issue I hear about on people’s front porches is that folks are fed up over Wolf’s shutdowns and Biden’s inflation,” he said. “A trip to the grocery store or the gas pump is out of sight. I was a ‘no’ vote on the gas tax hike a few years ago, but the federal government must get out of the way of the development of natural resources to bring down gas prices.”

Ciliberti, who did not respond to an interview request from Delaware Valley Journal, supports Photo ID for voters and eliminating unexcused mail-in ballots.

According to the termlinits.com website, she also supports term limits.

Two Republicans are facing off in the 167th District for the right to challenge Democratic incumbent Kristine Howard this fall.

Gail Newman has the endorsement of the Chester County Republican Committee. She spent some 25 years as a small business owner.

“I know what regulation is,” she said, “because I was in the medical device business and the health care field. What prompted me to be very interested in working in government and being an advocate for middle-class workers and small businesses is that I am one.”

Newman is also a school-choice advocate.

“The issue I’m focusing on in this race is the economy,” she said. “Supporting businesses. Supporting legislation that supports businesses. A lot of it wasn’t supported because our governor didn’t support a lot of that, so a lot of people that fell in line with him did not support that.”

Both candidates were asked for their reaction to the recent disclosure of a preliminary Supreme Court opinion that could lead to the overturning Roe v. Wade.

“I haven’t read enough into it to be making hardline decisions on it,” Dicranian said. “But, I am a pro-life proponent. We went from 24 weeks to 20 weeks in (Pennsylvania) previous to this. I don’t know what is going to happen because the governor still supports abortions.”

“There are going to be lots of states where people can get abortions,” she said. “That’s not an issue. I think that the whole issue is being discussed as if this recent possible decision is going to destroy the possibility for those that choose to get an abortion to get one. That’s a lie.”

Three-term incumbent Brian Kirkland is being challenged in the Democratic primary by Carol Kazeem. Kirkland was first elected to the state House in 2016. He co-sponsored a bill last July that would have made it mandatory for anyone purchasing ammunition in Pennsylvania to show identification (HB 1751).

Kazeem is seeking to raise the state’s minimum wage to $15 an hour, combat gun violence, and end mass incarceration.

Neither candidate responded to interview requests from Delaware Valley Journal.

The newly-created 54th House District encompasses a portion of central Montgomery County in the Norristown area, including Plymouth Meeting and Conshohocken. The Democratic nominee for the seat will be determined by an open primary between Rochelle Culbreath, a community activist from Norristown, and Greg Scott, also from Norristown, who resigned from his post as a district judge to run. The Montgomery County Democratic Committee declined to endorse a candidate.

According to his website, Scott supports affordable healthcare for all, rent and property tax relief, quality schools, a safe and healthy environment, and more jobs and infrastructure investment. Culbreath, a former Norristown Council president, has been endorsed by the National Organization for Women. Her priorities are education, job creation, and infrastructure, according to her website.

The winner will face Republican Allen Anderson in the general election.

Neither Culbreath nor Scott responded to interview requests from Delaware Valley Journal.