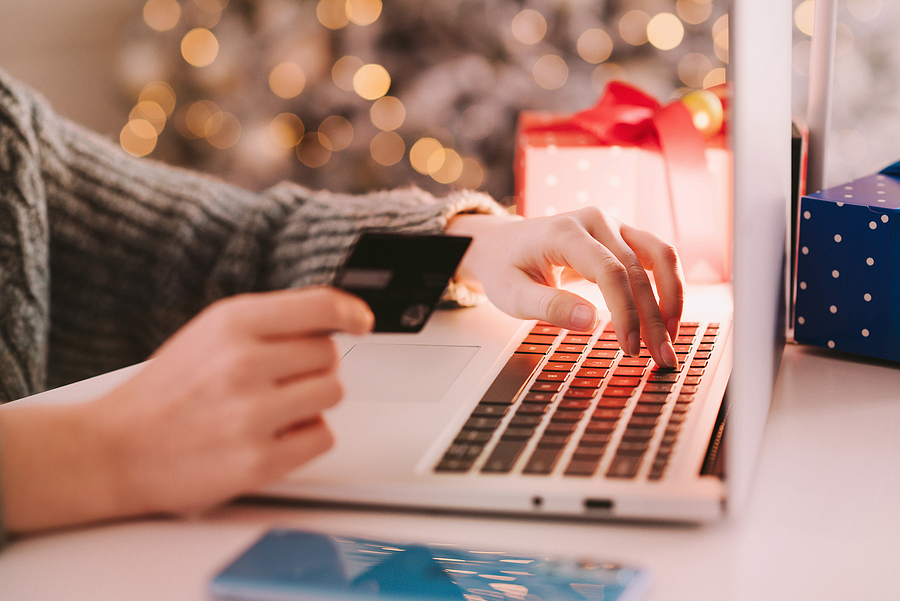 “Buyer beware,” the old saying reminds us. It is advice everyone shopping for Christmas gifts on the internet should take to heart.

I’m a shoe aficionado. A few months ago, I bought an adorable pair from a Facebook ad that advertised them as a name brand. When delivered, the shoes were too small and not well-made. With no return address and Chinese characters on the invoice, one did not have to be a detective to realize this footwear was a Chinese knockoff. An email to the website that sold it bounced back.

Hanks, director of brand protection with the American Apparel and Footwear Association (AAFA), said thousands of consumers are falling for these counterfeit product pitches. She spoke to us during a national conference on counterfeiting and the sale of illicit goods in Washington, D.C., hosted by United to Safeguard America from Illegal Trade (USA-IT), a private-public partnership to fight the problem.

There is a “destructive value chain across commerce,” she said. “It’s the fraudulent advertising that is posted on social media. The dupe social influencers are adding hidden links that take consumers offline to fake websites.”

And many times, money from counterfeit goods is not just going to a bogus manufacturer. According to USA-IT spokesperson Alysa Erichs, formerly acting assistant director with Homeland Security, money from fake goods may be funding human traffickers, drug smugglers, and even terrorists.

Years ago, people bought counterfeit items from a physical location. And that pathway to dupe unwary consumers continues. Recently, an Upper Dublin man was convicted in federal court of selling fake Rolex watches from the Philadelphia jewelry store he owned.

But now, the internet brings them into your home while you peruse them in your pajamas, adding more opportunities for crooks to fleece buyers.

“The internet is obviously the vehicle to shop for legitimate products, and it’s being flooded with illegitimate products,” she said.  “While people may think, ‘What’s the harm?’ that they’re getting a bargain, they don’t understand what is happening down the road.”

“So, if you multiply that one click by how many people are purchasing and the money made from the product and where that money is going, it’s not your onesie, twosies. It’s going to an organization, an organization that is, in some cases, sophisticated enough to manufacture a product and have it shipped into this country. This is not your next-door neighbor who is putting a bag together in his basement. This is full production.”

“It’s a $2.2 trillion problem,” she added. The money in counterfeit goods trumps the illegal narcotics trade. “And there’s less risk” for the bad guys.

While getting ripped off is frustrating, even more worrisome is the items could very well be manufactured with poisons like arsenic and lead.

“I put the shoes on my kindergartener. My kid goes to school,” she said. “The Halloween costumes that we just packed away in October. It’s these things that everyday items that we, as consumers, buy constantly. And busy families are turning to e-commerce because it’s reliable, it’s easy.”

“Arsenic is one of 10 chemicals that are a major health concern, according to the World Health Organization,” said Hanks. “Lead can cause serious harm to a child’s health, with well-documented adverse effects.”

And there is another unpleasant surprise that could wind up in your Christmas stocking: Stolen goods. Some of what is being sold online is not counterfeit but stolen from stores and resold. In fact, the demand is so high, it is driving part of the surge in the high-profile “smash-and-grab” robberies of major retail outlets you have seen on TV.

“These folks that are being smuggled across the southwest border are agreeing to be boosters (thieves) because they make their money (to pay back coyotes) so much quicker,” said Erichs.  “Maybe they have a list of things to steal. Maybe they have a booster bag. Or a booster skirt.”

Or some gangs use juveniles, literally giving them a list of items to shoplift to meet online sales demand.

Why should we bargain-hunting Christmas shoppers care?

“It matters in several different ways,” she said. “It impacts businesses and communities. There’s health and safety.”  And criminal websites can steal your identity or reuse your credit card number.

What can a consumer do to be sure they are not buying stolen or counterfeit items?

If an item is more than 20 percent less than the retail price, it’s probably bogus.

Look at the website’s ratings and its appearance. Are there misspellings? Logos that don’t quite match the company’s?

Know who the seller is and check their reviews. If there is a street address, you can go to Google maps and see a street view of the business. Pay with your credit card, not a debit card linked to your bank account. Make sure you are paying on a secure site. It should read “https” with the “s” for secure, Erichs said.

And make sure your device is updated, so it has the latest software safety patches.

One way to shop safely, says Hanks, is to go to the retailer’s own website and buy direct.

Erichs, knowing what she does about online theft, said she is going old-school. “I stick with the brick and mortar.”