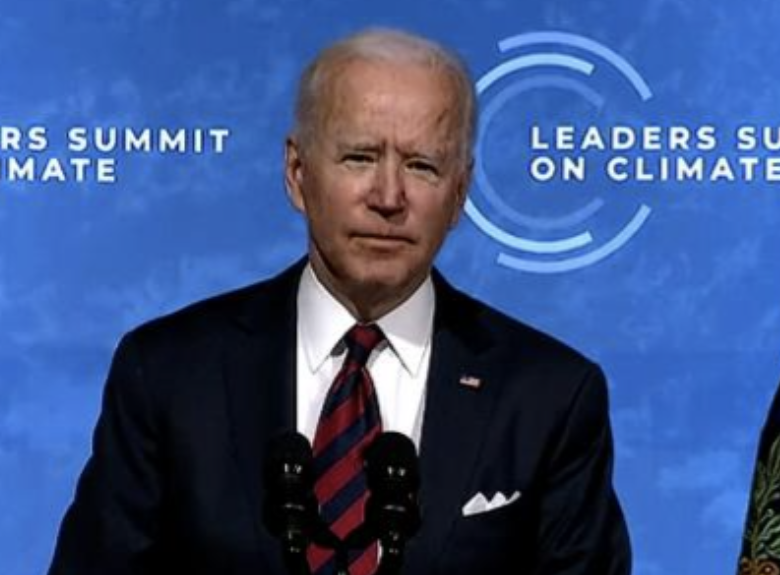 With the 1980 election approaching, a desperate President Jimmy Carter — underwater in the polls — signed into law the Crude Oil Windfall Profits Tax Act. It put a 70 percent tax on the “excess profits” from selling a barrel of oil for more than $12.81 (about $46 today). His goal was to bring down record gas and energy prices.

On Monday President Joe Biden — who was serving his second term in the U.S. Senate in 1980 — turned to the same strategy in similar circumstances. He urged Congress to pass a bill taxing oil and gas producers for what he calls “windfall profits.”

“Their profits are a windfall of war, the windfall from the brutal conflict that’s ravaging Ukraine and hurting tens of millions of people around the globe,” Biden said.

It is an idea many economists say is counterproductive to the goal of lowering consumer costs.

Economist Larry Summers served in both the Clinton and Obama administrations.

“I’m not sure (I) understand the argument for a windfall profits tax on energy companies,” he said via Twitter. “If you reduce profitability, you will discourage investment which is the opposite of our objective.”

Not surprisingly, the energy industry opposes the idea.

“Rather than taking credit for price declines and shifting blame for price increases, the Biden administration should get serious about addressing the supply and demand imbalance that has caused higher gas prices and created long-term energy challenges,” American Petroleum Institute president and CEO Mike Sommers said in a statement. “Oil companies do not set prices—global commodities markets do. Increasing taxes on American energy discourages investment in new production, which is the exact opposite of what is needed. American families and businesses are looking to lawmakers for solutions, not campaign rhetoric.”

And then there is the political question: How can you say you’re trying to lower the price of gas and heating oil when you are raising taxes on the companies who produce it?

But Fetterman has called out oil companies in the past, accusing them of “gouging” consumers and suggesting legal restrictions on how they invest their profits.

“Big Oil just made another round of record profits by gouging Americans at the gas pump,” Fetterman said last week. “And instead of investing that money in American energy production and lowering costs for families, companies are paying themselves through stock buybacks and keeping prices high to line their own pockets. This practice should be severely restricted.”

Dr. Mehmet Oz, Fetterman’s GOP opponent, did not respond to a request for comment.

Republican Guy Ciarrocchi, who is challenging Houlahan, said attempting to regulate and restrict your way to lower energy costs makes no sense.

“Congresswoman Houlahan and her allies have allowed Biden to go down this dangerous path of angry rhetoric, higher taxes, and strangling American energy production,” said Republican Guy Ciarrocchi.   “Thankfully, the answer is energy right in our grasp—in Alaska, the Dakotas, Canada, the Gulf, and even here in Pennsylvania. We can increase supply, lower prices, create jobs, improve the environment and make us safe from tyrants and dictators.

“Biden and Houlahan won’t do it. But I’m going to be part of a Republican Congress that will force (Biden) into reality,” Ciarrocchi added.

Analysis of Carter’s 1980 windfall profits tax found that it decreased domestic energy production and increased reliance on imported oil. According to the Congressional Research Service, the tax reduced domestic production by as much as 8 percent from 1980 to 1988 when it was repealed in part because “it made the United States more dependent on foreign oil.”

LIEBERMAN: Who NOT To Blame For High Gasoline Prices 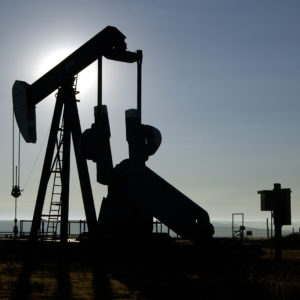 Whenever the price at the pump increases, so does the finger-pointing, but much of the blame game over high gasoline prices is neither accurate nor fair and, most importantly, won’t lead to real solutions. Here are several false targets of America’s anger at record-prices:

1.  Gas Station Owners – Despite the big Exxon or Shell or other major oil company sign hanging above many of the gas stations where people fill up, most of these stations are franchise businesses. Proprietors set the price based on market conditions, including what their next gasoline delivery will cost them, not some secret phone call from corporate headquarters.

Ironically, gas stations may actually do worse in times of high pump prices, since they enjoy much bigger profit margins on the sodas, snacks, smokes, and other things motorists purchase than they do for gasoline. But at current gas prices customers have less money left over for extras.

for the sake of addressing climate change and started making good on that promise from day one.   But now he accuses the industry of holding back on supplies and has launched a  Federal Trade Commission investigation into the matter.

To be sure, if oil companies were the ones that had decided to halt new drilling on federal lands in Alaska (as well as the lower 48 and offshore) or refused to build the Keystone XL Pipeline and other needed infrastructure projects, the president might have a credible case of industry deliberately squeezing supplies in order to boost prices. But it is his own administration that did all these things.

3. Electric Vehicle Skeptics – Vice President Kamala Harris, Secretary of Transportation Pete Buttigieg, and others in the administration have touted electric vehicles (EVs) as a way to laugh your way past the gas station; and they have hinted that EV non-believers are part of the problem. But even with gasoline prices setting records, EVs still have major drawbacks of their own. This includes: sticker prices $15,000 or more above comparable gasoline-powered cars, relatively limited range, and long charging times. In addition, electricity prices are also headed up due to some of the same Biden administration climate change policies impacting gasoline prices. And reliability is growing issue. Anyone who has suffered through a power blackout lately will think twice about buying an EV. For these reasons,  EVs only sell to the extent they are heavily subsidized (up to $7,500 in federal tax credits, as well as several state incentives) and even then have captured less than 5 percent of the new vehicles market.

4. World Leaders – Vladimir Putin deserves a good share of blame for the price run-up in the weeks since the Ukraine invasion, but by then prices had already jumped by more than a dollar per gallon above the previous year. Furthermore, if domestic production wasn’t handcuffed by the Biden administration, the invasion would likely have a less severe impact as we are seeing.

5.  Donald Trump– Gasoline was cheaper when Trump was president, and he aggressively pursued an agenda of “energy dominance” that included several petroleum supply-expanding projects that have since been blocked by his successor. Nonetheless, that has not deterred some from finding orange-man culpability. The Trump-blamer rationales are understandably hazy, but they suggest that the former president contributed to closing the domestic oil spigot, initiated the federal spending increases that contributed to overall inflation, including gasoline, and facilitated Russia’s invasion of Ukraine. Why none of this bad stuff happened until Biden took over is apparently just a coincidence.

If we can get beyond scapegoats, we can debate solutions. One such solution that should be crystal clear is making the most of the oil we have in the United States. Maximizing domestic oil production makes a lot of sense when the world is at peace and even more in times like these when it isn’t.