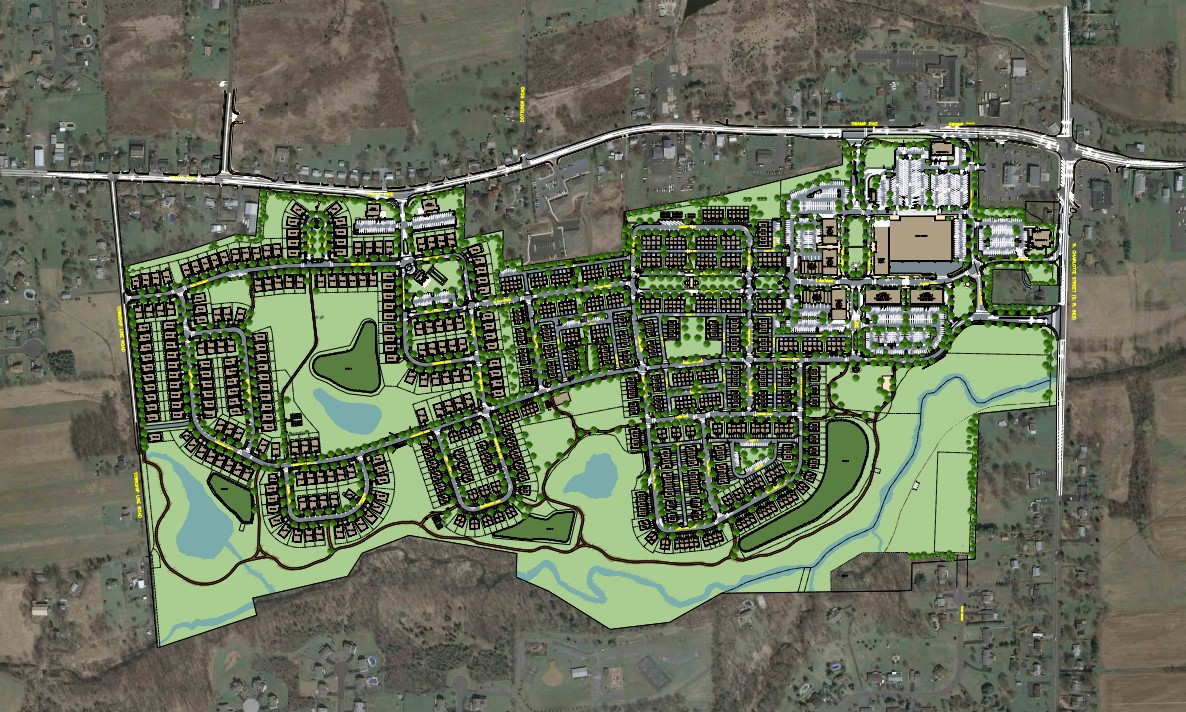 New Hanover Township officials have spent $307,322 in an effort to stop a development planned for 209 acres on Dotterer Road by RP Wynstone LP.

The Town Center project, first envisioned in 2005, has been awaiting township approval for 16 years, due to the bankruptcy of a previous developer and a downturn in the housing market. However, the current housing boom, even with expected interest rate increases for 2022, makes the project financially attractive and the developers are pressing ahead.

Legal expenses challenging the plan, developers point out, were paid by taxpayers. While the township denied the original requests to reveal its spending record to the public, those denials were overturned by the Pennsylvania Office of Open Records (OOR) through appeals.

Township officials did not respond to requests for comment.

Additionally, the developers pointed toward the 25 court cases leveled against the township in the last two years as proof of the obstinacy by the Board of Supervisors toward the project. Most neighboring townships had fewer than seven litigation cases filed against them dating back as far as 2017.

From the developer’s perspective, there is little reason that any resident would object to the project at hand.

They said it would, “generate $3.4 million annually in new tax revenues for the Boyertown Area School District and create more than 550 new local jobs.” Additionally, Wynstone has proposed “a trail along with a community pavilion, playground space, and 68 acres of open space for families to explore for years to come,” and a “315,300 square feet [allocation for] commercial space [with] high-quality grocery, retail and dining options.”

The developers contend the proposed “residential community comprised of 669 units” would meet “several township planning goals of protecting open space [and] creating recreational opportunities” in addition to boosting the local economy. The developers have also argued that not only would the project bring hundreds of permanent jobs into the area, but it would also provide many temporary construction jobs as well. They said their project “meets all zoning requirements and is ready to move forward for approval.”

However, some residents are opposed to the plans. Resident Ben Lanyon said after a 2019 public meeting, “Since I moved to this township, I have not spoken with a single person who thinks its a good idea to build 700-plus new houses here.”

According to a memorandum exchanged between developer Ben Goldthorp and Erik Hetzel, a land-planning consultant, the project would bring about 1,699 people into the community, 99 of whom would be school-aged children. With the average cost of educating a child in Pennsylvania at $13,000, that could cost the school district $1.3 million.

Residents also fear the development would cause stormwater runoff and additional traffic.

“Our proposed plan will meet state transportation and environmental requirements regarding traffic mitigation and stormwater management,” Goldthorp told DVJournal. “It will also meet all local requirements and standards as guided by the township’s codes and ordinances.”

He added, “The original application provides the township with $3.6 million dollars in new revenue and creates approximately 550 jobs. A plan submitted under the new ordinance would create far less revenue for the township and would not create as many new jobs.”

Another complicating factor is that in the years since the project’s initial proposal, stricter ordinances were passed. According to Evan Brandt, a local blogger and reporter for The Mercury, at least two township supervisors, Ross Snook and Kurt Zebrowski, at the time of that public meeting two years ago said they too would like RP Wynestone LP to develop the property under those ordinances. Marc Jonas, a solicitor for the developer, has rejected that request and a judge agreed with Jonas’ position.

And on September 20, Common Pleas Judge Wendy G. Rothstein declared a New Hanover Township zoning ordinance amendment invalid. It had attempted to delete the uses which the Town Center developer had included in its long-standing plans.