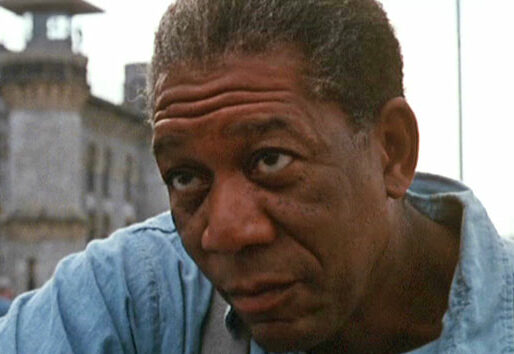 That appeared to be Fetterman’s explanation for what critics call a soft-on-crime approach to his duties as chairman of the Pennsylvania Board of Pardons.

“So you know, I believe in redemption,” Fetterman said. “And I would just ask anyone watching, I would say if you’ve seen ‘Shawshank Redemption,’ the movie, and if you, at the end of the movie, you would vote to have Morgan Freeman’s, uh, character die in prison, then that’s really those, that’s the choice, that’s really, that you look at, at the end of it. And if somebody’s done 40, 45, or even more than 50 years, and they’ve had a perfect record, and they have demonstrated a lot of remorse for what’s done. I haven’t met a single person that said, ‘Yeah, Morgan Freeman should die in prison.’ It’s all a choice on redemption.”

Coming from the Democratic nominee for U.S. Senate, the policy-via-cinema approach created an instant reaction.

On the West Chester Community Facebook site, Caroline Specht said, “I’ll answer with another question: ‘What would you say to the family of the victim if Freeman’s character was released?’

“I’m all for paying one’s debt, second chances, and recovery. It depends on the circumstances in each case. But if you take a life, then a life sentence is how most global societies have decided to treat that crime. Take away that punishment and what are you saying about the value of those victims’ lives?” she asked.

“Fetterman is your best bet,” said Tricia Shore, and she linked to a negative article about Oz.

One Twitter follower said, “The @NBCNews interview with Fetterman was a media hit job and focused more on the man’s auditory disability- not his campaign and the policies he stands for. Do we only think that able-bodied citizens should serve as politicians? How about the morbidly obese like Trump?”

Also on the West Chester page, Bret Rappaport said, “Actually in most other first world countries the idea of a ‘life sentence’ doesn’t exist in most scenarios the same as it does in the U.S.A. as they all have a chance for parole after [x] years. The U.S. is one of the few that has the concept of a life sentence with no chance of parole.”

Greg Carlson said this on Everything Delco, “I think he’s really messed up from that stroke. We need sharp, healthy people in those types of positions. All the ads bring up how Oz moved to Pennsylvania to run and how wrong it is, but Queen Hillary did the same thing in New York, and that’s totally fine. At least Oz went to school here.”

On West Chester Community, David Pryze said, “It’s all about the economy. That should be your number 1 thought right now. A guy who doesn’t want to pay his taxes should tell you everything you need to know.”

Also, on West Chester Community, Suzanne Ellen said in part, “We see that we have a president who is cognitively impaired, and how much damage that is doing. Can Pennsylvania afford to have a senator who is cognitively impaired and who may not be able to handle the stress of living and working in D.C.? Shame on the Democrat Party for not having someone in the wings who could take over and run for Senate with a good bill of health in his portfolio.

“I read the other day that Fetterman has had (heart) issues for five years, but that only recently came to light. It is absolutely dishonest to withhold that information from the public at an earlier stage in the election process than this. Again, shame on the Democrats. When you see people of the caliber of Tulsi Gabbard leaving the Democrat Party, Democrats should be waking up. The party is collapsing.”