Pundits Look Ahead to 2022 Midterms 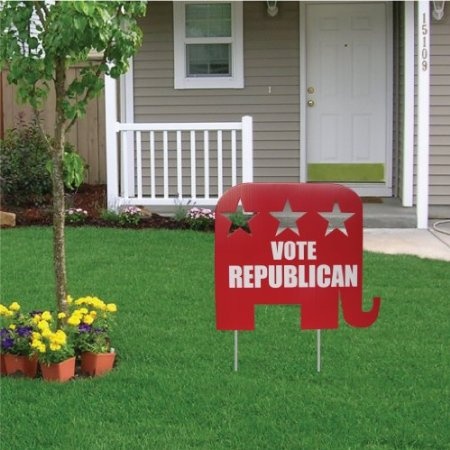 While some pundits have Democrats crying in their beer –or white wine—over Republican momentum in Philadelphia’s collar counties, others say the 2021 election results do not foretell future GOP wins. With or without former President Donald Trump’s long shadow.

Professor Robin Kolodny, chair of the political science department at Temple University, said it makes more sense to compare the November 2021 election to the 2013 municipal election, which is pre-Trump, than the more recent races.

“Democrats improved their vote share in 2021 over 2013 statewide, in Delaware County (by a lot) and in Bucks County,” said Kolodny. “If 2022 elections were held tomorrow, Josh Shapiro (the Democratic Attorney General who is running for governor) wins Delaware County comfortably. What happens if he runs a good campaign?”

Nonsense, says Christopher Nicholas, a veteran GOP political consultant. He believes Republicans have the wind in their sails.

“In politics, ‘the trend is your friend.’  And the trend now is in favor of the GOP in the Philly suburbs,” said Nicholas. “That doesn’t mean Republicans will necessarily win those counties in 2022. But cutting the Democrat’s margins there will help since Pennsylvania Democrats are in a free fall in rural Pennsylvania.”

A major unknown: Where will President Joe Biden’s poll numbers stand next November?

A new Washington Posts/ABC News poll found Biden’s approval is now at 41 percent, with 53 percent saying they disapprove. In a subset of states like Pennsylvania with competitive U.S. Senate races, his approval is just 33 percent.

They also found Republicans winning the “generic ballot” question — “Would you rather see a Republican or Democrat in Congress?”– 51 percent to 41 percent — the highest margin for the GOP ever.

And a Franklin & Marshall College poll taken last month found just 32 percent of registered Pennsylvania voters said Biden was doing an excellent or good job, and  90 percent said his job performance has declined since he took office. The voters who think he’s doing worse cite the chaotic Afghanistan withdrawal, the border crisis, COVID-19, the economy, and inflation as reasons that they have changed their minds.

Just as troubling for Democrats, midterm elections often favor the party that is out of power. Republicans hope to take advantage of that factor as well.

A major factor in 2021 was parents, who became aware of parts of the curriculum being taught to their children during virtual learning amid the pandemic and came out to vote in large numbers. Parents were also concerned about schools closing along with other issues such as vaccine and mask mandates.

One hugely successful force, the new political action committee Back to School PA, was a big factor, with 60 percent of the candidates it backed winning in races around the state. The PAC supported candidates, including 36 percent who were Democrats, who believe in keeping kids in school rather than in online learning.

“We flipped six school boards,” said Clarice Schillinger, executive director. Of the 208 candidates they backed, 124 won. They also backed candidates in races where they knew there was little chance of winning, she said.

“What we did was raise awareness,” Schillinger pointed out.

The PAC put up $700,000, including $500,000 from Bucks County venture capitalist Paul Martino, to back slates of candidates at $10,000 each. Back to School PA will be funding candidates in the next school board election cycle in two years, Schillinger said. It is also discussing the possibility of taking the organization nationwide.

The PAC estimates it spent about $2,000 per candidate on those they supported, which is very similar to what the Pennsylvania State Education Association (teachers’ union) spent on its candidates. The union has been “putting in money for decades upon decades,” she noted. And candidates the labor union backs are “more likely to negotiate and vote their way during contract season,” she said. “I’m thrilled with the outcome of the election and I think in two years we’re going to be even sharper and even smarter.”

Thomas McGarrigle, Delaware County Republican Committee chair said, “In the suburbs, Republicans need to focus on messaging related to our core values and principles: Protecting individual liberties and first amendment rights, openness and transparency in government, and parental input into their kids’ education. By and large, people want to be left alone, and voters came out to voice their opposition to the Democrats’ government overreach on the national, state, and local levels.

“A lot of what we saw this election was a rejection of the elitist, ‘big government knowns best’ attitude held by too many of the Democrats that are in power now,” said McGarrigle. “The Republican Party needs to rally behind candidates for Congress, governor, and the state legislature who can articulate these concerns.”

And while Kolodny says she believes reports of a GOP surge are overblown, she also acknowledges one way “Republicans really have an advantage over the Democrats” is turnout.

“There’s an old saying in voting:  ‘A rainy day is a Republican day.’ In municipal elections especially, turnout is dismal. Republicans always turn out more than Democrats in off-year elections.”