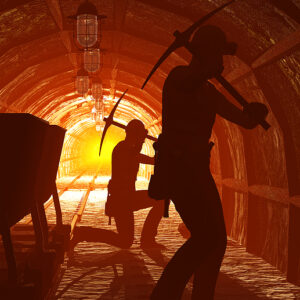 America needs to adopt a bold strategy to ramp up mining. The aim should be to solve a major problem in the fight against climate change — a shortage of minerals vital to clean energy technologies like electric cars and transmission systems for renewable power.

Mining is the foundation of a green economy. Countries require minerals, and that means mining. The world’s growing economies and population will demand a lot more minerals like copper, nickel and lithium. The International Energy Agency says that global production of battery minerals needs to expand tenfold to meet projected critical minerals needs by 2030. Hundreds of new mines are needed, the IEA says.

But beyond our horizon of attention, trouble is brewing.  Several resource-rich countries, led by Indonesia, are considering forming a cartel to control the global supply and pricing of battery metals, similar to what OPEC does for oil.  With demand for lithium, nickel and other vital raw materials rising, the idea that some mining countries would like to take advantage of their mineral deposits and control the future market is gaining ground. The so-called lithium triangle of Chile, Argentina and Bolivia has considered forming a lithium cartel — and may yet do so. But we know from our experience with OPEC that the best way to counter cartels is to ramp up production in the United States.

But domestic mining inspires in many groups a deep aversion — and they have been able to block efforts in Congress to streamline the mine permitting process. It may be hard to believe, but it takes 15 years or more for a mining project in the U.S. to become operational. In most other mining countries, it takes less than half that time.

With global demand for raw materials soaring, we should stop pretending that we can depend on imports of minerals from other countries to meet our needs. Such dependence carries a huge risk from a potential cartel and from our heavy reliance on Russia for uranium and China for rare earths and other vital minerals.

Make no mistake, the United States has abundant mineral resources beneath the ground, but they’re out of reach.  Paradoxically, if environmentalists continue to have the upper hand and block mining, the transition to clean energy technologies will be slowed and carbon emissions from using fossil fuels will climb, which would be terrible news for the environment.

As climate change unfolds, the minerals challenge will be felt acutely by U.S. industries, especially the automobile industry. A typical electric car requires six times the mineral input of a conventional vehicle. Each EV battery has hundreds of pounds of minerals imported mainly from overseas. Auto industry analysts warn that a mineral shortfall could stop electric car production.

We dare not stick our heads in the sand and pretend we can do without mining.  Domestic production and processing of minerals is a hedge against volatility in mineral prices and protection against potential cartels fixing prices and imposing embargoes.

Now is the time for the administration and Congress to create a sound regulatory policy so that new mines in the United States can open without further delay. Only then will we be able to deal with the economic and security challenges of a carbon-affected world. The need for collective action is unmistakable.