COWEN: A Gridiron Reprieve for Those Who Lament an America Lost in Crisis 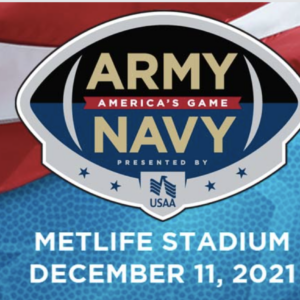 Feel like the country could not be angrier or more divided? I have just the medicine. It won’t solve all our national ills, but it will provide a much-needed reprieve from the yelling, bullying, gavel pounding, and general hurt gripping the country.

Tune in for the Dec. 11 Army-Navy football game and you’ll find a lot more than the standard gridiron battle. You’ll find a competition between some young Americans for whom the outcome of the game is incredibly important, but not nearly as important as the legacy of the experience.

Navy Midshipmen and Army Cadets have scratched and clawed their way to attend their respective service academies, not for sports glory, but for the opportunity to be military officers. These athletes won’t be wined and dined by scouts looking to sign them to multi-year deals. No million-dollar endorsements await them at graduation. What is waiting for them is training – to be platoon leaders, pilots, submariners, or special operators. Ultimately, they serve and defend. They deploy to countries around the world, and they fight in our conflicts and wars.

The midshipmen and cadets face a very different reality than other collegiate or professional players. They will soon be operating on the same team—in highly dangerous environments where they must work together, depend on each other and fight next to each other. They must, quite literally, have each other’s backs. So there is honor in winning, but no dishonor in losing.

The military academies are not without their serious problems. In recent years, they have been dogged by cheating and sexual assault scandals. Some have called into question whether the academies are effective at training the military leaders of tomorrow. What’s more, the military in general is something of unknown terrain for so many Americans, given that only a small percentage of the country serves in the all-volunteer force.

And yet the Army-Navy rivalry on the football field transcends and prevails. When the country is polarized, and education feels stagnant, these institutions, with their academic excellence and storied histories tethered directly to the nation’s freedom and position on the global stage, give us hope.

In the era of the ubiquitous internet troll for whom disagreement is a blood sport, the fierce competition of the Army-Navy rivalry subsists side by side with equally fierce respect. It is refreshing to watch a game where those who are competing agree to the same set of rules and play by the same set of rules—unlike the online gridiron where shaming and finger-wagging predominate.

I did not attend a military academy. No matter. I believe in the spirit of the game. For me, the Army-Navy game and its traditions exemplify what needs correction in our American culture writ large.

“Disagreement is good because competition is good,” said Arthur C. Brooks, the social scientist and commentator. “It makes us sharp and strong, whether in sports, in politics, in economics, or in the world of ideas. We don’t need to disagree less; we need to disagree better.”

The rivalry points the way to a more civil and hopeful future of disagreeing better.