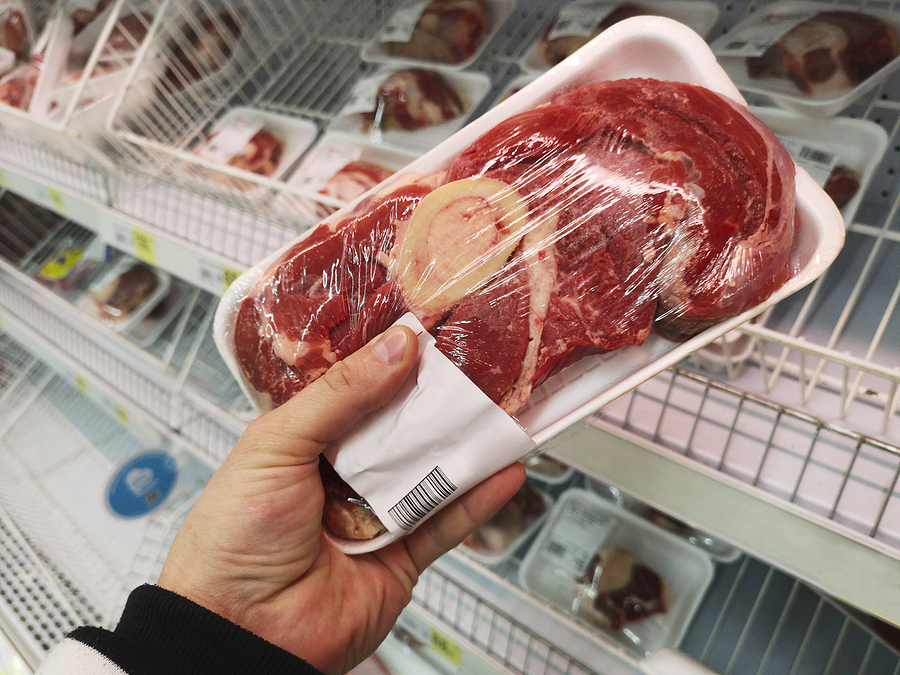 At a White House press briefing held on Dec. 18, Psaki claimed the rising price of food is at least partly due to the greed of meat conglomerates. According to CNBC, prices of beef and veal have gone up 20 percent between October 2020 and October 2021. And the prices of eggs, pork, chicken, and seafood have all risen between 8 percent and 15 percent in that same timeframe.

“When people go to the grocery store and they’re trying to buy a pound of meat, two pounds of meat, ten pounds of meat, the prices are higher,” Psaki said, “That is because of… you could call it corporate greed, sure.”

Psaki claimed both the secretary of agriculture and President Joe Biden have talked about the greed of meet conglomerates but didn’t clarify to what degree.

Previous reporting would suggest the Biden Administration is displeased with the consolidation of meat corporations and their stranglehold on the slaughtering and processing of meat.

“What you had is a plentiful supply of cattle in this country. There was no shortage of cattle and then you had COVID hit. You had the packers being able to get as many cattle as they wanted when they needed them,” said Darwin Nissley, director of the Pennsylvania Cattlemen’s Association. “Then the news media, I blame some of this on the news media, (saying) how bad this is going to be. People hoarded food, whether it was beef or anything else, and (people) cleaned the meat counters out.”

Part of the problem was packers had a good supply of cattle but because of COVID-19, they did not have a full labor force to keep up with the demand of the retailers, he said. To Nissley, the increased price of meat is largely a matter of supply and demand and, right now, demand for meat is much higher than packers can keep up with.

The good news, Nissley said, is things are beginning to change. But he could not predict when prices might begin to normalize.

While COVID-19 and decreased labor forces have impacted industries across the country, other causes may be affecting the price of meat.

An email statement made by National Cattlemen’s Beef Association spokesperson Hillary Makens suggested seasonal shifts in pricing may be a part of the problem alongside the high demand for meat.

“What I can tell you is that beef production remains high and the entire industry – starting with cattle farmers and ranchers – is working diligently to keep up with strong demand and provide consumers with the high-quality beef they know and love,” Makens said. “Regular seasonal shifts in price combined with higher demand have led to a temporary increase in prices.”

Still, there are those who believe the issue is more systemic, a claim that is much more in line with Psaki’s statement, but who don’t exonerate the government from responsibility.

“I think the government is partly covering their own ass,” said Sean Rosenberger, owner of Tussock Sedge Farm in Perkasie. “They’ve had a hand in creating the problem.”

Rosenberger said the government has allowed meat conglomerates to absorb other companies and monopolize for decades, and now they have gotten too big to handle. Tussock Sedge Farms, which specializes in 100 percent grass-fed and pasture-raised meat, sells directly to customers. Because of that, they deal with much smaller butchers.

Rosenberger has seen several price increases on the butcher’s side in the last year. Some of those increases have been for clearly cited reasons such as the increase of packaging supplies, but other times the prices have gone up without any obvious justification.

Even more perplexing to Rosenberger is the price of meat in grocery stores.

“We’ve seen the prices of commodity beef and it’s shocked up.”

Rosenberger explained he often checks grocery store meat departments for price and quality while shopping for other things.

“We’re seeing beef that’s produced very cheaply,” Rosenberger said. “Filets for $30 a pound, ours is only $2 more than that.”

Meanwhile, the Delaware Valley Journal reached out to JBS and Cargill, two of the four largest meat processing corporations in the country that operate several plants throughout Pennsylvania. They did not respond to requests for comment.