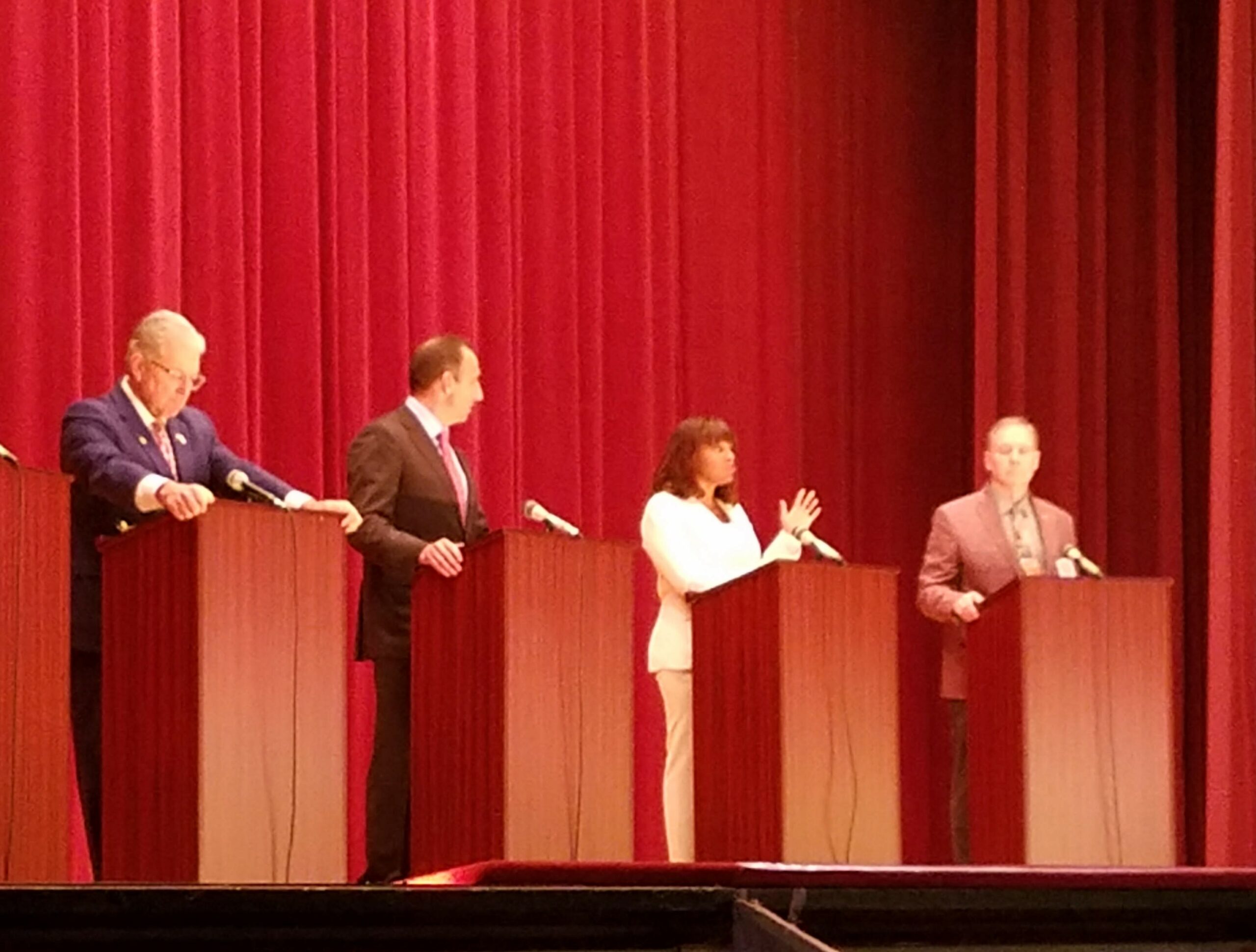 Four Republican candidates running for the U.S. Senate faced off in a debate Wednesday evening in western Pennsylvania.

Kathy Barnette, an author and Fox commentator; Jeff Bartos, a Montgomery County businessman; Philadelphia lawyer George Bochetto; and Elk County deputy sheriff and business owner Martin Rosenfeld fielded questions at the event in New Castle. The seat, being vacated by incumbent Republican Sen. Pat Toomey, has been called one of the most likely to flip to the Democrats.

Candidates Dr. Mehmet Oz and Carla Sands, a former ambassador, did not attend. Oz’s spokesman said he had another commitment. And hedge fund CEO David McCormick entered the race on Thursday.

Rosenfeld said he would not support any bills that limit 2nd Amendment rights or impair the economy, including gas, coal and agriculture. 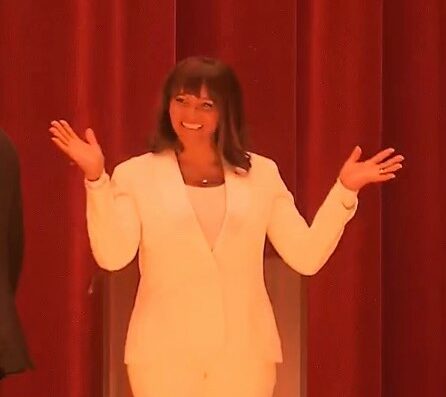 President Joe Biden spoke about “a winter of death” from COVID, but Pennsylvania ranks number four in overdose deaths and murders have spiked to record numbers in Philadelphia, Barnette said.

“Critical Race Theory is being taught in our schools, and our nation is more divided than we have ever been in our life,” Barnette said. “Our borders are open. We should be talking about economics…Our nation is in trouble and we all know it. We all know there is something fundamentally wrong with how our nation is being governed…The America that allowed a little black girl who grew up on a pig farm to climb the economic ladder–that America is fast coming to a close.” 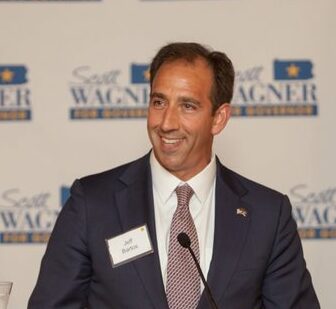 As a child, Bochetto lived in an orphanage and “grew up fast.” He appreciates our democracy that allows people to become successful “no matter where they come from.”

Rosenfeld’s priorities would be to get people working again and impose term limits for elected officials. And he’d like to see immigrants properly vetted.

“Every state is a border state, and we have immigrants unlawfully transported into our state under cover of darkness,” said Barnette. And as for foreign affairs, “China is our number one threat. We hear Joe Biden and (Secretary of State Anthony) Blinken telling us they are just another competitor. They are not. They are our number one enemy…They just entered an unholy alliance with Russia…They smell weakness, not just in the White House but in our legislative branch as well.”

Bartos said, “We need to win this seat to hold and take back the United States Senate and make sure the filibuster survives the threat imposed right now. This seat could decide whether “disastrous legislation (Democrat-sponsored voting bills) sees the light of day…Rest assured, every Democrat running for this seat will blow up the filibuster on day one.”

He called for funding for school choice and an amendment to ensure that only American citizens are allowed to vote in U.S. elections, citing 800,000 noncitizens now being permitted to vote in New York City.

Bochetto agreed but said none of those objectives would be accomplished if something is not done about rampant crime. 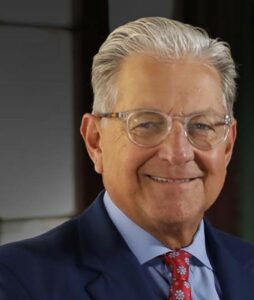 “We can’t worry about the filibuster with people out there who want to kill us,” he said. He said progressive district attorneys are not upholding their oaths of office. “We can’t worry about growing Main Street if millions of thugs are looting stores…The priority has to be a return of sanity to our public safety…We have to get rid of these mayors…and these liberal, left-wing, crazy policies and get back to our core values.”

Asked about draft methane regulations that will add billions to energy costs, Bochetto said we were energy independent under President Trump. Biden took office and shut down the Keystone Pipeline.

“Shutting down our ability to go for the gas that we have under our feet,” he said. “We have the richest deposits right here in Pennsylvania…The people that are here can actually make this county energy independent. Instead, we have a radical, misguided president who believes everything has to be judged by his radical climate change plans…You cannot shut down the American economy.”

Bartos said Pennsylvania is “sitting on a Saudi Arabia’s worth of natural gas.”

“All of the businesses in all 67 counties benefit from downstream production,” said Bartos. Any senator from Pennsylvania has a “critical duty” to fight for the state’s energy industry, he said.

“How many of you know that Joe Biden is not king?” Barnette asked. While “Democrats do what Democrats do,” the current elected Republicans “are allowing Joe Biden with a phone and a pen…to just make up edits as he goes.”

And people are not investing money into drilling new oil and gas wells because “Joe Biden has created a very hostile environment in the energy industry.” 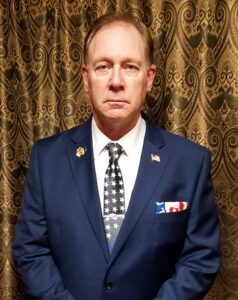 Rosenfeld said, “Elk County is one of the largest methane producers in Pennsylvania. We supply New York City with all of their methane gas. The fight to get those gas wells back on line, they weren’t just shut down by President Biden. They were also shut down by our governor, Wolf. And that’s where the four of us are so strong, to get Pennsylvania back online and supporting our governor candidates…The fight is against our government. It’s not against our people.”

Asked if the U.S. should participate in the Olympics in China and if China should be allowed to purchase thousands of acres of American farmland, Rosenfeld said that was not a positive development and recommended boycotts. As far as the Olympics, “we need to stand up and win.”

“China is our number one threat,” said Barnette. And China and Russia are in “an unholy union.”

“These people are not playing with us,” she said. “It is bigger than beef. It is much bigger than the Olympics. China as a superpower is not going to be so conciliatory, as benevolent as America has been.” She is concerned about shipping in the South China Sea and a possible Chinese invasion of Taiwan, which produces 93 percent of our semiconductors.

Trump awakened the U.S. to the threat of the Chinese Communist Party, Bartos said. Jobs that were chipped from the U.S. to China are now “powering” its economy and those jobs need to be brought back to Pennsylvania.

Bochetto does not support banning our athletes from competing in the Chinese Olympics. He pointed to the example of Jesse Owens who was in the Olympics (in Berlin before World War II) when “we had another existential threat to this world.”

“And he did more good for our country and our image by being there and showing the worth of an American than by not being there…what we need is real strength on China,” he said.