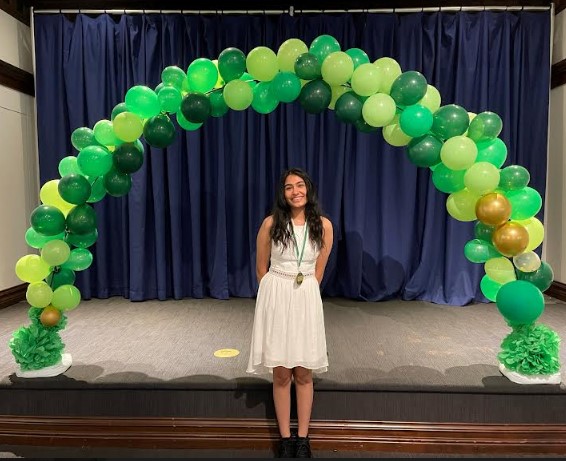 ​Sejal Kaushik saw a problem—that women and girls were at risk of attacks—and decided to do something about it.

The 16-year-old senior at Conestoga High School founded Basic Applied Martial Arts (BAM) to teach self-defense techniques to economically underprivileged girls, as well as girls who are at high risk of gender-based violence.

Partnering with 15 other nonprofits, BAM is now in eight countries.

Asked why she decided to pursue BAM, she said it was in reaction to things she had seen and heard about in society, both here and when she visits relatives in India.

“While I was growing up it was in response to films and social media,” she said. “Oftentimes it’s pretty hidden and we don’t really recognize it…As a young girl, you internalize those ideas (so) you convince yourself can’t do the stuff men can or ‘I’m not strong enough to defend myself.’”

“You can’t go out late,” she said. “You can’t travel by yourself. Things like that. Restrictions placed on you at a young age influence a lot of your idea of what you’re capable of doing based on your gender.”

“You convince yourself you can’t do the same things men can,” she said.

She started taking Tae Kwon Do lessons in 5th grade and continues studying it.

“On my journey with martial arts I gained newfound confidence,” she said. “I could go out at night. I could defend myself if, God forbid, anything happened. So that’s where I started to think about if girls like me were able to defend themselves, there could be a big reduction in crimes like women.”

Through BAM she reaches out to other partners and asks if they would like help training girls in basic self-defense in their communities. BAM provides instruction, such as video recordings, live lessons, or booklets.

They have programs in Asia and Africa.

“Our ultimate goal is to expand worldwide,” she said. “I’d like to expand in the Americas…Obviously, all girls are at risk.”

“I was really excited, I started this initiative a year and a half ago,” she said. “It’s something I’m super passionate about. Gender equality has interested me. It’s something so crazy the fact that women are so unequal. That should not happen.”

Her mother, Nikki Kaushik, nominated her. Her brother Arnav won the award a few years ago for a recycling club he founded.

“I have not faced direct misogyny, but a lot of girls out there have,” she said. Kaushik is starting the process of applying to colleges and plans to become a neurosurgeon.