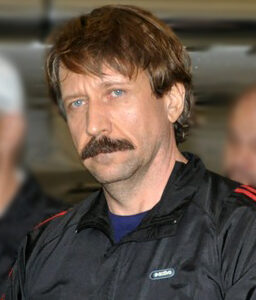 “I am pleased Brittney Griner is returning home to her family after months of wrongful detainment by the Russian government. I applaud the Biden administration for negotiating her release so that Ms. Griner can spend the holiday season with her family,” Casey said via Twitter.

“However, while Ms. Griner and Paul Whelan’s cases have garnered national media attention over the past year, they are not the only Americans caught in the crosshairs of Vladimir Putin’s political games,” said Casey. “Marc Fogel is an American teacher who is being detained in Russia under similar circumstances to Ms. Griner. Mr. Fogel suffers from severe medical conditions and his family fears he will not survive his 14-year sentence in a hard labor camp. The Biden administration, and the Nation, cannot forget about Marc Fogel. Like Ms. Griner and others, Marc deserves to see his family again.”

Sen. Pat Toomey (R-Pa.) tweeted: “While I am pleased that one unjustly detained American citizen is coming home, it is completely unacceptable that veteran Paul Whelan and PA resident Marc Fogel remain in Russia. The Biden administration must not rest until each wrongly imprisoned American is returned home.”

Casey and Toomey along with Rep. Conor Lamb (D-Allegheny) and Rep. Guy Reschenthaler (R-Westmoreland) and a coalition of bipartisan members of Congress sent a letter Friday to Secretary of State Anthony Blinken asking the State Department to declare Oakmont native Fogel “wrongfully detained” and to work for his release.

“In light of the Moscow court’s August 25 decision to deny Mr. Fogel’s appeal and his ongoing transfer to a penal colony, we again request that you consider immediately classifying Mr. Fogel as wrongfully detained and prioritize your work to bring him safely home to his family,” the letter states. “We implore you to give this case the priority and gravity it deserves.”

Griner is a 32-year-old center for the WNBA’s Phoenix Mercury. She pled guilty in a Russian court to charges stemming from the discovery of cannabis oil in her luggage while traveling to play in a Russian basketball league.

For months, Russia has been negotiating for the release of Viktor Bout, who was once on the FBI’s Most Wanted list just below Osama bin Laden. Known as the “Merchant of Death,” Bout was serving 25 years in prison for conspiring to kill Americans and U.S. officials, acquiring and exporting anti-aircraft missiles, and aiding a terrorist organization.

“One of the world’s most prolific arms dealers is being held accountable for his sordid past,” then-Attorney General Eric Holder said at the time. “Viktor Bout’s arms trafficking activity and support of armed conflicts have been a source of concern around the globe for decades. Today, he faces the prospect of life in prison for his efforts to sell millions of dollars’ worth of weapons to terrorists for use in killing Americans.”

Many Democrats have praised the Biden administration, while some Republicans worry about the precedent now set.

Dean said on Twitter, “Finally! Brittney Griner is coming home! Thank you  @POTUS , the administration, and her wife Cherelle for working to get Brittney freed. Sending love to her, her family, friends, teammates, and fans. We must do everything to help her recover from this unimaginable horror.”

Dean tweeted later: “Our work isn’t done until every American is brought home. As  @POTUS and the admin did with Marine Trevor Reed in April  — and now Brittney Griner — we will bring Mr. Whelan home. Congress will work tirelessly to reunite him with family and loved ones. We must bring him home.”

“It is always a relief when a U.S. citizen comes home. Unfortunately, the Biden administration’s handling of this situation leaves behind other Americans, like veteran Marine Paul Whelan and teacher Marc Fogel. What’s more, Putin and others have seen how detaining high-profile Americans on relatively minor charges can both distract American officials and cause them to release truly bad individuals who belong behind bars,” Rubio said.

Also, some question why Biden would bring home Griner, a third-tier celebrity, rather than Whalen, a former U.S. Marine.

Yuval Weber, an expert on Russian military and political strategy, told Yahoo Sports that Bout’s release may “incentivize rogue state and non-state actors to kidnap or imprison on trumped-up charges more Americans.” Weber also expressed concern that Bout might reprise his former role as an operative who exported arms to Russian allies at the Kremlin’s bidding.

“In sports terms,” said Weber, a distinguished fellow at Marine Corps University’s Brute Krulak Center for Innovation and Future Warfare, “we just traded a GOAT first-ballot Hall of Famer who still has many years of productivity left for a hometown Division III star.”