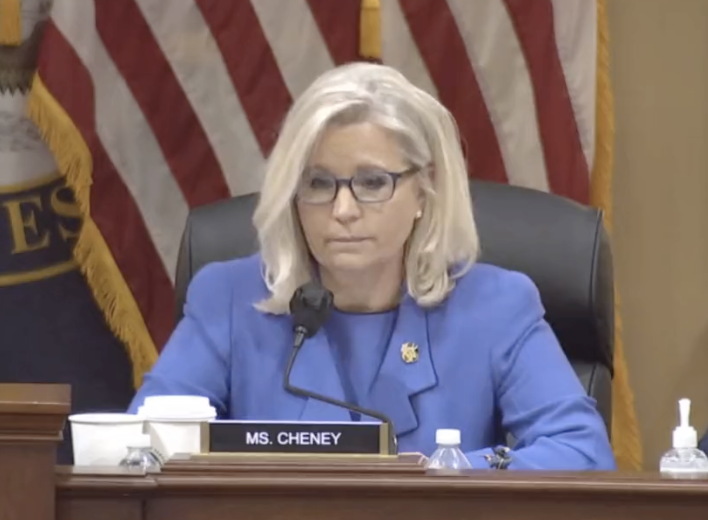 The House January 6 Committee staged a dramatic production Thursday evening, with opening remarks from Congresswoman Liz Cheney (R-Wyo.). The committee is investigating the riot at the U.S. Capitol on that day when some of former President Donald Trump’s supporters stormed the building in the hopes of preventing Joe Biden’s election as president from being certified. The committee presented evidence that some sort of assault on the Capitol building was pre-planned.

However, thousands of people who came to hear Trump speak that day did not go into the Capitol. And according to witnesses, some of those who did enter the building were allowed in by the Capitol Police.

Meanwhile, critics have noted the committee did not present evidence of potential Democratic missteps, including House Speaker Nancy Pelosi turning down an offer of National Guard troops made prior to January 6.

Critics also fault the composition of the committee, which has only two Republicans, both of whom voted to impeach Trump.

Area residents and politicians shared their reactions to the hearing, which was produced by a former ABC News president.

“The country needs to move on, and the Democrats need to stop milking a one-day mistake into a national crisis. Let’s start working on the economy, stupid,” said George Bochetto, a Philadelphia lawyer and Republican who ran for U.S. Senate.

John Featherman, a Republican who ran for mayor of Philadelphia, said, “The Jan. 6 hearing dominated the airwaves in Philadelphia, especially since many Pennsylvania-based alleged insurgents had their names and roles come up on the first day of the hearing. Not surprisingly, many minds in Philly are already made up along political lines.”

“I believe anyone who broke the law on January 6th or at any other time should face the consequences of their actions. But instead of hiring a TV producer to manage these hearings, the out-of-touch left should focus on how much their failed woke agenda is hurting working-class families,” said Christian Nascimento, a Republican businessman running for Congress against Rep. Madeleine Dean (D-Montgomery). Dean did not respond to a request for comment.

The Democrats’ “policies are so bad that they’ve resorted to producing season 8 of the West Wing!” Nascimento quipped.

Coatesville resident Bryan Armentrout said on Facebook, “Nancy Pelosi gets her husband out of a DUI. Adam Schiff is a proven liar. Why are we waiting until now to start to televise these things? They’ve been going on for months now….. Oh yeah, general election is on the way and everything is worse than it was….They ALL do the same thing. Term limits and eliminate the career politician. Citizens should serve the public for a little time and then return to their regular life. Not occupy Congress for three or four decades and pad their bank accounts,” Armentrout wrote.

Philadelphian Elliott Tessler said, “I loved it. Absolutely. It was exposed as a hatchet job. That’s all it was. The way the situation was set up with the moderator, (Rep.) Bennie Thompson, delivering a prosecutorial opening statement. I mean it was such a bald-faced lack of objectivity and integrity that I just loved it.

“I also loved (Rep.) Liz Cheney’s remark that the plans for the riot preceded Trump’s speech. So that takes him off the hook.

“Also, when it becomes known, and I don’t see how they can suppress, that Trump volunteered 20,000 National Guardsmen to maintain security and Pelosi and the Washington D.C. mayor refused, how can you say the guy fomented an insurrection? If he’s the one that offered the manpower to prevent (it)?”

Some 19 million Americans watched the live coverage carried on at least six broadcast and cable news networks. The notable exception was Fox News, which carried it on its Fox Business channel instead. Still, some Delaware Valley residents chose not to watch.

“I have literally tuned out politics,” said Leslie Morgan, a Wayne resident. “I have found it so disturbing, the direction of the country. I am now just tuned into watching tennis, even the minor tournaments.”