Borowski Dinged for Support From Progressive ‘Defund the Police’ Group 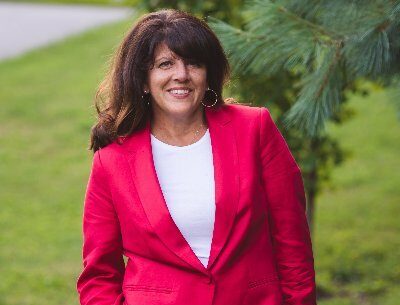 Lisa Borowski may want to look for some different political friends.

The Radnor Township Commissioner, a Democrat who is challenging incumbent GOP Rep. Chris Quinn (R-168th District), has been endorsed by The States Project, which is a joint partner with a progressive group that has advocated defunding the police.

The States Project, which is listed as an endorser on Borowski’s website, is part of a $60 million national Democratic effort to flip state legislatures in swing states like Pennsylvania. It is a joint project of Future Now Action and The PAC For America’s Future. Future Now Action has previously lobbied for legislation to defund the police.

“As Democrats continue to ignore the crime crisis in cities like Philadelphia, Democrats in Harrisburg seem to have no problem accepting money from a group that has been known to have previously (called for) defunding law enforcement,” said Republican State Leadership Committee Deputy Communications Director Mason Di Palma. “If Democrats do not return this money, they will show Pennsylvanians that their allegiance is not to law enforcement and protecting our communities but rather to violent criminals for the sake of politics.”

Rising crime is a major issue in the Delaware Valley. Philadelphia is on track for another record-high murder tally with 393 deaths as of Sept. 22. Some of that crime has spilled into the suburbs. And there is a bipartisan investigation in the state House that may lead to the impeachment of progressive Philadelphia District Attorney Larry Krasner, largely due to his lax approach to prosecuting crime.

Borowski said she had not seen that legislation and is a “huge supporter” of the police. She said she had been previously employed as a fundraiser for the Philadelphia Police Foundation and raised millions to provide bulletproof vests, restore the mounted police unit, provide Segways for patrol officers, and new bikes for bicycle officers.

Currently, the Pennsylvania legislature is controlled by Republicans.

House Leader Rep. Joanna McClinton (D-Philadelphia) is quoted in The New York Times as saying The States Project had helped many of the party’s candidates in the state with training on messaging and with an incentive program that unlocks more funding per candidate based on doors knocked on. But the biggest accomplishment, McClinton told the Times, was simply pulling even with Republicans who have controlled the state’s legislature for over a decade.

“Because they have been in power for so long, they’re able to outpace us in so many ways, particularly around fund-raising,” she said.

Quinn has the endorsements of several key law enforcement organizations. 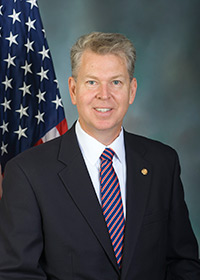 “Chris Quinn is proud to be endorsed by Fraternal Order of Police, Pioneer Lodge #37, which includes all PA State Troopers currently assigned to Troop K, Philadelphia; Troop K, Skippack; Troop K, Media; and Troop T, King of Prussia barracks. Retired State Police Troopers from these barracks are also included in their membership,” said Pete Peterson, a spokesman.  “He is now being considered for endorsement by the statewide Pennsylvania State Troopers Association, an endorsement he has earned in each of his prior elections.

“Also, in each of his past elections, Chris Quinn has been endorsed by the Delaware County Fraternal Order of Police (Lodge 27).  While Lodge 27 has not yet issued formal candidate endorsements, he is hopeful to once again earn their support this election cycle.”