ROSICA: I Found My Democratic Ideals in the Libertarian Party 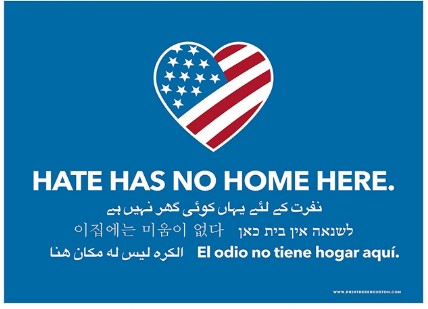 I was a registered Democrat for 35 years, most of my voting life. Like many Democrats, I was drawn to a party that promised to help my community in areas of critical need, including education, health care, food insecurity, and voting access. I found a community of Democrats that felt the same. Yet after years of involvement, I saw little progress in these important areas. Instead, our party’s focus was increasingly aimed at maintaining bureaucratic power, and I found myself at odds with this direction.

The party started to shift control to the professional politicians and away from the people. National focus took precedence, and these top-down priorities were often in conflict with the concerns of our local community. My apprehension grew when I realized that my own expertise in areas like education and community policing carried little weight once the party decided that bureaucrats knew more than constituents.

At first, it was just party leadership. But then I witnessed the rise of adversarial politics at the individual level. I watched members of my party shun those who disagreed with party politics, labeling them simply as bad people with bad opinions. In our local community, residents with “Hate Has No Home Here” signs in their yards took to social media in a manner that directly contradicted that motto.

It boiled down to something very simple. Principles.

The principles that first drew me to the Democratic Party became less represented in the party’s objectives. Rather than serving as the party’s compass, these principles became flexible and subject to bureaucratic power.

In the local Libertarian Party, I discovered something I had been looking for during all my years as a Democrat: A group of principled individuals who lead the party from the bottom up, with an unwavering focus on non-aggression towards others and respect for the individual and their rights. I found meetings that were open to all, where visitors from other parties are welcomed and discussion is encouraged. I found support for transparency and voter choice in politics. I found an attitude of volunteerism and of working for positive change in the community, without waiting for someone else to do it. I found a place where my own principles fit, those very principles that first drew me to the Democratic party.

So I joined this growing body of people who keep their sights on positive change and who respect the views of others. I am still the same person I was when I joined the Democratic Party. My guiding principles remain my compass: Standing up for people who need help, improving community relations, listening to others, and respecting others’ rights and property. But now I’ve found my place in a party that has remained loyal to these same principles, the principles that make our community and our country the wonderful places that they are.