FORCELLINI: COVID-19 Has Made Us More Aware of Public Health Risks Around Us 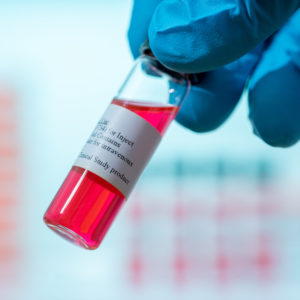 Legionnaires’ disease is on the rise across the country but especially in Pennsylvania, with the commonwealth showing some of the highest rates of infection and illness year after year, according to state and federal data.

The most recent case was reported in nearby Luzerne County, just a few months after the Pennsylvania Department of Health issued its own advisory, warning about the potential risk of Legionnaires’ disease.

Pennsylvania had exceptionally high case counts in 2017, 2018, and 2019, according to the department, although the number of cases has been low since COVID-19 arrived, largely because mask wearing protects individuals from both Legionnaires’ disease and COVID-19.

With fewer people wearing masks, cases are expected to spike once again.

Moreover, now that schools, malls, office buildings, and other communal settings that were closed during the pandemic reopen and increase occupancy, the risk for outbreaks is on the rise, as these closed buildings often reopen without checking the quality of the water inside.

Legionnaires’ disease is not spread from one person to another, but rather by breathing mist contaminated with the bacteria.

When buildings have low or no occupancy, water safety is jeopardized. Stagnant and dormant water sources allow Legionella pneumophila bacteria to grow and spread via water aerosols from faucets and showerheads; hot water tanks; cooling towers; and plumbing systems.

Other systems, like hot tubs, decorative fountains, and water features that are not well controlled or have been dormant, also pose a risk.

Like COVID, Legionnaires’ disease can impact anyone, but especially those with compromised respiratory systems, meaning the 1.3 million Pennsylvanians who have contracted and then recovered from COVID now are at heightened risk.

Legionnaires’ disease isn’t new to Pennsylvania. Philadelphia was home to the first major outbreak in the United States in 1976, when some 200 people were sickened and nearly three dozen others died after they attended an American Legion convention at a downtown hotel.

But even today, despite the very real public health risk, Pennsylvania has no comprehensive plan or requirements for managing or testing for this deadly disease.

The Senate Environmental Resources and Energy Committee, which is chaired by Sen. Gene Yaw of Lycoming County, is considering legislation (S.B. 1125) that would help to raise awareness about the disease while putting in place sound prevention and mitigation strategies.

The bipartisan measure, introduced by state Sens. Joe Pittman (R-Indiana) and Wayne Fontana (D-Allegheny) after a hearing in May uncovered the heightened risk, would direct both public drinking water providers and certain building owners to assess their respective water systems for risk and adopt simple mitigation measures such as flushing clean water through the system, keeping hot and cold water at appropriate temperatures, and monitoring the system regularly.

The bill would codify the seven-step industry standard, ASHRAE-188, which is backed by the Centers for Disease Control and Prevention (CDC), the U.S. Environmental Protection Agency (EPA), the U.S Veterans Administration (VA), and many other industry and professional organizations. ASHRAE-188 is currently only voluntary and not widely adopted.

If we have learned anything over the last few years, it is that it is better to act on the front end to prevent a public health crisis and the high costs associated with it rather than to wait for it to happen and then respond, especially for something as highly preventable as Legionnaires’ disease.