Marjorie Margolies: Roe Decision May Make 2022 Another ‘Year of the Woman’ 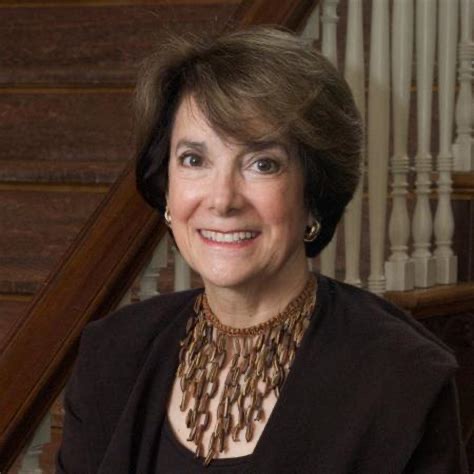 Delaware Valley Democrat Marjorie Margolies was swept into Congress in 1992 by the success of Bill Clinton and a wave dubbed “The Year of the Woman.”

She was swept out two years later amid a Republican wave that ended nearly four decades of Democratic control of the U.S. House of Representatives. Her cause was not helped by her high-profile vote to put Clinton’s tax-hike plan over the top in Congress.

Looking at the current political climate, Margolies sees the potential of a Year of the Woman redux, thanks to the leaked U.S. Supreme Court decision suggesting Roe v. Wade may be overturned.

“It’s extraordinary to me that after all of these years, a woman’s right to choose is being seriously questioned,” said Margolies. “I think we will see a remarkable reaction from women across the country saying, ‘Not on my watch.’ It looks like 24 states will immediately have laws to eliminate or restrict abortions. I find that appalling. I think it will make an incredible impact on the midterm elections, especially down-ballot races. Keep your eyes peeled.”

Margolies, an Emmy-winning TV journalist, the first unmarried American woman to be permitted to adopt foreign children, and an author is now the founder and president of Women’s Campaign International.

“Since 1998, we’ve been traveling around the world helping women, getting them to the table,” she said. “Sometimes, it was political. Sometimes it was financial.”

Now Margolies and Women’s Campaign are helping Ukrainian refugees. But they are also doing their best to help the Afghan people who were left behind after the U.S. precipitously withdrew from that country and allowed it to fall to the Taliban.

“We’ve had a program in Afghanistan since 2006,” she said. While members of the organization have escaped, others who helped them, such as doctors, lawyers, and professors, remain stranded and “are now in hiding and starving.” The group has been able to get some money to them through people traveling to Afghanistan, she said.

The nonprofit had dozens of people working for it in Afghanistan. “We worked with two government ministers,” Margolies explained. “They were interested in women’s issues. They were amazing. They helped us. One of them was immediately killed by the Taliban. The other, who had six kids, we got out, and he is here now. But it was really difficult. And we got out several of the women who had papers. But many of them did not. (They are) just incredible people who are in hiding with their families. We’re figuring out how to get them out.”

“It’s so dramatic. I can’t even begin to tell you,” she said. “And for Ukraine, we’re figuring out how we can reach out.” Many Ukrainians don’t want to immigrate to the U.S., she said.

“They want to go to places in Europe because they want to go home,” said Margolies. “We’re an organization that’s really good at figuring things out.”

Margolies’ new memoir “And How Are the Children?” tells how she was a journalist doing stories about adoption and hard-to-place children when she got the idea to adopt a Korean orphan.

Although she faced major roadblocks as a single woman, she eventually adopted her daughter, Lee Heh, from Korea. Later, after writing about Vietnamese orphans, she adopted a second daughter, who she named Holly, from Vietnam.

One day she interviewed Ed Mezvinski, a congressman and divorced father of four daughters. They fell in love, married, and had two more children.

Margolies never said no when asked to help and took in a series of refugees, including a Vietnamese family who stayed in the sizeable Margolies-Mezvinski home in Penn Valley for 25 years.

“There were 11 kids,” she said. “But it’s what made me get so interested in refugees.”

Her Vietnamese son, Vu, is now an anesthesiologist. His biological mother also lived with them and she was a very traditional Catholic and wanted him to become a priest.

Vu told Margolies, “‘I want to be Bar Mitzvahed like everyone else.’”

Margolies was only in Congress for two years and lost her bid to be re-elected because she voted to clinch Clinton’s omnibus budget bill.

“He just sent me a book,” she said.  Inside the copy of “Putting People First, President Clinton Select Remarks 2001-2021,” Clinton included a note. “First you saved my presidency and then you gave us Marc and you gave us this family of our dreams.”

“It’s tough being a woman in politics,” said Margolies. She was a busy reporter and mother with a large household in 1991 with no plans to run for office. But she decided to run for Congress in Montgomery County, then largely Republican. Margolies handily won a primary, lived through a house fire, and had her daughter, Lee Heh’s wedding during the campaign. But she thought she would lose to Republican County Commissioner Jon Fox. However, she said she surprised herself by winning, partly by allowing voters to think she would not raise their taxes.

“I had gone to Washington to make tough decisions and that (voting for the tax increase) was one of the toughest,” she wrote in her book. In 1994, she lost to Fox.

Margolies headed the Fourth World Conference on Women in 1995 and from that conference her nonprofit was born, empowering women to take part in democracy around the globe.

Margolies also teaches at the University of Pennsylvania, her alma mater. She is the mother of 11 and the grandmother of 21.