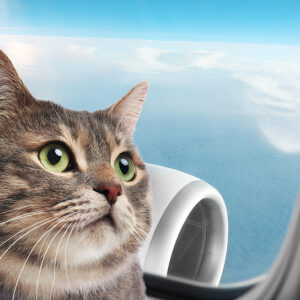 What a fantastic way for an airline to define itself.

Frontier Airlines, in a tweet, announced it would offer flight vouchers to people who would adopt kittens from a Las Vegas shelter.

In an era when far too many brands are making huge missteps on social media, Frontier is now in our consciousness as the airline trying to help kittens.

There are 3 million cats in shelters nationwide. While this number can fluctuate over time, it’s a problem that isn’t going away.

All of this is critically important for animal shelters in 2023. Over the last year, the situation in animal shelters has become markedly worse because of pandemic pets, that ill-conceived movement of people (more often than not, inexperienced pet owners) to get a furry friend since they were stuck at home.

Many people bought cats or turned to shelters for adoption as a way to find companionship during lockdowns and quarantines. Yet, this surge in adoptions from shelters and rescues had an unfortunate yet all-too-predictable return problem as many people gave up their pandemic pets due to personal challenges related to the pandemic and their current realities.

The result is pressure on animal shelters, stretching their already minimal resources. It’s not easy for animal shelters to bring in enough money to meet their operational needs, and it should go without saying that no one should be adopting a kitten because an airline is offering them a travel voucher.

But what Frontier is doing is setting an example of being a good corporate citizen at a critically important time. As New Jersey lawyer Lauren Scardella  points out: “When it comes to airlines, people have a lot of choice where to set their loyalties. If an airline supports charitable initiatives that resonate with us, we’re not only more likely to fly with them, we will also tell our friends why we do.”

Having an airline step up and find creative ways to help sets an excellent example for other large companies to be, well, like a cat — cute, playful and creative — to help shelters in ways that go beyond simply making donations.

This is precisely what the corporate world should take from the social media goodwill Frontier is deservedly winning. If you align your brand in small ways with great causes, there’s always a chance for a big social media win.