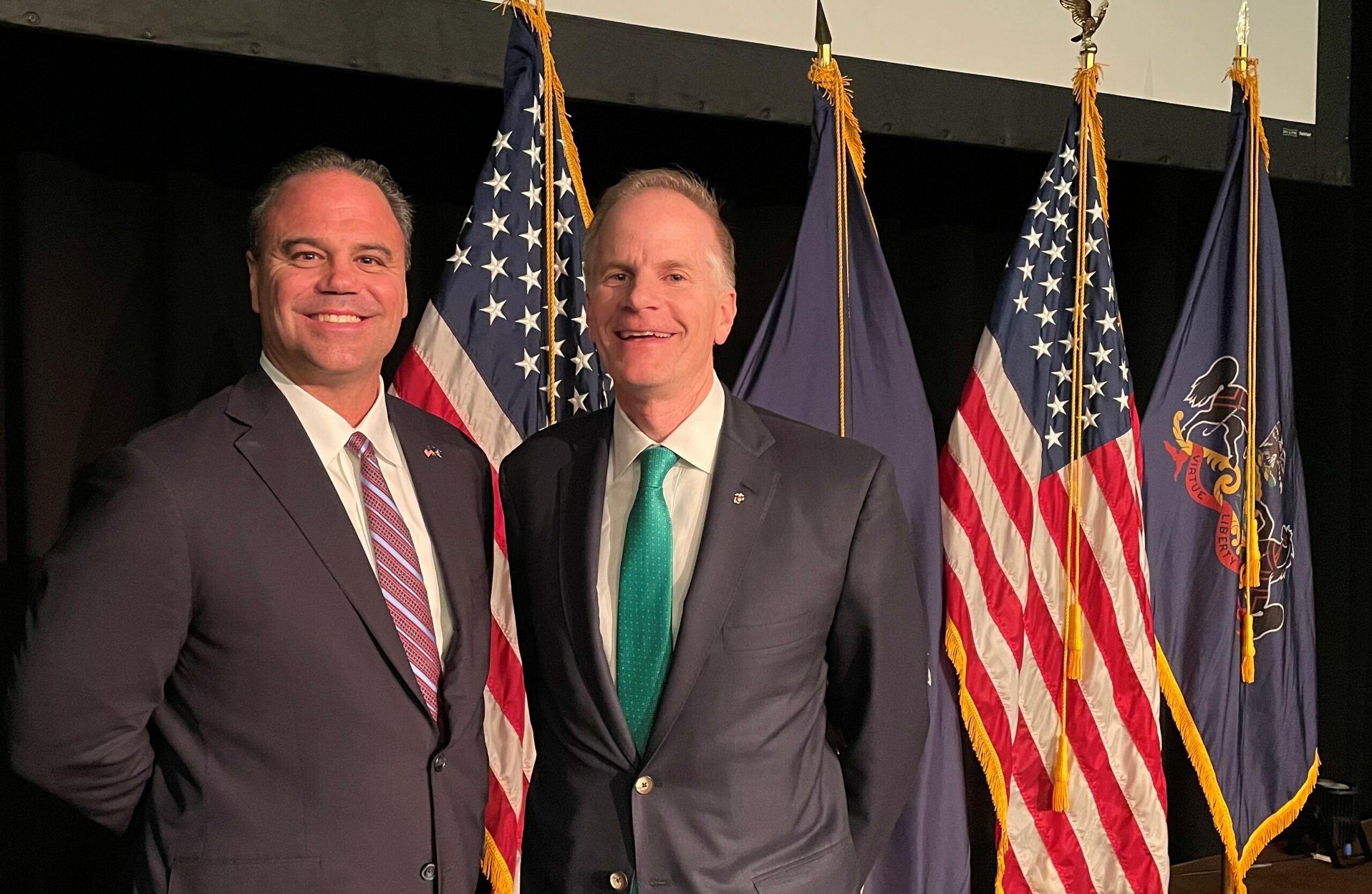 And then there were nine.

The crowded field of contenders for Pennsylvania’s Republican gubernatorial nomination just got a little less so with Jason Richey’s withdrawal on Thursday.

“I am proud and honored to receive the endorsement of my friend Jason Richey, who has been a champion for economic growth, a strong defender of constitutional rights, and an advocate for school choice for all Pennsylvanians,” said McSwain. “Together, we will work to defeat Josh Shapiro and towards a stronger, safer, more secure Pennsylvania.”

Richey said he was “honored” by the support he received during his candidacy.

“My primary goal has never been my own political future, but rather restoring Pennsylvania to our place as the Keystone State that upholds constitutional rights, empowers parents to direct their children’s education, and embraces our energy potential,” Richey said.

“We need a unified party to defeat the disastrous left-wing policies of Gov. Tom Wolf and Josh Shapiro (the Democratic candidate for governor) that have decimated our communities,” he added. “My decision at this time will help unify our party and put us in the strongest possible position to defeat the left-wing Shapiro agenda in the fall and, more importantly, help build a better life for our families here in Pennsylvania.”

In recent days some Republican leaders had expressed concern over the number of candidates for governor, fearing it might lead to a splintering of the vote in the May 17 primary. A divisive primary might leave the GOP nominee too wounded to beat Shapiro in November.

McSwain is known for being tough on crime. If elected, he has promised to “revive Pennsylvania’s economy by cutting taxes for working families, by supporting small businesses, by reducing regulations and cutting wasteful spending. We will promote our energy industry instead of trying to regulate it to death. We will get the government off of your back.”