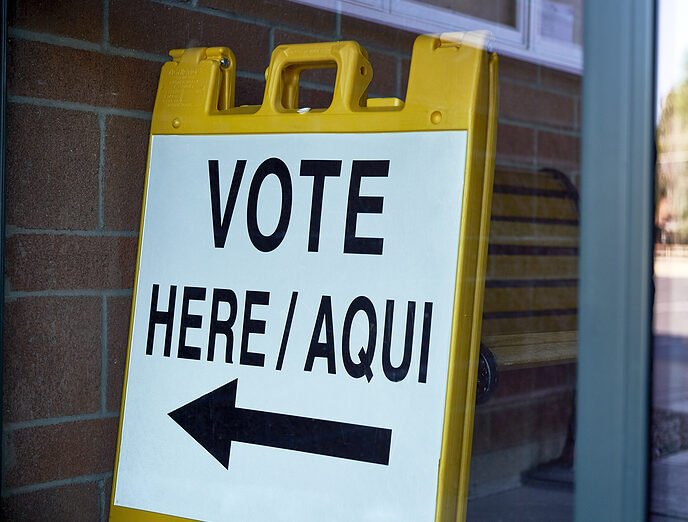 Should Pennsylvania join the states with open primaries where people with no party affiliation can vote to nominate Democrat or Republican candidates?

That was the question considered at a House State Government Committee hearing Tuesday at Villanova University. State Rep. Chris Quinn (R-Media) is the prime sponsor of a bill that would allow open voting.

“I want all Pennsylvanians to have a role in our democracy and play a part in our primary elections,” said Quinn. “For this reason, I’ve introduced HB 1369, better known as the Open Primaries Bill. As Pennsylvania becomes more and more politically polarized, partisanship has become more relevant than ever in our politics. Primaries are the marquee election that determines who represents us in Washington, Harrisburg, and in our local communities.”

Nearly 1.2 million state residents cannot vote in the primaries because they are registered independent and not affiliated with one of the two major parties, he said. 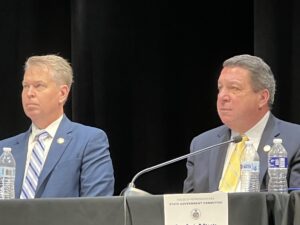 John Opdyke, president of Open Primaries, a group that lobbies to convert cities and states to open primaries, was among those who testified. He said the traditional image of independent voters being less engaged is wrong.

“Their levels of engagement are very high,” he said. A recent Arizona State University study analyzed social media and found independent voters are just as engaged as Republicans and Democrats but have more politically diverse networks as far as their contacts, he said.

“I think that giving independents the right to vote in primaries is not just an issue of fairness; in some ways, it’s like laying down a red carpet for those voters that I believe have a really important role to play in American politics right now, given how polarized it’s become, given how divisive. And how the temperature has gone up in many ways. Bringing independents into the equation I think creates much more opportunity of bridging the partisan divide at both the legalization level and the community level.”

“This is the norm around the country,” he said of open primaries. Pennsylvania is one of only nine states with closed primaries. However, voters can change their party up to 15 days before a primary to vote in it. And according to an Associated Press poll, 69 percent of voters favor open primaries.

He noted that in 35 percent of Pennsylvania districts only a Democrat or Republican is running in the general election. So the primary determines who represents the voters.

“From a party perspective, it’s a smart thing to do,” said Novak. In Chester County, where he lives, 18 percent of the voters are independent, with 12 percent statewide. “The swing voters today are independent voters.” And those voters decide close elections. He says he believes candidates should start communicating with them earlier in the process. 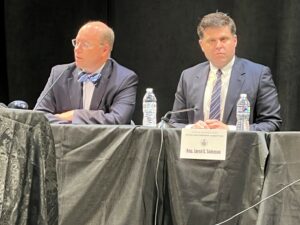 Rooney said it would be “healthy for democracy” to allow independent voters to vote in primaries.

Wagner, a former Marine who also served as state auditor general said, “I don’t know of any issue in a democracy that is more fundamental than the right to vote.”

Because many veterans identify as Americans rather than as Democrats or Republicans, they tend to register as independent, which prevents them from voting in the primaries, he said.

“How about the veteran who shows up that lost both legs in Iraq or Afghanistan? In a wheelchair and shows up thinking they can vote on the primary election day and they find out they can’t. They’ve just given part of their body to their country by serving their country,” said Wagner.

Wagner added, “The country called on them to serve the country, and they did so. And now they’re being excluded from voting 50 percent of the time (as independents).”

Rep. Paul Schemel (R-Franklin Co.) asked, “If they don’t want to be with either party, why do they want to select that party’s nominee? The general election is to select who serves in the office.” Schemel does not believe it’s the government’s responsibility to fix this problem, but rather it should be up to the political parties.

Rep. Jared Solomon (D-Philadelphia) said he does not have a Republican opponent. “Maybe my unaffiliated voters like me, maybe they don’t…So independents have no say. They have zero say in the process,” said Solomon.

The Open Primaries bill will be taken up by the House State Government Committee before going to the full House for a vote. In the last session, the state Senate passed a similar bill.