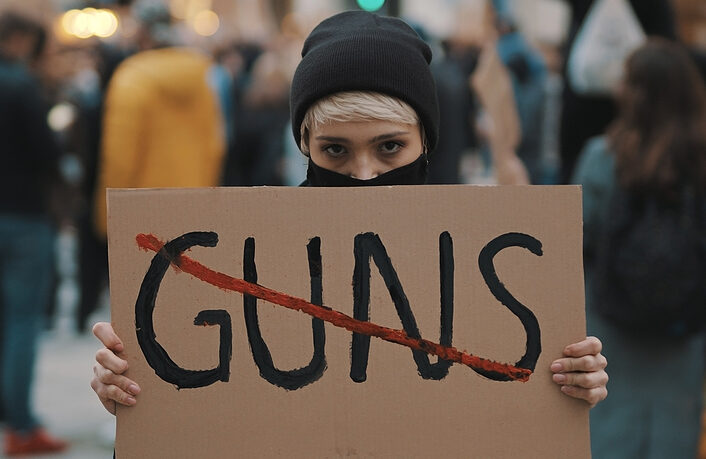 The political focus on guns in Philadelphia has dramatically intensified in the wake of two mass shootings: a school shooting in Uvalde, Texas that killed 19 students and two teachers on May 24, then a street fight that exploded into a full shootout in Philadelphia’s South Street entertainment district, killing three and wounding eleven.

In the wake of the South Street shooting, political leaders across the city issued calls for more gun control legislation from Washington D.C. and Harrisburg, while also addressing various local issues related to gun violence.

For all the calls for new gun laws, some laws on the books remain conspicuous because District Attorney Larry Krasner has indicated his office will not pursue violators.

“We do not believe that arresting people and convicting them for illegal gun possession is a viable strategy to reduce shootings,” Krasner’s office told the Inquirer in January.

Absent any evidence of a shift in thinking at the district attorney’s office, Broad + Liberty asked 23 different elected officials across the city — Mayor Kenney, all sixteen members of the Philadelphia City Council, as well as seven state representatives or senators who represent a part of the city —  their opinions on Krasner’s stance on illegal guns, given the heightened interest in gun violence.

“Mayor Kenney believes that individuals carrying guns illegally should be held accountable for that choice,” said Kevin Lessard, Mayor Kenney’s press officer. “The Philadelphia Police Department took a record number of guns off the street last year, and they continue to remove a substantial amount of guns this year. We will continue to do everything we can to address the major causes of violence, while attempting to remove the tools that generate that violence: guns.”

“My stance has not changed on this topic: all elected officials are responsible for the rise in crime and sense of lawlessness,” Squilla said. “What are we doing to ensure public safety for our Residents, Businesses and Visitors?   We all need to work together and show a united front supporting safety policies to reverse this trend. I am committed to working with all stakeholders to make public safety our number one priority.”

While Squilla was the only one of the sixteen members of council who provided a comment, the state representatives and senators who also did not respond were: Sen. Art Haywood, Sen. Anthony Williams, Rep. Amen Brown, Rep. Kevin Boyle, Rep. JoAnna McClinton, and Rep. Joseph C. Hohenstein

(Sen. Williams did place a call to this reporter about the query, but Broad + Liberty asked that he submit his answers in writing. No other response was forthcoming. Councilmember Bass attempted to coordinate a statement, but said she was unable to do so because of time constraints.)

“It’s gotten to the point where there’s no price to pay for carrying illegal guns, so people carry them because they don’t think anything is going to happen,” he said.

Krasner’s office pushed back, saying, “Fewer than 30 percent of shooters are actually arrested by police, which is why the DA has been so vocal about the Kenney administration shifting resources to forensic technologies and more rigorous investigative training to help police solve more cases.”

However, a Broad + Liberty investigation earlier in the year turned up no evidence that the district attorney’s office had ever made direct, specific requests to either the mayor’s office or to the city council with detailed forensic needs.

In newsletters, Krasner has said he has made repeated requests to City Hall for better forensics.

Police Commissioner Danielle Outlaw also brought up the issue in a long form conversation with 6ABC but didn’t mention Krasner by name.

“But we’ve also taken a record number of illegal crime guns off the street — close to 6,000 last year. And we’re on pace to do the same thing this year. And if these guns are not prioritized, we’re going to continue to keep seeing the same thing that we’re seeing year over year,” Outlaw said (minute 10:00 of the video).

“There has to be consequences for those carrying illegal guns or are using them in ways that are not in alignment with what the law says,” she concluded.

On Monday, three Republican members of the Pennsylvania House announced they are taking the first steps to begin impeachment proceedings against Krasner for “dereliction of duty in willfully refusing to enforce current criminal laws already on the books[.]”

The impeachment push faces long odds. If charges were able to pass out of the Pennsylvania House (where Republicans hold a majority) with a simple majority vote, they would still need to peel off at least five Democratic senators for the two-thirds majority needed to convict in the upper chamber.