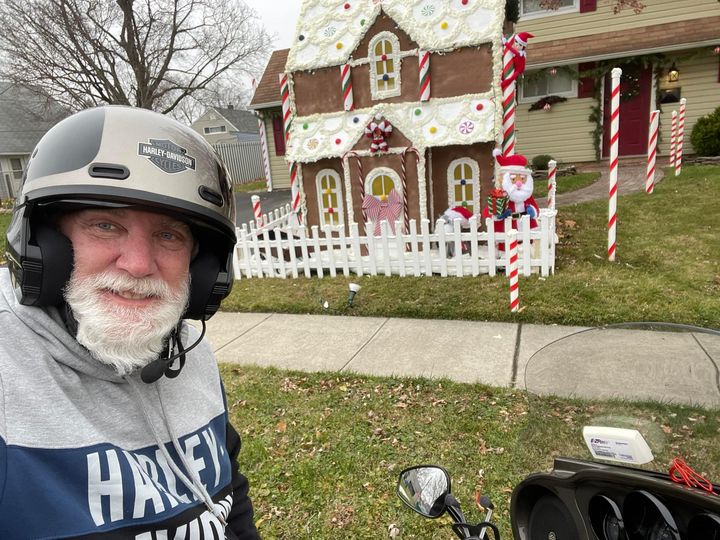 What began as a fun way for the Bucks County Harley Owners Group to get out and do some riding while the COVID pandemic was in full force, is back this year and with even more amusement in store.

So if you see someone pull up to your house on a Harley and take out a cellphone or camera and aim at your Christmas lights, don’t worry. It’s a member of the Bucks Co. H.O.G. getting a selfie for the club’s contest.

The members then post their photos taken on each of the 12 days of Christmas on the club’s Facebook page, said Suzanne Lane, assistant director. A prize will be awarded at their annual holiday party after the 200-plus members vote. 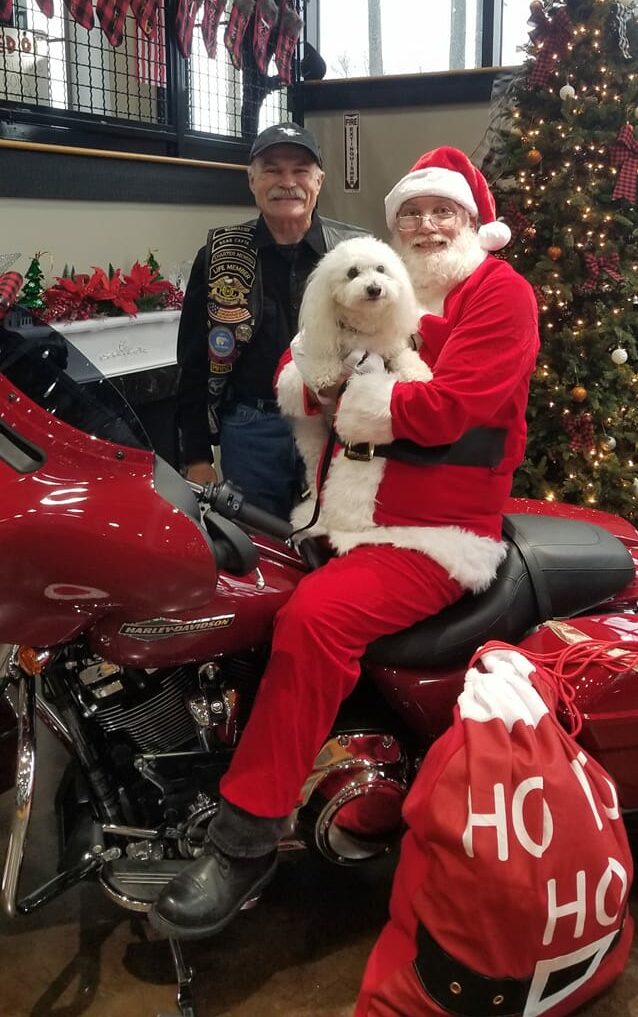 Kevin Savoy, of Levittown, has been a member of Bucks Co. H.O.G. for five years and will serve as club activities director for 2022.

“It’s about the spirit of the holiday,” he said about the selfie contest. “To just share a little joy.”

Savoy, who also entertains children as Santa, including recently at Stars & Stripes Harley-Davidson, does recognizance runs to find special lights and decorations displays for his selfies.

“I like the uniqueness, of people’s originality,” said Savoy, about what he looks for when snapping a photo of various Christmas displays. “The other thing I like is people who have yards just full of stuff that really demonstrate the Christmas spirit. It’s also about the holiday. They took the time to decorate so other people can enjoy it.”

“We try to respect people’s privacy,” he said. “Sometimes people don’t want you to take pictures…Sometimes you’ve got to explain to them what you’re doing.”

“But most people are pretty receptive to it,” said Savoy, who is retired from the Department of Corrections.

Savoy and his wife, Michelle, have three children ages 25, 23, and 14. His youngest son, Brandon, enjoys participating at the group’s events and likes to call the numbers when they have bingo, he said.

“A lot of the stuff we dois charity work,” he said. For example, they raise money for the Muscular Dystrophy Association and they just held a “Pink Your Ride” for Breast Cancer Awareness and raised nearly $11,000 for St. Mary’s Hospital.

“We did a food drive for Thanksgiving for a food pantry and delivered over 400 items,” said Savoy. “We are a riding club, but we also think about others who are less fortunate. We did a homeless shelter ride the Saturday before Thanksgiving and brought over $1,800 in gift cards for them to buy Christmas (presents).”

Savoy said he felt honored to be asked to be an officer of the group. 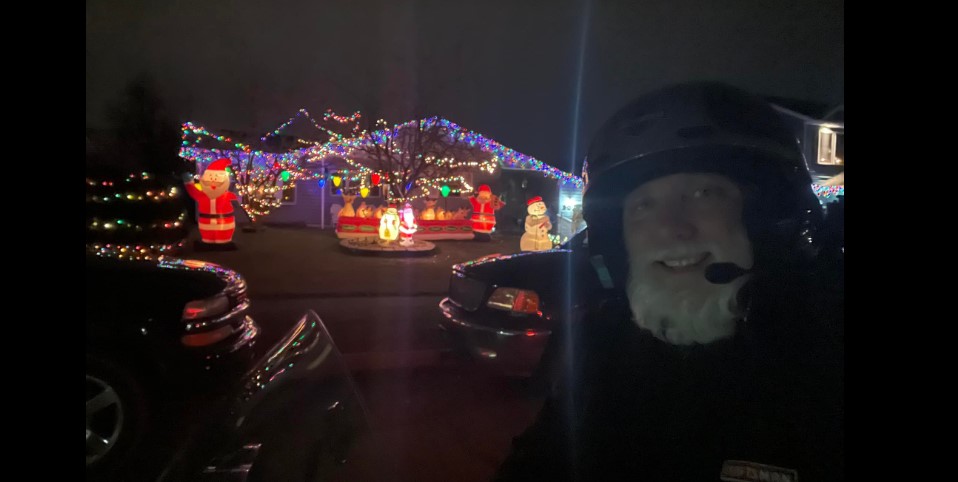 “Unfortunately, my mom passed away a year ago last December,” said Savoy. “For the 365 days of her passing, I committed to doing more charity work. So this is my year of giving, I call it.  Right now I’m organizing an MDA fundraiser. We’re selling 200 raffles at $20 a raffle for tickets to a Flyers game.”

They also did a charity ride for Toys for Tots for Children’s Hospital.

“We filled the bed of my pick-up truck with toys,” he said.

His mother, Rosemary Savoy, was very charitable “especially around Christmas.”

“She sponsored families,” he said. “I just try to recognize her that way. Hopefully, in my good graces I’m doing good to represent her.”

Anybody can join if they are a member of the National Harley Owners Group. There is an additional $24 a year to join the local chapter, he said.

Over the years, motorcycle riders have gotten a bad reputation because of various criminal gangs, but the Bucks Co. H.O.G. is the opposite of that.

“We do a lot of positive things,” said Savoy.  “Our hashtag for Twitter is ‘#bestHOGchapterever.’ We’re very family-oriented. We’re very outgoing. We really try to bring the best out of people. I’m hoping I’m making Mom proud. It’s a group effort.”

“It’s all about notoriety for the good of people, not the bad of people. The holiday season is about giving back,” said Savoy.