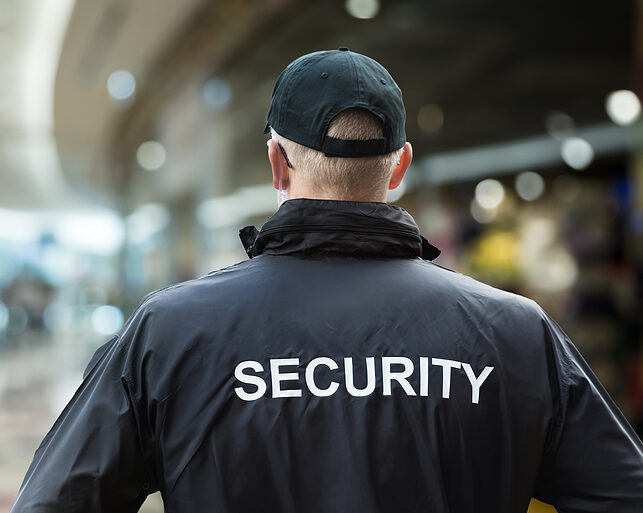 In reaction to increased crime in Philadelphia, it has been widely reported a Philadelphia gas station owner has hired security guards toting AK-47s to protect his property, customers, and employees.

With 500 murders in Philadelphia as of Dec. 19 and 562 homicides last year, the state legislature has gotten involved with the House impeaching progressive District Attorney Larry Krasner and the Senate set for an impeachment trial in January.

And the Delaware Valley suburbs are not immune to violent criminal incidents.

On Dec. 18, an armed hit-and-run suspect got into a shootout with police near the King of Prussia Mall. An attempted carjacking has occurred at the Willow Grove Mall, and a driver was gunned down in a road-rage shooting in Springfield.

Tehlair Strong, a managing member of Eyewatch Protection, said his business is growing.

“We offer armed security patrol services and armed and unarmed guards,” he said. Typical customers are businesses and apartment complexes. They monitor various sites in the greater Philadelphia area.

“Everything that requires long-term security,” he said. “We’ve done exceptionally well” for the last few years, he said. “Even during the pandemic. Most of our clients are proactive and they’d rather have security than an incident.”

The private security industry began seeing rapid growth increase in 2010. Since then, the industry has continued to grow exponentially each year, explained Joseph Ferdinando of Building Security Services. He said it is now a $350 billion market, with $282 billion spent in the private sector and another $69 billion spent by the federal government.

More than $200 billion of the $282 billion spent in the private sector is heading to non-IT (information technology) sources. More than $80 billion is being spent on IT-related sources of security.

The City of Brotherly Love is also being hit by the national surge in organized retail crime (ORC), much of it driven by gangs.

According to United to Safeguard America from Illegal Trade (USA-IT), in 2021 alone retail thefts in Pennsylvania totaled nearly $5.6 billion and cost more than $510 million in state and local taxes. In a recent DVJournal podcast, Alex Baloga with the Pennsylvania Food Merchants Association talked about how “sophisticated” retail crimes like shoplifting and smash-and-grab robberies have become.

And, Baloga said, criminals take advantage when communities decline to enforce laws against these property crimes, moving from place to place. “We have seen where laws have been relaxed, there have been more brazen acts. These are organized, sophisticated criminals, not an average person who’s just down on his luck.”

Paul Levy, president of the Center City District in Philadelphia, said his organization had taken steps to help its member businesses combat crime. They included uniformed security guards and outreach to homeless people in the area.

By mid-fall, the CCD expanded its team of unarmed, uniformed safety ambassadors, known as Community Service Representatives (CSRs), from 42 to 50. It raised salaries for the CSRs in the spring. They “provide a friendly, helpful and highly recognizable presence on downtown sidewalks for more than three decades.”

The CCD is also expanding its bicycle safety patrol that works with the CSR program and the Philadelphia Police Department. As of September, CCD increased the uniformed bike patrols manned by Allied Universal, which operate seven days per week in two shifts, to more than 45 positions.

“So far this year, Part 1 (serious crimes) in CCD are 8.7 percent below 2019 levels,” Levy said. “It may not feel that way because headlines are focused on other stories and other major challenges like retail theft and a citywide epidemic of gun violence that remains appallingly high. But these too are problems within our control — amenable to a two-handed approach that brings law enforcement together with social services and job opportunities.”