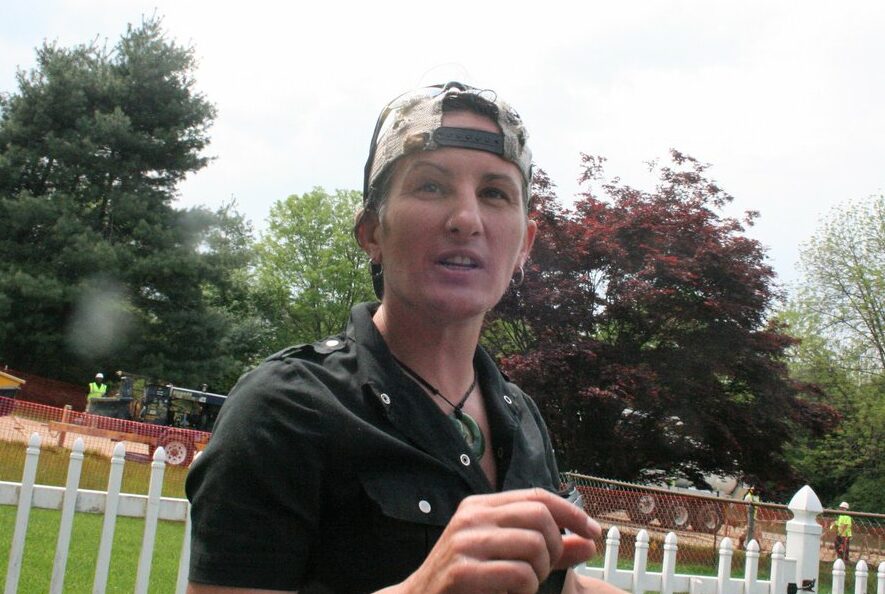 As an anti-fossil-fuel activist, Christina “PK” Digiulio has worked side by side with politicians like state Sen. Katie Muth (D-Montgomery County) and state Reps. Danielle Friel Otten (D-Upper Uwchlan) and Rep. Dianne Herrin (D-West Chester). Now she is hoping her political allies will stand by her as the Green Party candidate for governor.

“I agree with the Green Party’s Ten Key Values,” Digiulio told Delaware Valley Journal (DVJ). “I especially like that the Green Party first called for a ban on fracking for gas in 2008, when it was instituted by a Democratic governor in Pennsylvania, (and) the Green Party provides a contrast with the gubernatorial candidates from the two corporate parties, who have remained silent about our fossil fuel problems, specifically the health and environmental impacts.”

Digiulio has been a fixture in the fight against the now-completed Mariner East pipeline, an outspoken ally of Democrats like Friel Otten who used the pipeline issue to launch her political career. Like Muth and Friel Otten, Digiulio still wants the pipeline shut down and opposes increased Pennsylvania energy production even as gas and hone heating prices soar.

“I want it to stop,” she told NPR. “I know too many people who have been harmed, so let’s just stop this.”

Digiulio, who holds a BA from Lock Haven University and once worked as an analytical chemist for the Department of Defense, has never run for office before. But she has been active on the ground. “Most of my time within the election season was spent in the field, touring candidates, and having them meet the impacted residents I advocate for, in order to hear their stories, from their perspective,” said Digiulio. “These candidates were from all parties and all levels of government: Green, Libertarian, Republican and Democrat.”

She says the major party candidates are not taking any actual risks in order to protect the health and safety of the people.

“We are grassroots activists, environmentalists, advocates for social justice, nonviolent resisters, and regular citizens who’ve had enough of corporate-dominated politics,” said Digiulio. “Government must be part of the solution, but when it’s controlled by the 1 percent, it’s part of the problem. The longer we wait for change, the harder it gets.”

Digiulio’s fellow “advocates” Muth and Otten declined to respond to requests for comment about her candidacy.

The likely Democratic nominee for governor, Attorney General Josh Shapiro, includes climate change and the environment among his priorities. But Digiulio has expressed disappointment in his handling of the Mariner East pipeline.

“I am appreciative that Josh Shapiro addresses these topics. However, the solutions for a just transition are not clear or are lacking some key issues,” said Digiulio. “It seems familiar to me, another centrist position or a compromise with the [fossil fuel] industry lobby.”

Shapiro has criticized Gov. Tom Wolf’s push to get Pennsylvania into the Regional Greenhouse Gas Initiative (RGGI), saying it is not clear RGGI will address climate change while protecting energy jobs and ensuring affordable power.

“We need to take real action to address climate change, protect and create energy jobs and ensure Pennsylvania has reliable, affordable, and clean power for the long term,” Shapiro said in a statement in October 2021. “As governor, I will implement an energy strategy which passes that test, and it’s not clear to me that RGGI does.”

“I and other community watchdogs have spent the last 5-6 years documenting this on the Mariner East pipeline for plastics project,” said Digiulio. “[Shapiro’s] position is not enough, his action is what we must look at, (and) I wonder if he sees compromising or settling with a serial offender of human rights violations, environmental violations, and our state and federal laws, as bringing justice to the harmed?”

Digiulio questions what Shapiro was doing in his time as attorney general.

“Did he ever realize that he needed more data in order to do his duty, aka protecting the impacted people of Pennsylvania and the environment?” said Digiulio. “For example, some ideas I know are available: a groundwater impact study, full-scale hydrogeological studies, or maybe look into a forensic geologist? Leaving the people to defend for themselves (data-wise) against two entities which have a history of poor behavior and lots of money, still places people with much less money and resources, against a Goliath.”

Digiulio added Shapiro “seems to be playing a political goal of pleasing voters with an environmental perspective while at the same time pleasing the industry by settling outside of court against the will of impacted residents.”

“Throughout his entire career, Josh Shapiro has worked to defend Pennsylvanians’ constitutional right to clean air and pure water,” spokesperson Will Simons told DVJ. “As governor, he will continue that work by investing in clean energy and clean transportation, adopting (the) 2020 grand jury report recommendations to minimize health hazards arising from fracking, capping orphaned oil and gas wells, and addressing lead contamination in order to keep protecting Pennsylvania’s environment.”

Pointing to his time as a state representative, the campaign said Shapiro fought hard for passage of the Pennsylvania Energy Independence Fund, a $650 million spending package aimed at developing the commonwealth’s alternative energy industry and addressing the rising cost of utilities.

“As attorney general, Shapiro took on the Trump administration to halt their rollback of environmental regulations — including winning a court ruling that required the U.S. Department of Energy to issue national energy efficiency standards after the Trump administration refused to implement the standards,” said the Shapiro campaign. ”Shapiro also issued a grand jury report on the Pennsylvania Department of Environmental Protection’s failure to protect the public’s health from the effects of fracking.”

Shapiro is the only Democrat currently running for governor. Nine Republicans have filed paperwork to run. The primary is May 17.

Democrats Throw Meatballs in the 2021 Election 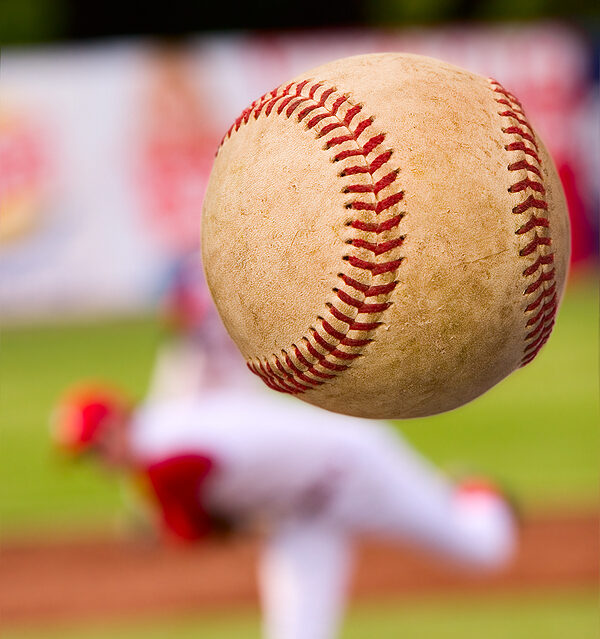 The results of the 2021 elections aren’t looking great for progress in the next cycle. The spreadsheet from this year’s results shows many easy misses and many hard-ball truths. The Democratic Party continues to spread itself too thin while boasting that its big tent can represent both centrists and leftists.

Certainly from the bullpen, the Blue Sox appear to appeal to a large number of spectators. From the national league, you have rookie Alexandria Ocasio-Cortez in left field striking out with Democratic Socialists by putting Medicare for All back into the batting cage. While they also have seasoned-player Kyrsten Sinema playing short-stop on raising the minimum wage.

Those broad swaths of ideology should give them a hometown advantage, but when a conservative batter charges the mound, there simply is no solidarity, no nine-on-one fight.

This is where the four pillars of the Green Party give our pitchers better guidance. Green Party elected officials from school boards to mayors have fundamental shared beliefs in peace, ecological wisdom, social justice, and democracy,  https://www.gp.org/the_four_pillars.

The penalty for the Blue Sox’s MVP Joe Biden’s trajectory toward right-field was especially shocking to many since his election. Even when the pitch towards progress appears right down the pike, he surprises us with new levels of disappointment. This renowned switch-pitcher cares more for those sitting in their box seats as high-paying patrons, rather than most of us sitting in the nosebleed seats trying to catch a fly-ball–just once.

It appears the Democrats need to work on some basic teamwork, instead of pointing fingers from right to center field. Their in-field in-fighting and failure to pass their own basic platform initiatives — even with the stats stacked in their favor — continue to disenfranchise the entire franchise. They really should have been watching the Republicans who were busy stealing home plate by winning disproportionately in 2021, from local judges in Pennsylvania to the shocking results in Virginia. As Democrats kick sand at each other, fans have grown bored with their antics. Ticketholders are looking for some easy wins, or at the very least shying away from the mixed signals that catcher Jaime Harrison and his DNC are sending.

So, Blue Sox, do you want to “Defund the Umpires,” “Reform the Umpires,” or raise their wages and hire more umpires? The latter appears to be one of the many screwballs angering activists, many of whom played a major role in electing Joe Biden president. In this example, the Green Party sends a very straightforward cutter as the focus must be on hyperlocal, grassroots democracy that carries over into redefining the roles of umpires in our communities: More justice, less crime,  https://www.gp.org/social_justice#criminal-justice-reform.

In Pennsylvania, the Blue Sox aren’t even playing ball. While their opponents are filling up the bases, Democrats are busy at the concession stand, selling merchandise for whatever clever social buzzwords and hashtags they can put on a team jersey. Which is not to say supporting social causes via merchandise is bad; but when that money is being funneled and held by the team owners, it’s a problem. By the way, the Green Party also has merchandise, but the money you spend on our cool items goes right back into building a league of our own. Check it out here, https://www.gpofpa.org/merchandise.