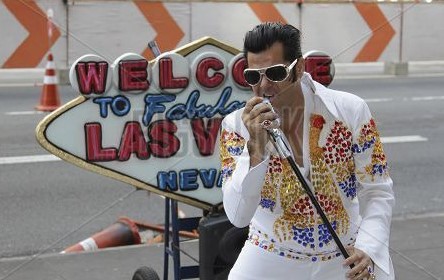 The new Elvis biopic opens this week, in the same month that marks the fortieth anniversary that Elvis Presley’s Graceland opened for public tours.  On June 7, 1982, just shy of the fifth anniversary of Presley’s August 16, 1977 death, approximately 3,000 people paid five dollars for a tour of Presley’s former home.

That business decision birthed an enterprise estimated to be worth between $400 and $500 million dollars today.  Ticket packages to tour Graceland and the surrounding campus currently range from a basic $27 to a $196 VIP tour.  The background story of turning a singer’s home into a cultural phenomenon exemplifies the American entrepreneurial spirit.

Because Presley’s business manager/promoter, Colonel Tom Parker, had sold off the rights to most of his songs a few years before his death and his primary revenue came from touring, once Presley died, turning Graceland into a tourist attraction was one of the few ways left to earn income.

Presley’s will bequeathed his estate in trust to benefit his daughter, his father, and his grandmother, to be managed by his father, Vernon Presley.  Upon his death in June 1979, the elder Presley appointed Priscilla Presley, whom Elvis Presley had divorced in 1973, as executor.  Shortly thereafter, Presley’s grandmother died, leaving Lisa Marie Presley as the sole heir.   By that time, the Estate was in debt, with scant sources of revenue.

Priscilla Presley had two choices: either sell off the remaining assets, including Graceland, and invest the proceeds for the benefit of her daughter or figure out how to continue to earn money from her deceased ex-husband.  She chose the latter.

Elvis Presley had purchased Graceland in 1957 as a home for himself and his parents – a stark contrast to the two-room house in Tupelo, Mississippi where he was born. Presley recognized that he achieved the American dream, remarking in the 1950’s that the US Government would not want Nikita Khruschchev [former Premier of the Soviet Union] to visit Graceland because he would “see how in America a fellow can start with nothing and, you know, make good.”

Although Graceland became profitable as a tourist attraction shortly after its opening, Priscilla Presley looked at the shops selling Elvis kitsch up and down the street outside Graceland and recognized yet another business opportunity.  The Estate began suing anyone who used the Elvis Presley likeness without permission.

Courts recognized the right to publicity and the decendibility of the economic value of a celebrity’s image.  The Tennessee General Assembly took notice and enacted the Personal Rights Protection Act of 1984, codifying personality rights and ensuring a celebrity’s right to publicity can be passed on to heirs as a category of intangible personal property.  The Presley Estate continues to aggressively litigate the rights to the Elvis likeness, quickly squelching anyone who dares run afoul of its various copyrights and trademarks.

Elvis Presley’s achievements as a solo music artist remain unmatched. His meteoric rise to fame and fortune epitomized the American Dream, especially set against the backdrop of the spread of communist ideology and the growing power of the Soviet Union that persisted throughout the mid-twentieth century.

The advertising surrounding this week’s eagerly anticipated Elvis biopic appears to highlight the contributions Presley made to music, entertainment, and pop culture juxtaposed with the complicated relationship he had with Parker, who continually made questionable, if not downright unethical, fiscal decisions.  Repeated economic blunders made throughout Elvis Presley’s career, along with the perils of fame which resulted in excesses later in life that no doubt contributed to his early death, left his heirs with little in the way of pecuniary benefits.

Every outcome begets an opportunity, however, and Priscilla Presley rose to the challenge.  The woman who met him when she was 14, married him at the age of 21, and divorced him six years later, ultimately proved to be the architect of his lucrative legacy.