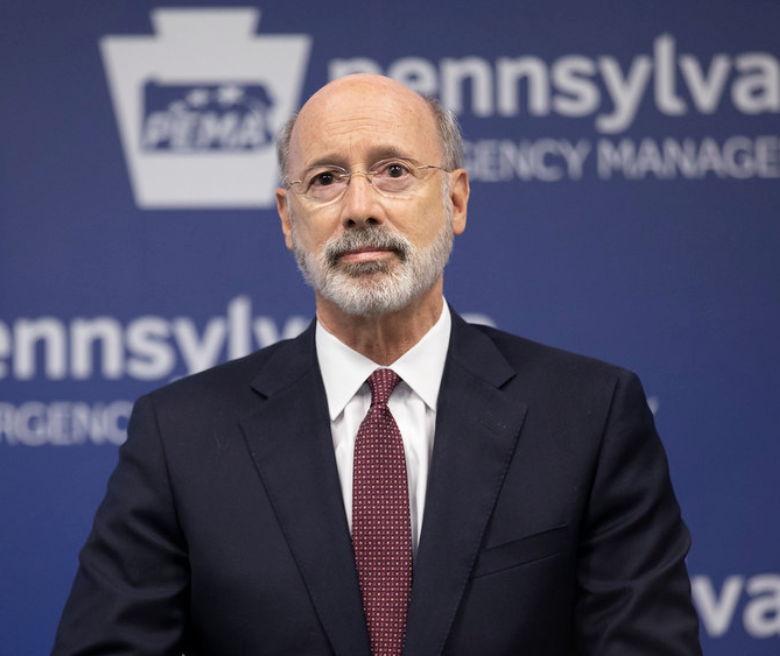 Maybe it’s time to rethink the voting laws that Pennsylvania’s legislature passed prior to the 2020 election.

Gov. Tom Wolf’s wife, First Lady Frances Wolf, dropped off his mail-in ballot for him, but under the law, he should have done it himself. If convicted, she could face a year in prison, a $1,000 fine or both. Wolf revealed this when asked during a radio interview if he had gone to the polls himself, according to Spotlight PA.

“It was an honest mistake,” said a spokesperson for the governor told Delaware Valley Journal.

A spokeswoman for Attorney General Josh Shapiro said it would be up to the local district attorney whether any charges would be brought. Shapiro, a Democrat, is running for governor. Wolf’s second term ends next year and by law he cannot seek a third.

Some of the Republicans who are running for the gubernatorial nomination were quick to chide the governor.

“Governor Wolf exemplifies the phrase, ‘rules for thee but not for me,'” said Montgomery County Commissioner Joe Gale. “We saw it with the COVID-19 restrictions and shut downs, and now with mail-in voting.

“Frankly, the bigger scandal is Act 77, the 2019 Pennsylvania law which created 50 days of no excuse mail-in voting and enabled nonsense like mail-in ballot drop boxes,” said Gale. “That law, which completely delegitimized our election process and cost President Trump his re-election, was passed by every Republican state senator, the Republican majority in the state House, and signed into law by Governor Wolf.”

Bill McSwain, the former U.S. Attorney for the eastern district of Pennsylvania said, “It is insulting that while many thousands of regular Pennsylvanians showed up to vote in person, Governor Tom Wolf couldn’t even be bothered to leave his home to drop off his own ballot. Unfortunately, this disregard for civic duty is par for the course when it comes to Wolf’s brand of do-nothing leadership. It is time for a hands-on Governor who will take an active interest in the future of Pennsylvania.”

Sen. Doug Mastriano (R-Adams/Cumberland/Franklin) said, “Governor Wolf inadvertently highlighted a significant security flaw when it comes to mass mail-in voting. While currently illegal under the election code, enforcement of those who break the law by delivering a ballot or ballots on behalf of others can be extremely difficult. This is particularly true at unsecured drop-off locations.  Mass mail-in voting has opened up the door for the opportunity of ballot harvesting. It’s one of the many reasons I introduced SB 884 which would eliminate “no-excuse” mail in voting via Constitutional Amendment.”

Mastriano announced he formed an exploratory committee for a run for governor on Friday.