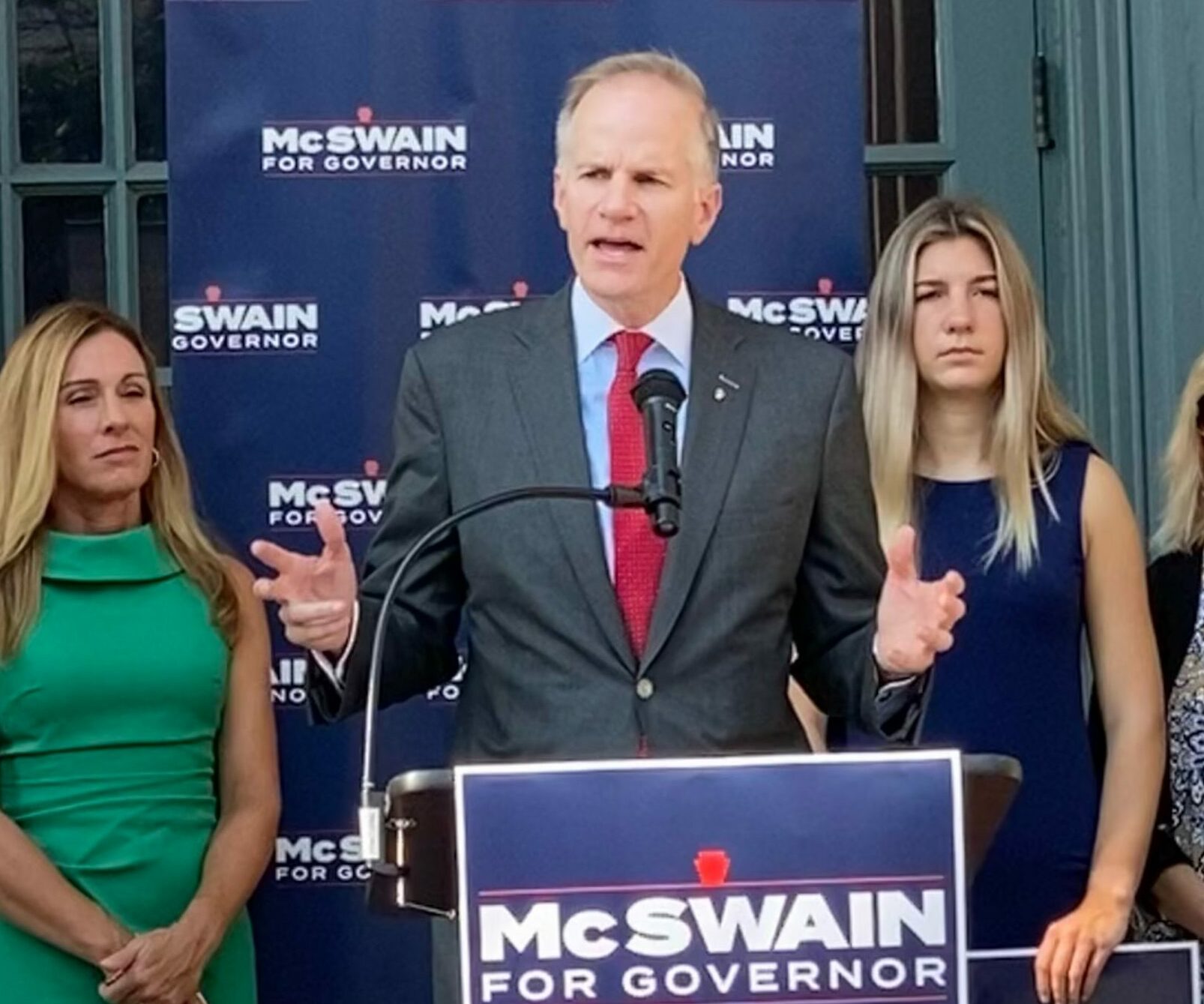 In a brutal statement Tuesday, former President Donald Trump lambasted Bill McSwain, the former U.S. Attorney for southeastern Pennsylvania who is campaigning in the Republican primary for governor.

McSwain, a West Chester native, has touted his service as a law and order prosecutor in television commercials, and some include him standing by a smiling Trump.

Trump said he would not endorse McSwain in the gubernatorial race because “he was the U.S. Attorney who did absolutely nothing on the massive election fraud that took place in Philadelphia and throughout the commonwealth.”

“He said (U.S. Attorney William) Barr told him not to do anything (because Barr was afraid of being impeached by the Democrats) but he should have done his job anyway. Without free and fair elections, we don’t have a country,” Trump said.

Trump also called the former Marine, “a coward who let our country down” and said McSwain “should be ashamed of himself, as should many Republican leaders who didn’t act.”

However, McSwain is continuing his run without Trump’s support.

“I’m proud of my record as U.S. Attorney. I’ve prosecuted and put people behind bars who committed voter fraud and put rioters and looters in jail. When I’m governor, we’re going to get back to a voting system that everyone has confidence in, and that begins with repealing the unconstitutional mail-in balloting law, Act 77, that Doug Mastriano voted for.”

Mastriano, a state senator representing Franklin County, is also running for governor, as are seven other candidates.

The McSwain campaign is also putting out a new digital ad and microsite focused on law and order, said spokeswoman Rachel Tripp.

McSwain garnered the endorsement and deep pockets of the Commonwealth Partners Chamber of Entrepreneurs, a free-market advocacy group, which continues to support him.

“President Trump’s endorsements (or non-endorsements) have been hit or miss. Bill McSwain’s record of upholding the law and going after criminals speaks for itself,” said Matt Brouillette, Commonwealth CEO.

Republican consultant Charlie O’Neill said, “This was certainly not the news Bill McSwain was hoping to hear, a significant messaging point for his campaign and supporters centers around his appointment as U.S. Attorney under President Trump. I don’t anticipate his backers will abandon his campaign, they knew there was always a risk Trump wouldn’t back him. The forcefulness with which Trump attacks him was probably not something they anticipated, and no doubt puts him on defense. It also raises the chances that other candidates still have a shot at the coveted nod from President Trump, several of whom have personal connections with him.

“In such a large field, no one can ever be counted out, but McSwain will need to work much harder to win over Republicans who overwhelmingly still look toward President Trump as a party leader,” O’Neill added.

Meanwhile, Dom Giordano, WPHT talk show host and a columnist for the Delaware Valley Journal, had endorsed McSwain early on.

Giordano agrees with his listeners.

“They are still very supportive of McSwain and blame William Barr for Trump’s issue on the election, not McSwain.”