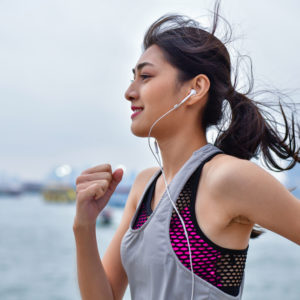 Americans across the country watched aghast as collegiate swimmer Lia Thompson, a biological male who was a mediocre competitor against other men, qualified to compete in the NCAA Women’s Championships. To most people here in Pennsylvania’s Sixth District, allowing men to compete against women in women’s sport is absurd, and they’re right.

Mothers and fathers across this district spend countless years and dollars driving their daughters to practice, paying for uniforms and trips, providing moral support and watching their daughters compete in hopes of snagging athletic scholarships. These scholarships exist as a result of hard-won political battles a generation ago to establish equitable Title IX Act (1972) funding for girls’ sport.

But now all of that is put at risk as girls’ college and high school athletics are at risk of becoming a league dominated by men.

But our representative in Congress, Chrissy Houlahan, doesn’t just disagree with the common-sense notion that biological men shouldn’t compete in girls’ sports, she supports codifying into federal law the right of men to elect to compete in women’s sports via the so-called “Equality Act.”

And for Rep. Houlahan, support for the intrusion of biological men into women’s spaces doesn’t stop with athletic programs. Federal legislation that she supports would give these men access to women’s bathrooms and locker rooms, prisons, and even battered women’s shelters.

As the father of a young daughter, I find this as dangerous as it is absurd. And having spoken to other parents here in Berks and Chester counties, I know I’m not alone.

But Chrissy Houlahan doesn’t care what her constituency thinks. She’s more concerned with scoring points with the ‘woke’ left. While she’s campaigned as a moderate, she’s become one of the most liberal elected officials in the entire country.

When I am elected to replace her, I will not only oppose the Equality Act, but I will go on offense against this invasion of women’s sports and spaces. I will introduce legislation to restrict any federal funds from any state school system or college or university that allows biological men into girls’ sports. I will also fight to restrict funding from any government-grant funded program that does not recognize the inherent distinction between men and women.

This issue isn’t just about trophies. This is about preserving the wins for women’s rights secured over generations going back to the suffragist movement. This is about allowing women to feel safe and secure in their own spaces. This is about standing up to the backwards and destructive woke-ism that destroys everything it touches.

On this and many other issues, Chrissy Houlahan is out of touch with the values of our district, and that is something that we can correct in the November General Election. Unlike Chrissy Houlahan, I will be a champion for women’s sports and spaces, and I humbly ask for your vote.