PA Pols Respond to Pain at the Pump 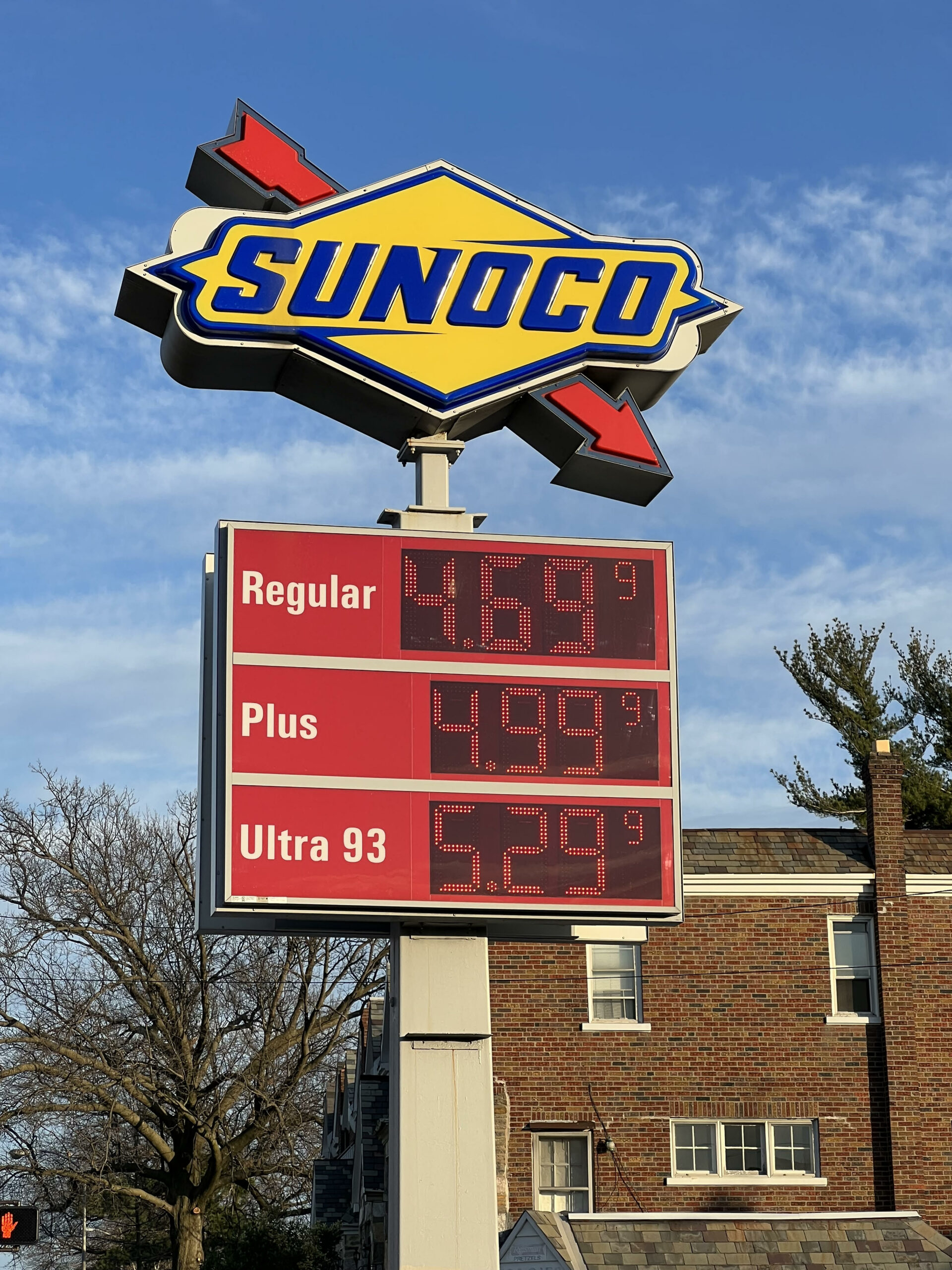 Average gasoline prices in Pennsylvania hit $4.42/gallon last week, an all-time high. That is $1.40 a gallon higher than a year ago, according to GasBuddy. It is not, however, the most costly gas per gallon when adjusted for inflation. That happened when gas hit $4.11 on July 17, 2008 — or about $5.25 in today’s dollars.

The highest nominal price today is under Democratic President Joe Biden. The highest in real dollars was under Republican Presidents George W. Bush. And there were wild swings in gas prices during the terms of Presidents Barack Obama and Donald Trump.

Fairly or unfairly, presidents tend to get blamed when gas prices rise. According to energy reporter Robert Rapier at Forbes.com, “The macro factors involving oil prices are far greater than the impacts from the decisions a president makes. A president can try to move the markets but those impacts are fleeting.”

But that gives little solace to Delaware Valley residents, who have taken to Facebook to express their feelings about pain at the pump.

“My corner Wawa just went up .26 cents overnight. It is now $4.459 per gallon. Home heating oil is up over $2 per gallon since August 2021. And the president wants everyone to go back (to) working at their office building instead of working at home? He is a joke!” said Philadelphia resident Andy Grant.

Elyse Fels, a Cheltenham resident, said, “It is what it is – I’ll handle it – hopefully it’s not forever!”

And Sara Pilling of Bryn Mawr said, “I’m gloating, as I bought a Toyota Prius plug-in, get 125 mpg, yet continue to conserve in my driving!”

Not surprisingly, Pennsylvania’s political candidates are promising to act.

In a recent interview with ABC27, Attorney General Josh Shapiro, a Democratic candidate for governor said, “Energy prices are up this year and will likely keep rising. “I want Pennsylvanians to know that there is help available for everyone and that we are going to do all we can to make sure that these resources remain available to Pennsylvanians over the spring and summer.”

Former U.S. Attorney and Republican candidate for governor, Bill McSwain, agreed the solution is to increase domestic manufacturing, though he blamed the Biden administration for much of our current predicament.

“Sky-rocketing gas prices are a direct result of President Biden’s weak leadership and disastrous energy policies. We should not be dependent on countries that hate us, and it is wrong and immoral for Biden to beg foreign nations to produce more oil rather than increasing production domestically,” McSwain said.

“As governor, I will harness the full potential of Pennsylvania’s energy resgources to eliminate our reliance on foreign oil and create thousands of jobs for hard-working Pennsylvanians. I will also call for a permanent and drastic reduction of the crippling state gas tax put in place by Harrisburg career politicians and supported by many of my opponents in this race.”

Democrat Gov. Tom Wolf has agreed with McSwain that the gas tax should be removed. The question is what should replace it.

Democratic senatorial candidate Lt. Gov. John Fetterman, speaking live from the pump while he was filling his truck said, “People are getting squeezed whether folks want to call it inflation or not…but there is a solution, and it would solve more than gas prices…. We need to use American energy to make American energy cheaper for American workers…We should do more manufacturing right here in America and create more jobs here to drive down prices… It should be common sense that we can lower prices if we make more sh*t in America and here in Pennsylvania. We don’t need to be outsourcing any more jobs to China.”

“The record-high gas prices we’re seeing today have been a year in the making thanks to Joe Biden’s terrible energy policies,” said McCormick. “From killing the Keystone XL pipeline to banning new federal natural gas and oil leases to the regulatory blanket he placed across our energy sector that’s chilled capital investment, Joe Biden has hamstrung American energy production which has invited Putin’s aggression and skyrocketed prices at the pump for all Pennsylvanians.”