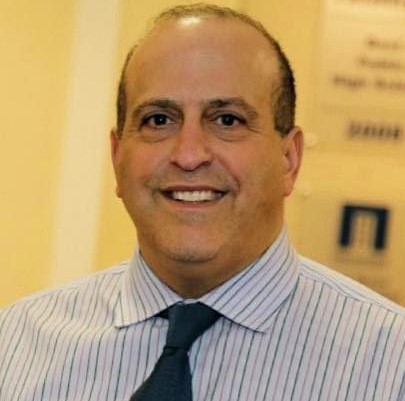 Sources in the Delaware Valley GOP tell DVJournal that small businessman Frank Agovino is set to become the new chairman of the Delaware County GOP.

With Tom McGarrigle stepping down as chairman, the committee is set to elect Agovino. He previously ran for a seat on the county council and most recently for state senator.

“No doubt GOP chair is a difficult job in this environment. A rebrand is needed and that starts with common sense messaging,” Agovino told the DVJournal.

“Most Republicans are wanting reasons to be part of the solution. Unfortunately, Democrats capitalized on the rhetoric of certain political figures and successfully painted local candidates as extreme and out of touch. I intend to create an effective communication strategy that speaks to what we truly represent: quality education, fiscal responsibility, support of our law enforcement, lower property taxes, and creating a business-friendly county, to name a few.

“There are plenty of Republican leaders who have terrific ideas and are willing to work hard. Everyone needs to be heard and welcomed to make a difference. I believe whoever is chosen as chair would be in line with this thinking,” he said.

Dave White, who ran for governor earlier this year and had thought about running for chair, said he withdrew his name and will support and help whoever is elected.

“We need to start winning in this state and in Delaware County,” said White.

Agovino grew up in southwest Philadelphia and has lived in Springfield Township for 25 years. He graduated from West Catholic High School and holds a marketing degree from St. Joseph’s University and a master’s degree in organizational leadership from Cabrini University.

Agovino is also the founder of DiFabio’s 9th Street Catering, Inc. a Delaware County-based family-owned business. DiFabio’s is a food service company that specializes in catering, and event planning, as well as being a popular restaurant, taproom, and market located in Media.

In 2017, he opened the Media Bean Company, a coffee shop, and eatery that partners with New Avenue Foundation a 501(c)(3) nonprofit whose mission is to make the lives of the disabled happier and more meaningful through employment. The employment program with the New Avenue Foundation and the Media Bean Company assists people with autism and other disabilities to find jobs while connecting socially with customers and fellow workers.

Agovino and his wife Laura are the parents of a teenage daughter, Alexa.