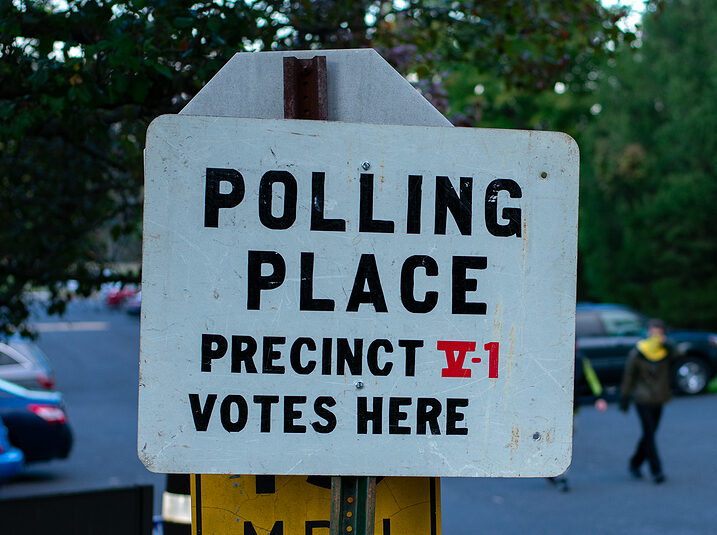 County election officials are registering their displeasure with the Pennsylvania Department of State (DOS) over a proposed form that would combine voter registration with a request for a mail-in ballot, according to letters obtained by Broad + Liberty. Both letters are embedded at the end of this story.

The development is just the latest in the continuing fallout from Act 77, the massive election reform Republicans passed in 2019 and have since largely turned against, and that Democrats initially opposed but have now embraced. The law greatly expanded voters’ ability to cast an absentee ballot, and ushered in no-excuse mail-in voting across the commonwealth.

Currently, voter registration forms and mail-in ballot request forms are completely separate. According to the letters, combining the two elements into a single form would create confusion for the voter and election workers, and would almost certainly lead to lawsuits from various political campaigns.

Dauphin County sent a letter to the DOS on Friday, while a letter from Bucks County is undated but could only have been written and sent after Aug. 10, given certain references made in the letter.

“We believe this proposed form is likely to stoke new and undue confusion, concern and skepticism among voters at a time when it is imperative that we rebuild trust in our election system,” Bucks County Elections Director Thomas Freitag wrote, in bold.

The Bucks County letter also alleged that the Department of State didn’t inform counties of the proposed “combined” form until about three weeks ago on July 29.

Freitag said in his letter that as county election officials from across the state began to discuss the idea, the “consensus against this move was so resounding that a workgroup was formed to provide meaningful feedback to the State regarding this combined form.”

Dauphin County Elections Director Gerald Feaser Jr. echoed those concerns while emphasizing that he has been “unequivocal” in his support of other online processes for someone to request an absentee or mail-in ballot.

“However, this dramatic change in front-line service of voters with a dual registration/mail-in ballot application so close to a potentially pivotal election is a terrible idea. My concern is based on my experience — and the shared experience of the other 66 election directors across Pennsylvania — since Act 77 of 2019,” Feaser wrote.

“It has been clear from the outset that this idea was developed in a vacuum,” Feaser added.

Both Feaser and Freitag said the biggest concern was that the two different “requests” on the form had different statutory deadlines.

“[W]hat do I do if a voter registered in another county submits one of these dual applications changing their address to Dauphin County, but it is received on Oct. 25, which is after the deadline to register or make changes to a voter’s’ status, and they are requesting a mailed ballot at the same time?” Feaser asked. “Do I set it aside as received after deadline? Do I forward it to the county in which they are presently registered to vote and hope that the county decides to issue a mailed ballot for the voter’s current election district in that county but mail it to the voter’s new address in Dauphin County?”

Feaser said a new round of frustrations would mean more disenfranchised voters, not fewer.

“We were flooded with duplicate applications, and irate voters who received a mail-in ballot for the 2020 election who wanted to vote in person and were forced to cast a provisional ballot,” Feaser also told the Department of State. “We lost large numbers of poll workers because of the threats and anger directed at them by voters who became permanent mail-in voters in error. By rushing this form through, without putting in place appropriate safeguards, the Department is putting political interests ahead of the safety of Pennsylvania’s election workers.”

Feaser went so far as to say that the combined form was likely causing the Department of State to take its eye off of other, higher-priority tasks needed for the November election.

“What we, as counties, presently need from the Department is a list of candidates and SUREVote candidate codes to facilitate election night reporting so that we can complete ballot preparations to mail ballots to voters by mid-September,” Feaser specified.

The Department of State did not return a request for comment.

Act 77 has been a political battleground ever since its implementation, and to see how unsettling it has continued to be, one must look no further than the dispute over the requirement that the outer envelope containing a mail-in ballot be dated by the voter.

That dispute led to several court cases, and on Friday, a state court judge ruled that undated ballots must be counted. But that ruling was only one of several, as the battle over this particular provision of the law had been heard at least twice in federal courts, and numerous other times in state courts.

Republicans and Democrats agreed on some election-reform compromises last month as part of a larger negotiation towards passing a state budget. Among some of the reforms, for example, Republicans got their wish to eliminate any potential third-party funding of county election offices, which had become controversial in the 2020 election. To counteract that, Democrats got $45 million to dole out to county election offices in grants to help upgrade equipment and other needs.