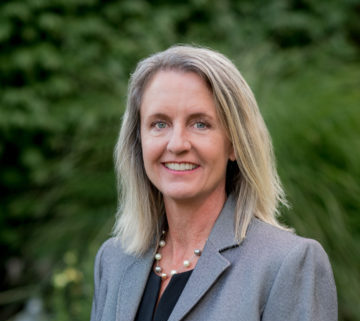 2-17 Update: At Wednesday’s meeting, the council approved an investigation into the township’s finances by a 6-5 vote. Voting in favor were Councilors Wagner, Faraglia, Andruszko, Burke, Silva, and Wentz. Voting against were Councilors Blackwell, Hayman, Siddique, Tunis, and Billups.Video of the discussion is here.

Although the specter of any fiscal emergency in Upper Darby Township has been temporarily dispelled with an emergency allocation on federal funds approved last week, the political battle continues to burn behind the scenes as one councilwoman claims she has proof the mayor’s administration moved or spent funds without council approval.

Laura Wentz (D) is one of a bipartisan group of six council members pressing Mayor Barbarann Keffer (D) and her Chief Administrative Officer Vince Rongione on financial transparency issues after the township treasurer said some federal money provided through the federal American Rescue Plan (ARP) appeared to already have been spent or moved to another account.

While the mayor has the prerogative to establish priorities for the money, those priorities and actions must still be approved by council.

So, when the township treasurer said earlier this month that $6 million of the overall $20 million in ARP funding didn’t show up in the correct bank accounts, the group of six began aggressively trying to assert their authority.

“Not only do we believe that we have proof showing that the funds were spent, but then [the administration] spent two days, two or three days running around gathering money to put back to recreate that 6 million. I don’t know where they took it from, and that’s another concern,” Wentz told Broad + Liberty. “So, it’s an investigation of where’d the money go, how it was spent and where did the money come from that replaced it.”

Chief Administrative Officer Vince Rongione has been the focal point of the council’s ire, and says the entire affair is constructed of misunderstandings and incomplete information.

“I think we move money around all the time in the normal course of business,” Rongione said when told that Wentz claimed to have proof of irregularities.

“Anyone looking at the transactions, who’s not familiar with how the government functions might have some questions or concern about that, but it’s a regular occurrence that we move money from one account to another to make payroll or pay other expenses,” Rongione continued. “So, there’s nothing remarkable, there’s nothing out of the ordinary about money moving between and among our accounts.”

Rongione asserted that the $20 million is all presently accounted for “in a single, segregated account.”

Township Treasurer David Haman, who sparked the debate with his presentation at a council meeting on Feb. 2, said the federal ARP money should have been treated differently.

If council approves the investigation, it could very well set up parallel inquiries, as Mayor Keffer has proposed an audit.

“We certainly believe that an internal, politically motivated investigation by council will not be helpful at giving the public confidence or ascertaining the truth,” Rongione said. “Which is why we believe that the best way forward is an independent, impartial, third-party audit of the facts.”

Meanwhile, although Wentz says she has a smoking gun, she believes the way in which that information reaches the public could be crucial to the overall debate.

“I think that [having] it all come out through an investigation makes it more legit than the finance committee just revealing” what the documents show, she said.

An audit and an investigation are not necessarily the same thing.

“The council investigation would be to determine whether the CAO [Rongione] violated the home rule charter,” Haman noted. “Because if the CAO violates the home rule charter, he forfeits his office and that’s the terminology that’s used. And so, they’re looking to determine whether they can force him out based upon the evidence presented in an investigation.”

This article first appeared in Broad+Liberty.