SAVICKAS: A ‘Big Tech Tax’ Won’t Save the Internet 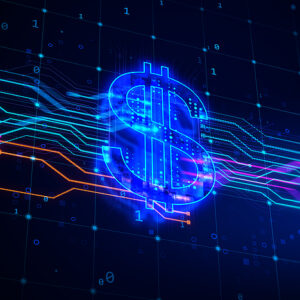 Internet connectivity is essential in an increasingly digital world. That was no more evident than when the world shut down at the height of the coronavirus pandemic. The ability to be online and remain connected was not optional but vital to living during that time. Thus, it makes sense why policymakers and experts are trying to find ways to ensure internet connectivity is spread as far and as widely as possible today.

Unfortunately, many of those thought leaders have proposed tax hikes on big tech companies as a way of reaching this goal. The idea centers around a proposal outlined by Federal Communications Commission (FCC) Commissioner Brendan Carr in a May 2021 op-ed piece. Carr called for major tech companies to be forced to pay fees to fund the Universal Service Fund (USF) to fund internet infrastructure projects and to promote affordable access across the country. The proposal received some traction then and is still circulating, especially as opinions surrounding tech companies have become more polarized.

The argument goes that since a select few tech companies account for a disproportionately large amount of web traffic, they should have to “pay their fair share” to keep the internet up and running. Presently, traditional telephone services pay for that through fees that are imposed on consumers’ monthly telephone bills.

As with most arguments that rely on the “fair share” fallacy, that doesn’t tell the whole story. First, big tech companies are already investing in building out more internet to unserved parts of the country – and the world – precisely because of how much they rely on it. That sort of investment cannot just be hand-waved away because it’s not part of USF.

There is also no hard-and-fast way to ensure the tax on big tech companies will not get similarly passed on to consumers. Any time a tax is increased on a business, the company will have to compensate somewhere. That would likely involve price hikes in some, way, shape, or form. Not only would such a “big tech tax” damage existing investment and innovation from these companies, but companies would also undoubtedly respond by raising ad prices as well as the price of their various devices and services. All those costs inevitably reach the average consumer, contributing to the inflationary pain everyday Americans are already experiencing.

It is also important to note that funneling money into the USF may be for naught. The USF is on the verge of collapse. Contribution rates are falling and there is a reason policymakers in Congress and the administration are grasping for solutions. The USF – like other government programs – is in dire need of reform and simply throwing more money at will not immediately solve. Taking money away from innovators in the space is one of the more counter-productive solutions available.

Considering the volatility of the tech space, making the USF reliant on skimming big tech revenue could make the program even more unstable. For example, Meta’s market cap has taken a severe hit over recent months, losing billions in value in such a short period as the company’s revenue continues to take major financial hits. It would make very little sense to tie a vehicle like the USF to companies whose prospects can shift so drastically so quickly. It is a recipe for even more uncertainty in an already unstable program. Imagine tying the fate of the USF to companies like MySpace and Yahoo just a few years ago. The consequences would have been disastrous.

To make the plan viable, the government would have to actively prop up tech companies, creating another new “too big to fail” dynamic. Given the push to fund USF through big tech taxes likely stems out of a desire to rein in these tech companies, the proposal becomes even more counterintuitive. And, given how typical government bailouts work, the American taxpayer would be on the hook for even more cost because of government carelessness.

While delivering high-speed internet across the nation is an admirable goal, reactionary politics going after convenient political targets will never achieve that result. Policymakers need to take a sober-minded look at the USF and come up with reasonable ways to move forward, bearing in mind the interests of taxpayers as well, and potentially working with the companies who also have a clear stake in ensuring the longevity and proliferation of the internet to every corner of America.