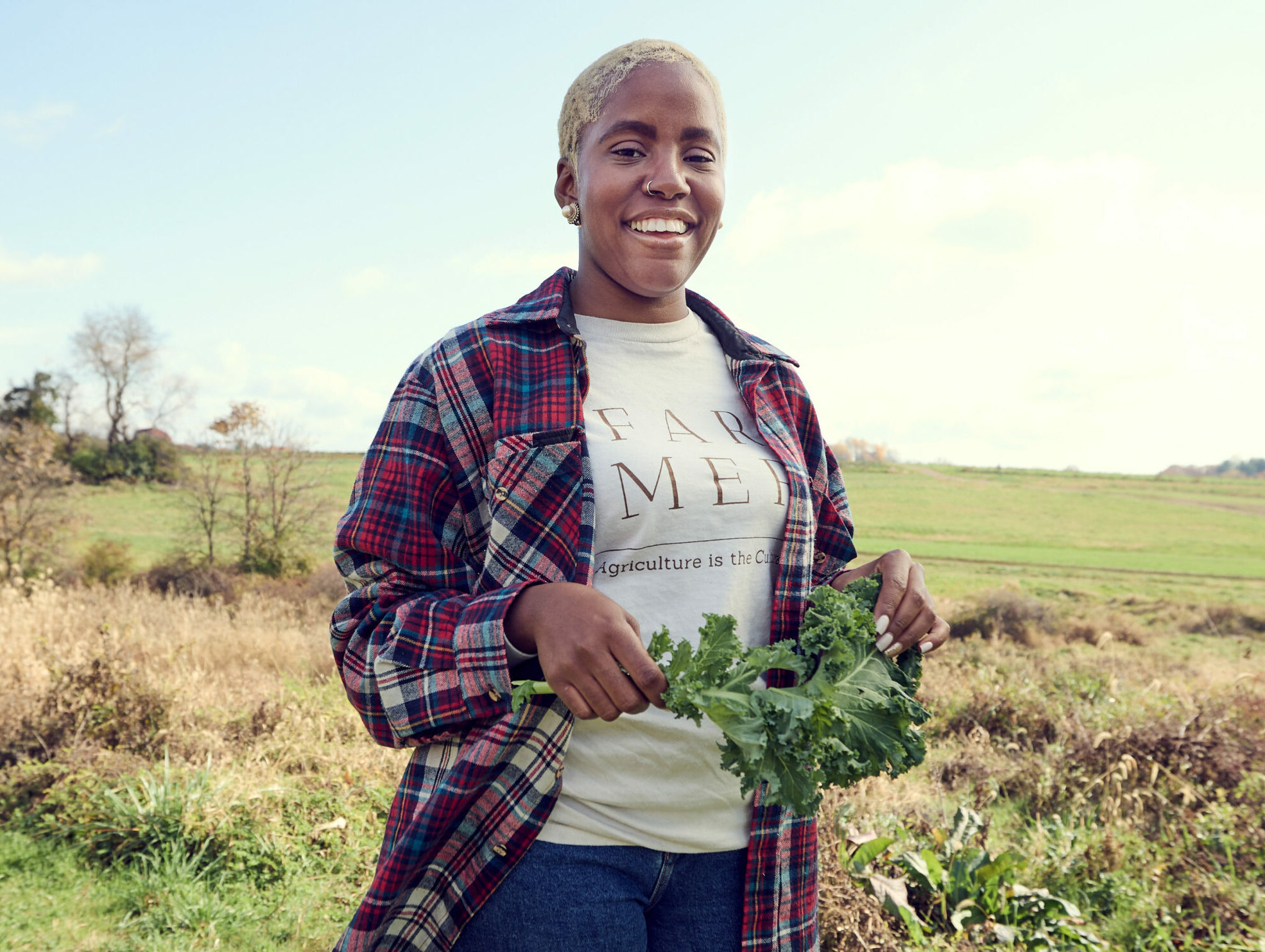 The founder of FarmerJawn Agriculture struck a deal to lease the 123-acre farm at the sprawling Westtown School in Chester County beginning next year.

Barfield is transforming it into an organic farm using an “unconventional model” she hopes will encourage more people who look like her to get into the business.

Details of the lease were not publicly provided, but Barfield described it to another outlet as a five-year deal at market rate. She is taking the reins from former resident farmer Pete Flynn, who has retired after leasing the land for nearly 30 years.

Barfield, a self-taught farming prodigy, never owned house plants, let alone touched soil, before quitting her job as a healthcare professional in 2018 in search of a new career.

She was burned out and in much need of a recharge when she traveled to the Caribbean island of Martinique. There she witnessed a thriving farming community and discovered her calling.

“I was in a peaceful place. I didn’t go into it thinking about what my life was going to become. It was just a return to self. Agriculture found me,” Barfield said.

The concrete jungle of Philadelphia hardly seems like the setting for a farming success story, but Barfield said there are huge misconceptions about how much land is available to grow produce in the city.

Eager to learn all she could about farming, she returned from her vacation and poured herself into the business. She did a walking tour of her neighborhood and noticed none of the local shops stocked a “vegetable in sight,” their shelves filled with unhealthy processed foods.

Barfield would go on to establish a “farm to cup” tea venture, Viva Leaf Tea, that produced teas made from herbs and plants she grew in a 24-square-foot greenhouse in her backyard.

“I figured I needed soil, I needed a light source, and I needed water,” she said.

Now, her burgeoning FarmerJawn brand–a play on the all-encompassing “Philly noun”–includes a community-supported agriculture program and nonprofit arm. She expanded her enterprise to the historic Elkins Estate, where she tends to five acres of farmland.

With the addition of the West Chester project, Barfield’s reach is now in the suburbs. She has burnished a reputation as someone preparing the next generation of farmers of color.

The head of school, Chris Benbow, described Barfield as having extensive experience with a “strategic vision” that made her the most qualified applicant following a months-long search for Flynn’s replacement.

The 34-year-old Barfield first learned about the opportunity from a former boarding school teacher who shared a connection with a social-justice cause in which the urban farmer was involved.

This is Barfield’s largest endeavor, but one she said she is ready to conquer with help from a dedicated army of allies and consultants.

One of the first steps was attending an auction at the West Chester farm, where she secured tens of thousands of dollars in equipment required to make the farm a success.

The farm will have a diverse range of crops, from corn to carrots, and Barfield’s personal favorite, beets–which is incorporated into the logo of her company.

Barfield said she is struck by how often people come up to her and marvel at the fact that she’s a “Black farmer.”

That idea once was not so novel. There were more than 900,000 Black farmers in America in 1920, according to the U.S. Department of Agriculture. But those numbers have dwindled significantly. Today, the USDA estimates there are fewer than 35,000.

Barfield said people of color have always had an “ancestral” link with the land with which she is looking to help them reconnect.

Of all the programs that will be offered at the West Chester farm, she relishes a food and farming incubator that will hopefully help Black and Brown people replicate the success that Barfield had.

The work she does now is an extension of the career that she left behind. Just like those first sprouts of tea-leaf seeds, she is hoping to grow this latest venture into a success.