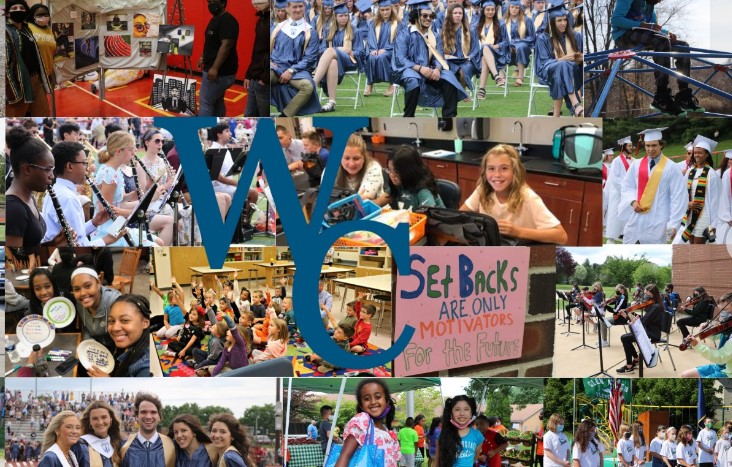 Delaware Valley Journal’s coverage of parents pulling their children out of the West Chester Area School District over incidents relating to Gay Pride Week celebrations garnered widespread community comment and national attention, but no comment from the district itself.

A week after DVJournal’s reporting on incidents ranging from middle school boys being encouraged to dress as girls, to students being told they couldn’t display American flags the way other students displayed pride flags, the school district commented.

“The West Chester Area School District (WCASD) is committed to providing our students and staff with a welcoming and supportive environment, and as such, we are always saddened to hear of instances in which our families do not feel that is the case,” a spokesperson said in a statement. “However, we do believe that the acknowledgment of Pride Week that was held at Stetson Middle School this June was in keeping with the numerous other awareness and spirit days and weeks that were held throughout the school year.”

Jim Jacobs told DVJournal he was concerned about the disparate treatment his 11-year-old son experienced compared with what Stetson Middle School officials permitted for other students during the Pride observances.

For example, while a male teacher wore high-heeled shoes in class and male students were encouraged to wear dresses, his son was told he could not wear Uggs footwear to school, although he had been permitted to wear them the previous year. And his son and friends were told they could not wear American and Blue Lives Matter flag capes, although other students were permitted to wear gay pride rainbow flags as capes.

In a separate incident, Jacob’s niece, who will also be transferring from the district to a private school in the fall, was required to write a book report, but only books with Black or transsexual characters were allowed, Jacobs said.

The WCASD statement disputed those claims.

“The district did not and does not instruct either male or female students or staff to dress in a particular manner, but rather our dress code does allow for any student or staff member to dress as is comfortable for them provided that the clothing is safe, appropriate, and does not disrupt the school environment. As with all other awareness events such as Breast Cancer Awareness Week or Crazy Sock Day, student and staff participation is always voluntary and any demonstrations of support are to align with the dress code or student code of conduct.

“During the recognition of Pride Week, students and staff were allowed to wear pride-inspired clothing and accessories if they wished to do so, which included a pride flag on a specific day of the week. While some of our students instead chose to wear the flag of the United States of America in the same manner as a show of respect and patriotism, it was explained to them that it is actually under the U.S. Code that in respect to the flag it is never to touch the floor, to be worn as a cape or apparel, or used in a manner that may permit it to easily be torn or damaged. Our students understood the grave and special place the flag holds in our country and returned them safely to their lockers.

“Helping our students to grow in their knowledge and awareness of the many different facets that make up our vibrant community while also supporting them to join and better that community through their unique talents and perspectives lies at the heart of our work as a district.”

Jacobs said the district’s response was “blowing smoke.” He does not believe it was concerned about the American flag and its response did not mention that a student was offended by the American and Blue Lives flags and complained.

And teachers and students who disagree with the district’s “woke” agenda are afraid to speak up because they will be called racist or transphobic.

“They put the fear of God into everyone.”

As for his son, “He doesn’t have to be indoctrinated at 11 years old,” Jacobs said.

Elana Fishbein, the Lower Merion mother who founded No Left Turn in Education, a parents’ group that is holding school districts accountable for left-wing indoctrination, said the district’s remarks were not factual.

“Students are given intrusive surveys that collect personal and family information from students without parental consent,” she said.  “Sexually explicit, suggestive, manipulative, and pornographic books and material have been readily available to minors and promoted in the school libraries, classes, and lessons.  So it comes as no surprise that many parents are fed up and plan to enroll their children elsewhere for the fall.”

A teacher who is a local member of No Left Turn in Education, but asked that their name not be used because of their job, said about the WCASD statement, “Sounds like spin to me. Are they saying the boys allowed the flag to touch the floor? Are they also saying that another student did not complain about the American flags as originally reported? Considering the rest of the story–the teacher parading the pride flag around the cafeteria, students being asked to pose in front of the pride flag, the student being told he couldn’t wear slippers (which were actually Uggs) while his male teacher wore stilettos– it’s hard to believe the school here.”