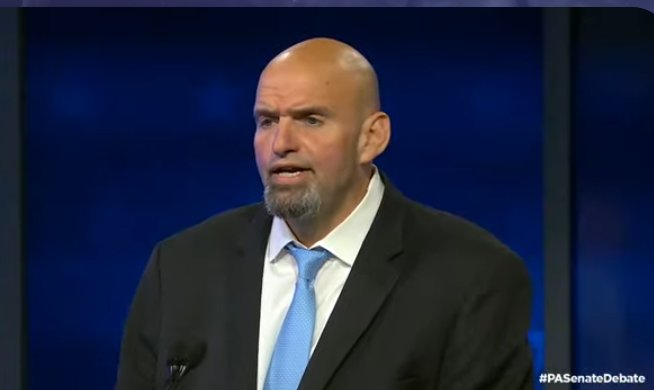 In Tuesday’s Senate debate, Democrat John Fetterman dinged Republican Mehmet Oz about his “10 gigantic mansions.” However, Fetterman’s properties have also become an issue in the campaign.

A watchdog group wants the Senate Select Committee on Ethics to investigate Fetterman for failing to report property on his financial disclosure forms, as required by Senate members and candidates.

The Fetterman campaign countered he was not required to report on properties that did not produce income. The discrepancy seems to hinge on different sections of the Senate ethics committee’s financial disclosure instructions.

The Foundation for Accountability and Civic Trust, or FACT, filed a complaint with the ethics committee that pointed to Alleghany County records saying Fetterman’s July 29 financial disclosure form did not report eight real estate properties that he owns.

But the disclosure laws and Senate rules did not apply to these properties, the Fetterman campaign contended.

“These properties don’t produce any income and are not investment properties, so John did not need to disclose them,” Fetterman campaign spokesperson Nicholas Gavio told the Delaware Valley Journal in an email. That statement has also appeared in other media outlets.

The campaign’s response is disappointing, said Kendra Arnold, executive director of the Foundation for Accountability and Civic Trust.

“Homes or investment property, all real property is in one of those two categories,” Arnold told the Delaware Valley Journal. “There is not a ‘bought it just for fun’ category.”

The Fetterman campaign’s rationale would allow someone to avoid reporting stock or other investments that lost money, Arnold said.

“In the past, we’ve filed these complaints and candidates have said they didn’t understand or it was an oversight, and updated and amended their filing,” Arnold said. “Then it becomes a moot issue. Our hope is that candidates and senators will see complaints and take their ethical duties seriously.”

Property has been an issue in the fiercely contested Pennsylvania Senate campaign, as Oz had once stated he owned two homes, and The Daily Beast later reported he owns 10 houses. Oz responded that he reported the properties on his financial disclosure form. But the Fetterman campaign later attacked the doctor and former talk show host for being out of touch.

Senate ethics rules and federal law require Senate candidates to fully disclose financial information including assets, debts, and income as well as any position held. As for assets, FACT contends a candidate must report anything with a value exceeding $1,000.

“The Senate Select Committee on Ethics must act to ensure compliance with the most basic ethics requirements to maintain the public’s trust,” the complaint said. “Senate candidate Fetterman’s failure to disclose his assets and apparent failure to comply with federal law must be investigated and appropriate sanctions imposed.”

The complaint quotes from the Senate disclosure instructions.

“Report the complete identity and category of value of any interest in property attributable to or held by you, your spouse, or your dependent children in a trade or business, or for investment or the production of income, with a fair market value exceeding $1,000 as of the close of the reporting period or from which you received or accrued unearned income in excess of $200 during the reporting period,” the disclosure instructions say on page 14. “You must report the value of each asset and the type and amount of income generated by each asset or received from each source.”

In fact, a few pages after the portion cited by the FACT complaint, the disclosure instructions seem to provide some cover for the Fetterman campaign.

“Generally, you are not required to report a residence if it is not used to produce rental income,” the disclosure instructions say on page 17. “If any portion of a personal residence or other real property was rented for any period during the reporting period, or if the property includes a working farm, ranch, mineral excavation, or other income-generating asset, the property must be reported. Other requirements may apply if the real property is held by a trust, LLC, or other entity.”