SAUNDERS: China Is the Antithesis to ESG Love Affair 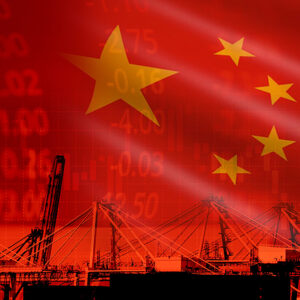 The pushback against Environmental, Social and Governance has begun. It’s coming from market influencers like Vivek Ramaswamy, cultural influencers like Dilbert creator Scott Adams lambasting it in his (banned) comic strips, and 19 Republican governors going after the banks that push it. It’s a good thing.

Washington and Wall Street want to save the planet, much of it choking on Chinese coal dust. Its Environmental, Social, and Governance (ESG) policies, particularly the Security and Exchange Commission’s ESG policy proposal for investors, pretend China exists on another planet. Big business and big investment houses wouldn’t have it any other way. They’ll punish the locals for not being environmentally sound. But China can throw chemicals down a river and burn a thousand suns, and it’s OK.

Adherence to ESG rules would make it more expensive to do business in the United States. It is another bad idea that will further drive manufacturing away from the United States and into Asia, led by China.

The SEC is not alone.

An ESG bill passed the House of Representatives in 2021. Financial Services Committee Chairwoman Maxine Waters said, “It’s past time Congress makes ESG requirements explicit.” There are two ways to interpret that. One: make sure investment products and companies declaring to be ESG have the same metrics. Two: ensure companies comply with climate policies to keep them ESG-friendly. Both are valid points if ESG policies are mandated by the SEC or Congress. That bill is now in a Senate committee. It will likely die there.

ESG is a U.N. endeavor that became an investment product. It’s big in Europe. The idea is that portfolio managers and lenders will direct capital to companies that are easy on the environment, hire women and minorities, and are good corporate stewards of the communities they serve. As a standalone, no one is against this idea or real, quality metrics that provide transparency to ESG investors.

But ESG has moved away from being just an investment product. It’s political now. Democrats fully embrace ESG. Republicans, not so much. Significant “woke capital,” as Ramaswamy calls them, loves ESG.

Shareholders can weaponize information from where a company’s electric power comes from to how much fertilizer the local rancher was selling beef to Cargill is using, all to pressure a business based on climate risk or other social causes packaged as environmental justice. Compliance requires costly lawyers who understand the rules. Business leaders then need to shift gears to ensure they are not running afoul of the climate police — which includes global bankers like Rabobank and asset managers like BlackRock that threaten to take their bank loans and investments elsewhere.

The proposed SEC rule will not only define ESG standards but it will also require publicly traded companies to comply with lowering greenhouse gas emissions or risk losing their lenders. This also affects private companies that sell to publicly traded ones. “Not green enough? Sorry, we need to find a greener partner.”

It’s everywhere. The Department of Labor is proposing new rules on pension plans that will require ESG investments as a matter of fiduciary duty.

ESG is voluntary for now. Democrats want to legislate its permanence. They are easily sold on ESG as good for the planet. Big lenders see it as corporate uniformity, doing “good,” and risk reduction. But if implemented, the SEC proposal will be a mega headwind for the United States as greenhouse gas emissions become a costly investment risk — despite the U.S. being a leader in reducing greenhouse gases and environmental standards.

None of these climate policies exist in application anywhere in China.

ESG was designed to be voluntary. Now its strictest adherents, which include major Wall Street investors and lenders, want it to be mandated. Meanwhile, the usual hypocrites at global companies who are ESG fans will continue sourcing from China, where widgets are made thanks largely to coal-fired power plants. Those are bad here. Not ESG enough. But weak environmental rules and no women in power anywhere, that is perfectly fine in China.

No U.S. company should be forced to follow a climate policy its biggest rival can ignore. ESG must remain an optional investment product, not an investment policy.