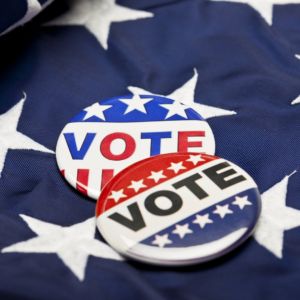 Radnor GOP Chair Howard Gartland began getting complaints this week from people who had requested mail-in ballots from the county but received ballots with someone else’s name and address on the inside, return envelope.

Gartland told DVJournal he advised them to take the ballots to the county Voter Services Center in Media or to vote in-person with a provisional ballot. However, he noted, “provisional ballots are only counted in a very close race.”

“We almost certainly have people voting for other people,” said Gartland. One resident knew the person whose name was on the inside of her ballot and called her about it, he said.

Bryn Mawr resident Kathy Bogosian said she had gotten a ballot with someone else’s name inside.

“I was concerned,” she said. “If I got one wrong ballot, then other people did, too.  I thought, ‘What idiots.’” The election on Nov. 2 involves local municipal and county officials and school board members, which are often decided by a handful of votes, Bogosian said.

“A few ballots could make a big difference.”

Contacted by DVJournal, Director of Election Operations James Allen acknowledged the county had, in fact, mailed out 670 incorrectly marked ballots.

He blamed a vendor that “misprinted outbound envelopes.”

“In one of the smaller, final files, our printing and mailing vendor misprinted outbound envelopes,” Allen admitted. “Those envelopes (and their contents) are being canceled so that even if they were to be returned, they cannot be processed. The vendor is working to mail out replacements to the affected individuals.”

Voters who receive the ballots with the errors can either wait for their re-mailed ballot, visit the Voter Services Center in Media for a new ballot (which would also cancel the re-mailed ballot), or go to their precinct polling place on Election Day to cast a provisional ballot.

“We truly regret this error, which surfaced yesterday, and that we are working to resolve as quickly as possible,” said Allen.

Meanwhile, Bogosian fears that, because of the slow pace of mail delivery, she doubts a replacement ballot that’s mailed this close to the election would arrive in time to be counted.

Bogosian, who is on the Delaware County Planning Commission, said she sometimes does not get mail from that office in time for scheduled meetings, despite the fact it’s mailed eight to 10 days in advance.

“I think the whole system is very bad and needs to be addressed,” she said. “At this point, I’m just going to go to the polls.”

Later, Allen, said that Gartland was mistaken and that provisional ballots are counted.

“Election administrators across the United States are committed to and required by law to process every single ballot, or partial ballot, that is legally valid and submitted on time,” said Allen.  “Unfortunately, there have been repetitions of old and entirely false memes that certain types of ballots are counted only if there is a ‘close’ contest. By law, election authorities must continue to process every valid ballot submitted by the deadline. This is one of the many reasons that elections are certified approximately two to three weeks after Election Day, regardless of whether any contests are close.”