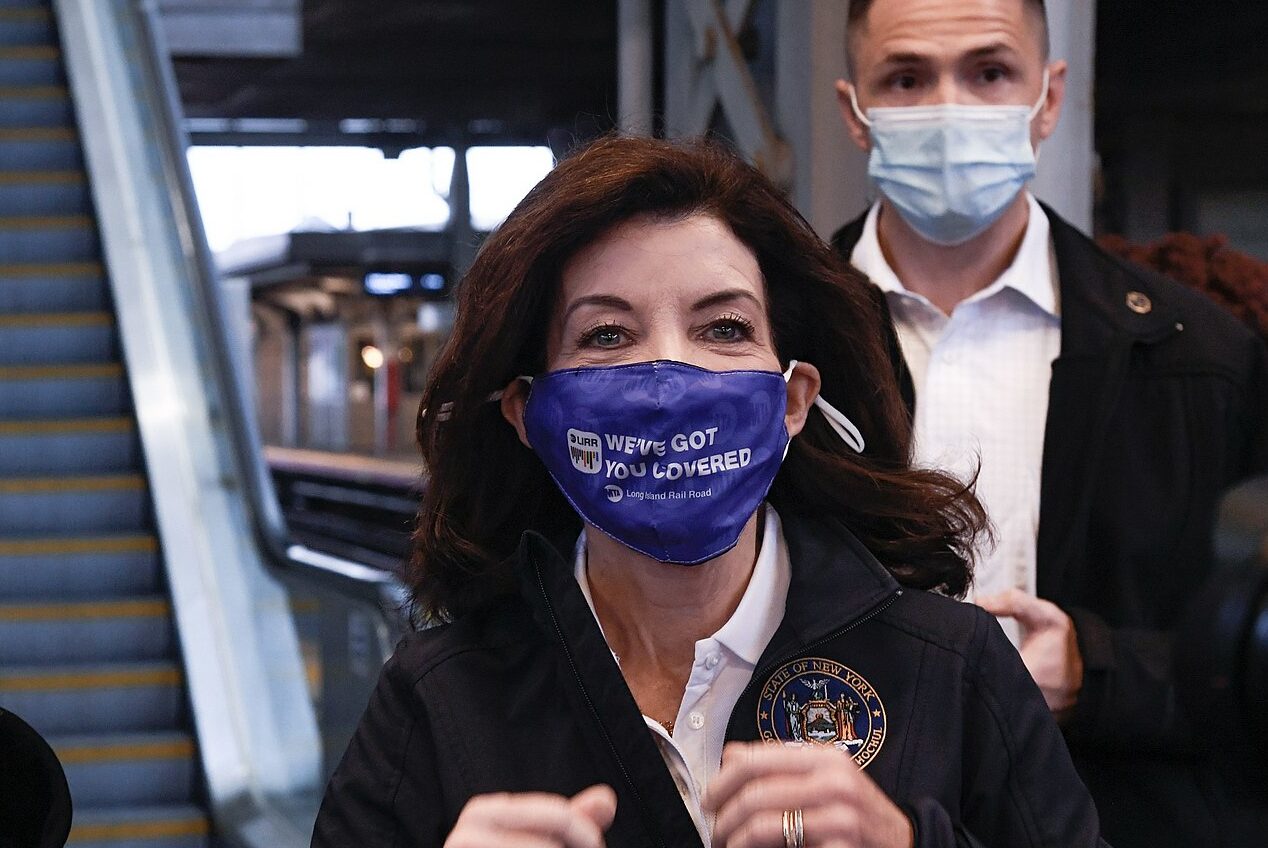 Pennsylvanians are shaking their head at New York’s governor for supporting what would be the first statewide ban on natural gas connections for new buildings.

Gov. Kathy Hochul (D-N.Y.) views the ban as a way of helping the environment.

“To make real progress on climate change, it’s time to tackle major sources of pollution head-on, ensure greener housing is available to all New Yorkers, and pave the way toward a more sustainable future,” the governor said after her recent State of the State address. “This transformative investment in green infrastructure will cement New York’s status at the forefront of climate action and ensure equity in our transition to a cleaner, greener state.”

Hochul’s move follows New York City, which passed its own ban on gas-powered heaters, stoves, and boilers beginning in 2023. Her blueprint calls for the state to pass legislation requiring all new buildings to use zero-emissions sources of heat by 2027, which would end the use of natural gas.

Critics say that is short-sighted.

“If we look at the switch from coal to natural gas, look at the benefits that have occurred just in air quality from there,” Weaver told Delaware Valley Journal. “The fact of the matter is they want to electrify everything, but the majority of the production of electricity in the northeast comes from natural gas!”

The state that could be providing that natural gas to New York is right next door in Pennsylvania, the second-largest natural gas-producing state in the nation. (Texas is number one.)

“If not for the advent of modern natural gas development, the United States could not claim much of the significant clean air and climate progress we have achieved,” said Marcellus Shale Coalition president David Callahan. “If New York is truly serious about addressing climate matters and ensuring around-the-clock affordable power, the state should pursue policies that preserve energy choice and encourage natural gas generation.”

Gregory Wrightstone, executive director of the CO2 Coalition, says the ban is a solution in search of a problem.

“New York’s plan to ban all new hookups of natural gas to buildings throughout the Empire State is a horribly misguided attempt to cure a non-existent crisis,” says Wrightstone. “This proposal would restrict New Yorkers’ options on heating homes and cooking meals to one imposed on them by government dictate (when) natural gas is an affordable, abundant and clean-burning fuel already used safely by millions of citizens across the state.”

Restricting citizens’ fuel choices to only heat and cook with electricity would significantly increase demands on an electric grid that Wrightstone says is already stressed by increased reliance on intermittent energy from wind and solar.

“Texas’ near-collapse of its entire electric grid last February should be a wake-up call to regulators across the country that renewable energy just cannot meet the demands of a growing economy,” says Wrightstone. “A ban on new natural gas hookups will increase costs and decrease grid reliability.”

New York is not alone in the push to ban natural gas from new construction. Deep-blue cities like Berkeley, Calif., and Seattle, Wash. have imposed similar measures. In response, 20 states have proposed or passed laws preventing municipalities from cutting willing customers, including Pennsylvania.

The Pennsylvania Senate passed such a bill, sponsored by Environmental Resources and Energy Committee chair Sen. Gene Yaw (R-Lycoming), with a vet0-proof majority.

“Banning specific fuel sources in pursuit of ‘clean energy’ makes zero sense in Philadelphia and beyond,” Yaw said in an editorial published last week. “Protecting energy choices for consumers means residents can pursue “cleaner” electricity sources if they want to or can afford to, while not punishing those who don’t have the option.”