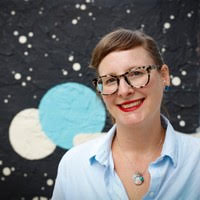 That was James Carville’s advice to Bill Clinton’s 1992 presidential campaign. Thirty years later, the economy is again a top concern of voters.   However, this time the advice from the small-business community is, “It’s the economy and democracy, stupid.”

Small businesses are raising their voices about protecting democracy. They know that a strong democracy is crucial for a vibrant entrepreneurial economy. The two go hand in hand. Polls show that businesses, small and not so small, are concerned about the state of our nation’s economy and they want Congress to act.

Small businesses thrive when entrepreneurs know that their investment of time and money can lead to successful, profitable businesses for themselves, their families and their communities.

This confidence drops when our democracy is threatened to be replaced by an autocracy, one-party rule, in which government leaders are no longer chosen in free and fair elections. Under autocratic governments in which leaders are not concerned about the opinions of voters, only the politically well-connected are favored by government policies, consumers reduce spending, not all entrepreneurs have access to the marketplace, and successful businesses are in jeopardy of being shut down or taken over by big campaign supporters of those in office. Free market capitalism dies.

After the 2020 election through Jan. 6, 2021, we now know that there was a concerted effort to deny the will of the voters. The congressional hearings have exposed the anti-democracy supporters among us. Had they been successful, America would have been on the path to an autocracy that small-business owners fear.

Fortunately, a bipartisan group of senators understood that Congress needed to protect democracy by reforming the ambiguous 1887 law regarding the federal role in certifying the president and vice president based on state elections. These nine Republicans and seven Democrats have co-sponsored a bill to update and improve the 135-year-old law.

The bill, “Electoral Count Reform and Presidential Transition Improvement Act,” would provide clear instructions for how states should submit their electors to Congress and how Congress should process and certify the election results every four years.

This bill is not perfect. More needs to be done to ensure that bad state actors do not replace the will of the voters with their own favored candidates. However, the bill is a vast improvement over the current law.

Business for Democracy, a campaign of the American Sustainable Business Network, has launched seven state collaboratives, with more on the way, to use the trusted voice of small businesses to elevate the issue of protecting democracy so that it will be of concern to voters this November.

These state Business for Democracy collaboratives are asking their senators to support the Electoral Count Reform Act. In addition, they are also calling for their states’ congressional candidates to commit to voting next year for two other pieces of legislation, the Freedom to Vote Act and the John Lewis Voting Rights Advancement Act.

These voting reform measures make up the three-legged stool needed to hold up our democracy.

The Electoral Count Reform Act can and should pass this year so that we never have another overt or covert effort to deny the will of the voters as to who will be their president and vice president.

Members of Congress who fail to support this act and congressional candidates who refuse to support the other two bills to protect democracy need to be reminded by voters, “It’s the economy and democracy, stupid.” Then vote accordingly.