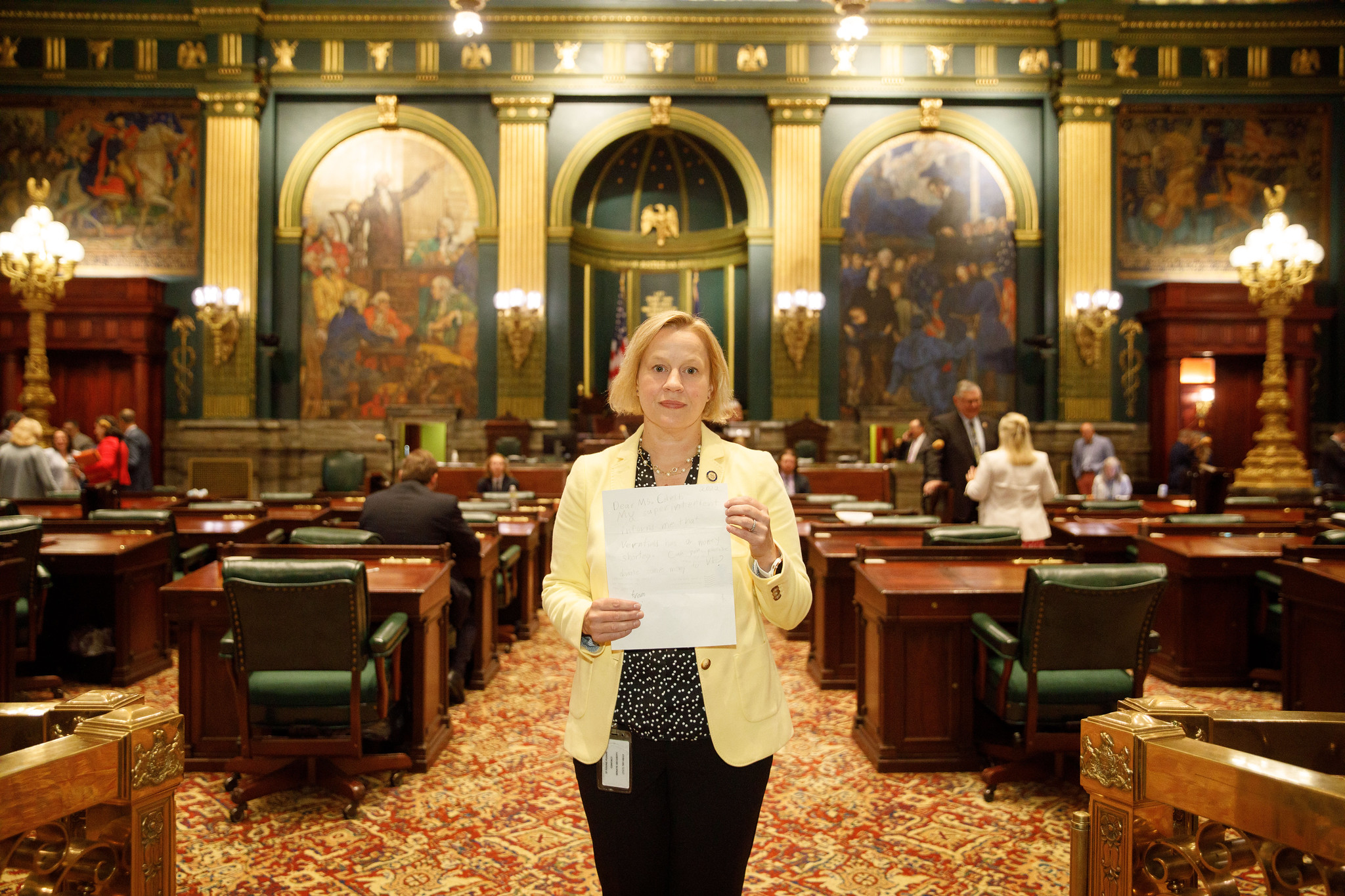 The Pennsylvania legislature has passed a $45.2 billion budget for fiscal year 2022-23, about a week past its due date. Gov. Tom Wolf is expected to sign it.

The massive spending package includes an $850 million increase for public school districts and more for mental health and environmental preservation. While it increases spending by 2.9 percent, it also pays down $2 billion in debt, adds $3 billion to the rainy day fund, and another $3.6 billion to the general fund for future needs.

Delaware Valley representatives are giving the budget a thumbs up.

“This state budget is a victory for taxpayers, schools, and our environment,” said Rep. Chris Quinn (R-Media). “My colleagues and I have passed a budget that includes a record level of support for education and $100 million in school safety and security funding…I am very gratified this budget meets the guarantees in our state constitution to protect our natural resources by funding the largest environmental program in a decade to protect our streams, develop parks and provide for other conservation-related projects.

“That we have done this while reducing the job-crushing effect of the second-highest corporate income tax in the nation and enhancing our rainy day fund is an accomplishment of which I am proud,” said Quinn.

Rep. Napoleon Nelson (D-Glenside) also praised the budget, which passed overwhelmingly in both the House and Senate, with only 20 votes against it in the House and only three senators voting no.

“I’m grateful my colleagues on both sides of the aisle were able to meet on common ground to get this budget passed,” said Nelson. Of the education spending increase, $27 million will go to Montgomery County schools, he said.

“The commonwealth’s crucial Property Tax/Rent Rebate Program saw an increase in funding upward of $140 million,” said Nelson. “This is much-needed funding for individuals on fixed incomes. As it stands today, this funding will provide current participants with another one-time check equal to 70 percent of what they receive in this year’s rebate.”

Nelson noted the budget also includes incentives for research and development and biotech, adding “we even increased the film industry tax credit.”

Rep. Tracy Pennycuick (R-Montgomery) said, “I was pleased to vote in favor of a budget that dedicates a record amount of funding for our environment, including more funding for the state’s conservation districts to improve nutrient management, flood control, permitting, and other conservation-related projects. Additional funding is also invested in the Small Water and Sewer Program which benefits municipalities across the state.

“In order to bring more job creators to Pennsylvania, we are reducing the Corporate Net Income Tax on businesses, which is currently the second-highest in the nation. We also expanded some deductions and deferred certain tax liabilities on capital gains to help those in the small business sector still recovering from the pandemic and now dealing with record inflation.

“Schools are also receiving record increases across the board for basic education, special education, Head Start, career and technical education, mental health, and safety and security. In total, we are looking at approximately $15 billion in Pre K-12 education funding,” said Pennycuick. “This funding will go a long way locally to make sure our students are receiving the best education possible.”

Sen. Maria Collett (D-12 Montgomery/Bucks) said, “With an unprecedented revenue surplus and billions in federal ARP funds on the table, I fought hard for a budget that would bring about meaningful change for the people of the 12th District and all Pennsylvanians, for everyone who is struggling to stay afloat amidst record-high gas prices and housing costs, inflation, and the lingering effects of the COVID crisis. While this budget does not do all the things I had hoped it would, it goes a long way in addressing some of our most pressing needs, including many of the priorities my constituents have expressed to me, such as childcare costs, public school funding, mental health programs, public safety and gun violence prevention, relief for small businesses, and more.”

Collett added, “These are huge wins for students, parents, teachers and schools. I heard from well over 1,000 constituents who told me education was their top budget priority – one elementary school student even sent a hand-written note advocating for her school. I can’t wait to share this news with her.”

But Collett also took a partisan swipe at the Republicans, who she said, “attempt to place blame for a late budget at the feet of Governor Wolf and bask in the glory of their perceived magnanimity, let’s not forget that the weeks of delays were caused by their unwillingness to invest in you and that the record investments in education, infrastructure and healthcare are a direct result of Democratic leaders who held firm.”

Sen. Tim Kearney (D-Chester/Delaware) said, “This budget will greatly benefit Delaware County and the Delaware Valley. It enacts a nearly $1 billion investment in our schools, particularly the most inequitably funded schools serving Black and Brown communities, and puts hundreds of millions of dollars in mental health services and community-based violence prevention strategies. This budget recognizes what our constituents in the Southeast have been demanding for years – that the state pay for its responsibilities rather than putting all costs on the back of property taxpayers.”

And Sen. Bob Mensch (R-Bucks/Montgomery/Berks) said he remembers the 2008 budget when there was a large surplus from the Obama administration. That surplus was spent expanding government rather than dealing with one-time expenses. The result was deficits in subsequent years. This time the legislature was careful to set aside money so that does not happen again, he said.

”We wanted to be very careful with our investment,” said Mensch. He praised the reduction in the business tax that will begin to make Pennsylvania more competitive with surrounding states in attracting businesses and jobs.

“We expect to see a lift in the economy,” said Mensch.

The Commonwealth Foundation, a free-market think tank, raised concerns about the level of spending and its potential impact on future taxes.

“This budget represents excessive growth in government spending, increasing state spending by 10.7 percent over last year’s appropriations, and setting the state up for possible future tax hikes,” said Nathan Benefield, senior vice president. “Of particular concern is the massive $1.5 billion increase in public school funding (11 percent over last year’s budget). This increase comes despite declining enrollment and test scores and school districts stockpiling more than $5.29 billion in reserve funds. The additional funds will do little to give parents greater control over their children’s education.

“One budget bright spot is the largest tax credit scholarship increase since the program’s inception, despite the governor’s open hostility to the program. The increase will provide educational opportunities to an additional 31,000 K-12 students,” he added.

“The bipartisan budget agreement shows that it’s possible to compromise and make progress simultaneously, especially when it comes to our state’s most valuable long-term assets– children,” said Cooper. “Each day we still witness children carrying a very heavy burden, as the pandemic amplified challenges that already existed. Although not at the scale needed to lift their unjust burden completely, this budget responds to the core issues they face. At long last, our hard work is paying off for kids.”