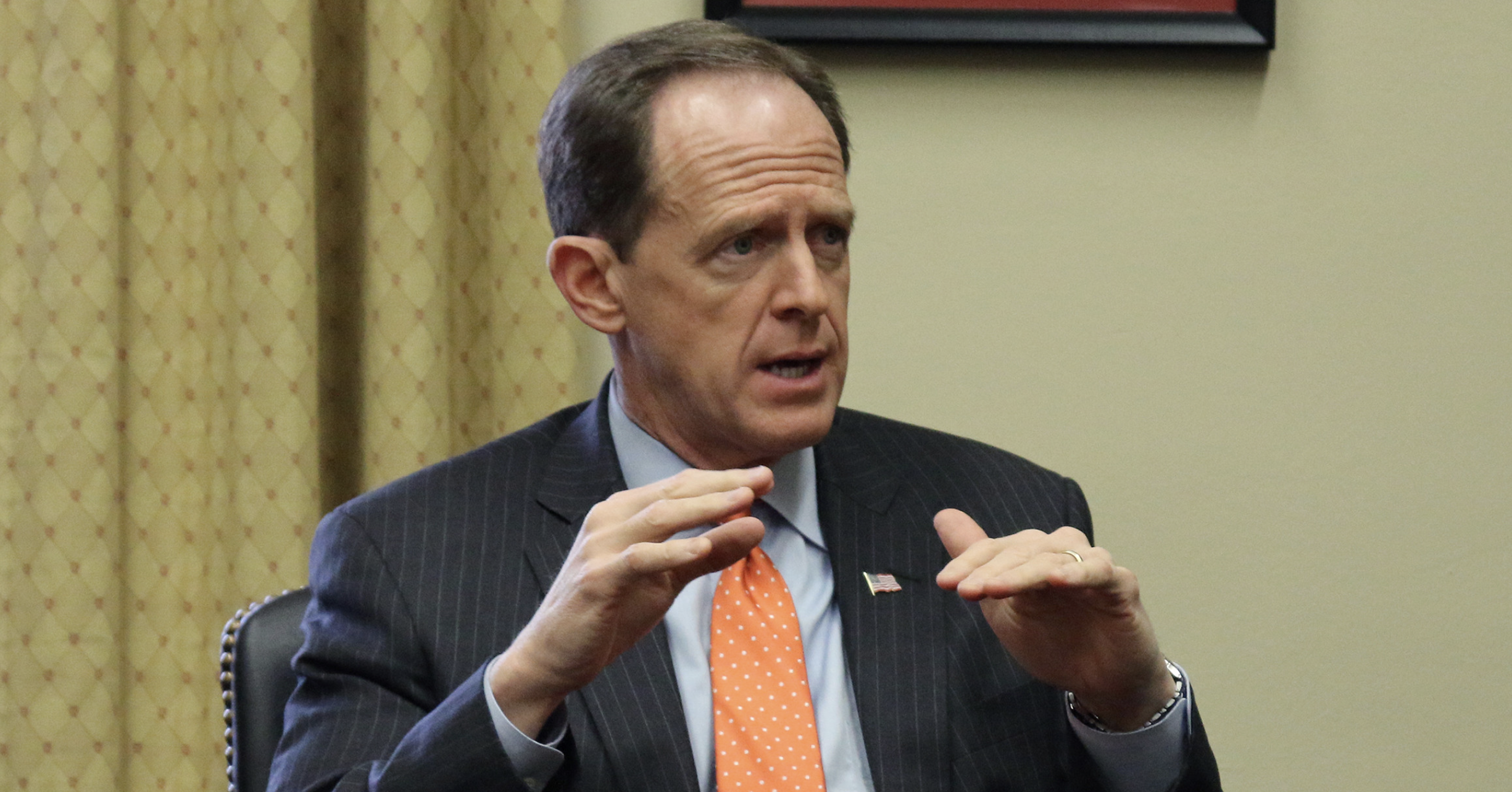 As a general matter, as a body, I think we all understand we are not that popular, but I don’t think I have ever worked with a more impressive group of individuals. So I appreciate having had that chance.

I also have to thank the people o this great Commonwealth of Pennsyl- vania that my family and I get to live in. Leader McConnell  used my line. It is true, and I say it all the time, and will always be true; representing Pennsylvania in the U.S. Senate for these 12 years has been the greatest honor of my professional life. I will always be enormously grateful to the wonderful people of this great State for their entrusting me with this awesome responsibility.

I am also uniquely grateful to the people, the volunteers, who made those campaigns successful.

When I think about my mission in the Senate, I think about two complimentary aspects of it. First, it is to represent and defend the specific interests of Pennsylvania, and I tried to do that to the best of my ability.

You know, I think sometimes we are such a big and diverse state that what is good for Pennsylvania is usually good for America and vice versa, but it has also been important to me to defend and advance the cause of personal freedom. In the hierarchy of political values, freedom is first for me.

I think the purpose, the real purpose of government is to secure the blessings of liberty, and government too often is the source of restrictions on our freedom instead. But in this category of defending and advancing personal freedom, my focus has tended to be the economic realm.

Economic freedom is a fundamental aspect of personal freedom, and there is awell-documented high correlation between a society’s economic freedom and the level of prosperity and th standard of living of the people in that society.

So you probably won’t be surprised to learn that I think my biggest legislative accomplishment was that opportunity that I had to be a part of a small group of Senators, Finance Committee members, who got a chance to develop and help pass the 2017 tax reform. That group included Sen. Portman, Sen. Scott, Sen. Thune, and countless hours that we spent in a conference room dealing with what was a very complex product. We took our draft, and we presented it to our colleagues, and over a course of many weeks, we kind of iterated our way to what became the most sweeping tax reform in at least 30 years. And we expanded economic freedom with that product. Honestly, I have to tell you, I think the results were even better than what we had hoped for.

By the time the tax reform had been fully implemented—I think calendar year 2019—we had the strongest economy of my lifetime. We had strong eco- nomic growth, a 50-year low unemployment, all time record-low unemployment for African Americans, all time record-low unemployment for Hispanic Americans and other ethnic minority  groups. Wages were growing, and they were growing faster than the rate of inflation, which means that workers  were able to see a rise in their standard of living. And wages were growing fastest for the lowest income Americans so we were also narrowing the income gap.

We ended corporate inversions. There hasn’t been one since. Remember how frequently they were occurring?

And with a lower corporate tax rate but also fewer deductions, business boomed. The corporate tax rate was down to 21 percent. This year, with a 21-percent top rate, we are exceeding the revenue projections that were made prior to tax reform when the rate was 35 percent. This is not just about inflation.  As a share of our economy, total federal tax revenue is at a multi-decade high. So much for the thought that we were going to increase the size of the deficit from the tax reform.

Oh, and by the way, we also made the Tax Code even more progressive than it was. That is right. Higher earners now pay a greater portion of the total tax burden than they did before our tax reform.

I know my Democratic colleagues were skeptical about this, and I understand. But I would like to suggest, the data is in, and it is really good. There are important provisions that are scheduled to expire, and I do hope that Congress and the administration can find a bipartisan path to extending—or better still—making permanent these otherwise expiring provisions.

(Please look for Part 3 of Sen. Toomey’s remarks in an upcoming issue of the Delaware Valley Journal.)