Fetterman Debate Plan Would Delay Face-Off Until After Voting Begins 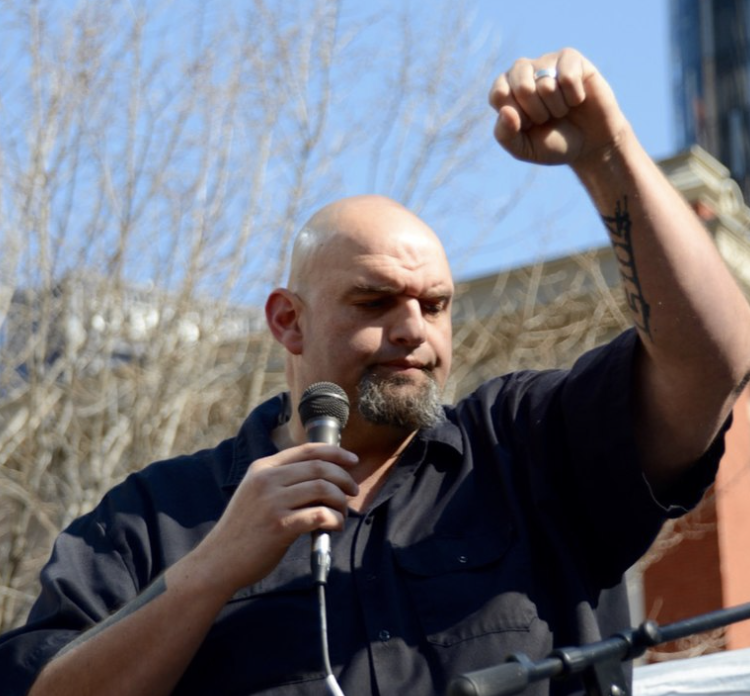 Democrat Lt. Gov. John Fetterman released a statement agreeing to one debate with Dr. Mehmet Oz, his Republican opponent—though early voters would not see it before casting their ballot. And, the Oz campaign noted, Fetterman’s pledge does not come with any details, such as a date or location.

“We’re absolutely going to debate Dr. Oz, and it was always our intention to do that,” Fetterman said in a statement. “It has simply only ever been about addressing some of the lingering issues of my stroke, the auditory processing, and we’re going to be able to work that out.

“We will debate sometime in the middle to end of October—as each of the past two Pennsylvania Senate races have—on a major television station to reach voters across the commonwealth. We are still finalizing the details.

“There is literally zero precedent in modern times for having U.S. Senate debates in Pennsylvania in early September. That was never going to happen. All of these debates have always occurred in the middle to late October.

“But let’s be clear this has never really been about debates for Dr. Oz. This whole thing has been about Dr. Oz and his team mocking me for having a stroke because they’ve got nothing else,” he said.

At a rally in Bucks County Saturday night, Oz said Fetterman’s statement was insufficient. “To actually agree to a debate, you have to actually have a date and a location,” Oz said.

And Fetterman’s demand for a single debate in late to mid-October means many voters will have mailed in their ballots before the event is held.

On Sept. 8 Oz tweeted, “John Fetterman’s misinformation campaign is busy tonight. Here’s the reality: I have committed to 6 debates in September and October. Fetterman has committed to 0. Absentee ballots go out September. 19. We need to be debating early and often.”

Brittany Yanick, a spokeswoman for Oz said Friday, “There is now a ZERO-percent chance that John Fetterman agrees to a debate between now and when absentee ballot requests can begin to be processed and ballots go out on September 19th. By refusing to debate Dr. Oz before mail-in ballots are sent out, John Fetterman is insulting Pennsylvania voters by denying them the opportunity to assess his health and to hear him try to defend his radical views on the debate stage.”

Fetterman, who suffered a stroke in April, only recently returned to the campaign trail. His public statements and struggle to speak have raised more questions about his ability to serve in the U.S. Senate. “If Mr. Fetterman is not well enough to debate his opponent, that raises serious concerns about his ability to serve as a United States senator,” the Pittsburgh Post-Gazette editorial board wrote last week.

Despite being off the campaign trail, Fetterman has been ahead in the polls, although those surveys have tightened lately. Fetterman has also been running numerous ads attacking Oz as a carpetbagger and for Oz’s pro-life position. Fetterman rallied for Planned Parenthood in Blue Bell on Sunday.

Oz’s ads and those of supporting PACs paint Fetterman as soft on crime for his votes to release numerous criminals while chairing the Board of Pardons. The board has recommended 50 commutations since Fetterman became chairman. Gov. Tom Wolf granted 47 of them, according to state records.